Repercussions of the Mounting Tension Between Iran and Europe 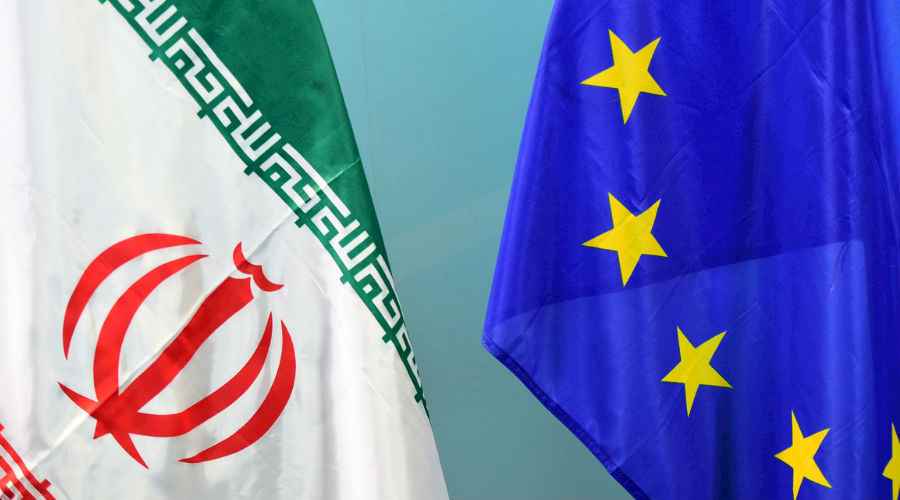 Iran is keen to maintain good relations with the European countries at the current stage because they can help it cope with US pressures. These relations gained added importance after the withdrawal of the US from the nuclear deal and the re-imposition of sanctions on Tehran. However, Iran has not changed some elements of its foreign policy, which continually widens the differences between it and European states and may eventually undercut its ability to contain the repercussions of the US sanctions, with the approaching date of the toughest batch of sanctions, set to start on November 5.

A crisis has hit the relations between Iran and the European states after the latter accused the former of involvement in the attempted bombing of the Iranian opposition conference, which featured prominent regional and international political figures, in Villepinte, a city in northern France, on June 30, 2018. Three months after the arrest of two Iranians in Belgium and an Iranian diplomat in Germany (working at the Iranian Embassy in Austria) on charges of participating in that attempt, the French authorities has imposed sanctions on Iranian entities and officials, including freezing assets of the internal security unit of the Iranian Ministry of Intelligence and the Iranian diplomat Asadullah Assadi, who was extradited by Germany to Belgium, and Deputy Intelligence Minister Saeid Hashemi Moghadam.

These developments coincided with the decision of the French authorities to close “Center Zahra France” on charges of promoting extremism and supporting organizations, such as Hamas and the Lebanese Hezbollah.

Without doubt, this crisis may have multiple consequences on Iran’s stance on the recent US actions, which could be outlined as follows:

1- Reinforcing Washington’s efforts: Measures taken by European countries, such as France, Germany and Belgium, have again highlighted the US policy towards Iran, as one of its objectives is to stem Iran’s support for terrorism. In other words, this crisis will help Washington promote the actions against Iran, which is accused of being the world’s leading state sponsor of terrorism.

It seems that the administration of US President Donald Trump will try to exploit that crisis to convince many countries to take similar measures toward Iran, as some countries have not yet determined their positions on the sanctions imposed by Washington on Tehran, especially when the second batch of sanctions hit oil exports on November 5.

Against this backdrop comes the US national security council statement hailing the actions taken by the French authorities as “a strong response to the failed Iranian terrorist attack in Paris”. Noticeably,  US praise of the French stance came shortly after Washington had criticized some European countries of insisting on finding joint financial and banking mechanisms with Iran to avoid US sanctions.

2- A likely change in the attitudes: The new crisis may push some European countries to make a change in their policy toward Iran. These developments are an important indication that the nuclear deal reached by Iran and the P5 + 1 Group on July 14, 2015, which lifted the international sanctions imposed on 16 January 2016, has not prevented Iran from continuing its subversive activities, such as supporting terrorist organizations, developing its missile program, expanding its influence in crisis-ridden states, violating human rights, and targeting the opposition.

Therefore, such potential change could push European countries closer to adopting the US policy on Iran. Washington justified its withdrawal from the nuclear deal on the belief that the deal did not lead Iran to adopt a more moderate policy in dealing with regional and international developments. This was associated with the hopes of the administration of the former US President Barack Obama, which was counting on the agreement to strengthen the position of the moderates in Iran, who seek to improve relations with the outside world and enhance the prospects of reintegrating Iran into the international system.

3- Mounting pressure: The major European countries may ramp up the pressure on Tehran to not target the Iranian opposition, especially on European soil, and curb its regional interventions which have exacerbated various crises, particularly the Syrian crisis, in which it has heavily intervened to prop up the Syrian regime against the opposition forces and other terrorist organizations.

Thus, numerous estimates believe that European countries may exploit Iran’s need, to maintain economic relations with them to contain the repercussions of US sanctions, as a mechanism to pressurize Tehran to agree to new negotiations on the regional issues.

Recently, some of those states have tended to highlight the repercussions of Iran’s subversive roles in the region. In addition to the German Chancellor Angela Merkel remarks , on April 27, 2018, that “the nuclear deal is no longer sufficient”, referring to the need to broaden the scope of this agreement or to conduct new negotiations to reach a different one that includes other issues of common interest, she stressed also, during her visit to Israel, on October 4, that she “does not want to see Iranian presence in Syria”.

4- Reaching out to Russia: Despite the lingering differences between the two sides, some European countries may try to open channels of communication with Russia in order to reach understandings on how to ensure that Iran is brought out of Syria, in the light of Russian significant influence, which has become the main actor with the power to steer the course of political and field arrangements in Syria.

Seemingly, these states realize that there are substantial differences between Iran and Russia in Syria on the future arrangements, the position of the Syrian regime and opposition factions, as well as the form of the Syria regime in the post-settlement phase, and hence may use them to enhance the chances of driving Iran out of Syria.

Nevertheless, this does not mean that European states are moving towards abandoning the nuclear deal at present, because the alternative might be the military option, which they fear its repercussions will quickly spill over into their borders, as evident in the ongoing influx of refugees and immigrants and the terrorist operations on their lands. But they may use the current situation to compel Iran to stop its provocative activities, such as targeting Iranian opposition figures and developing the missile program.

There are no indications so far to suggest that Iran will bow to the potential pressures of European countries. Iran may even calculatingly stick to its policy during the next period, to signal that it will not make concessions in the near term, a tactic it may employ in anticipation of the new US sanctions, which are set to create further tension in its relations with Western countries in general.