How Iran is Dealing with the Tripartite Military Strike on Syria 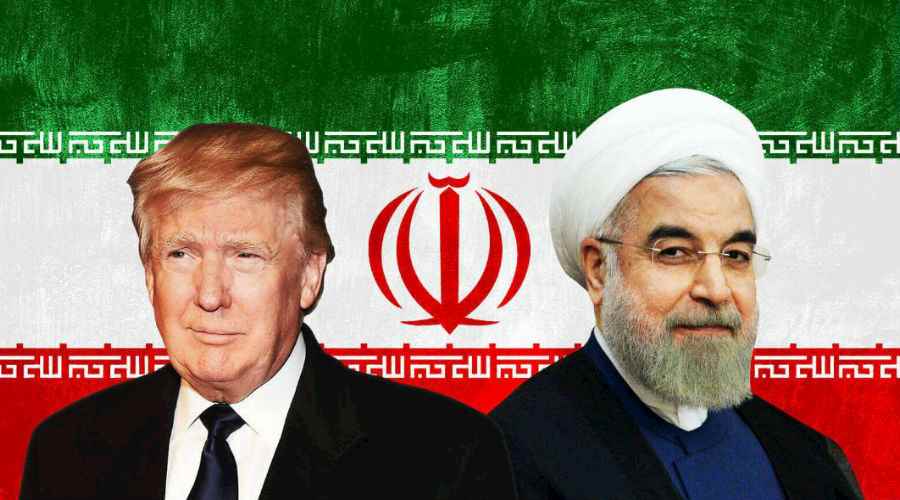 Tehran sought to downplay the strike launched on the Syrian regime on April 14 by the United States, Britain and France, and its impact on the regime. However, the strike is a significant indication to a number of important developments of concern for Iran. These include the British-French identification with the United States’ President’s position on Syria. This means that these understandings would possibly be expanded so as to include the Iranian nuclear program and that the importance of Russia’s role is growing because it supported Syria at the Security Council, blocked the formation of an international commission to identify those responsible for use of chemical weapons once again in the Syrian city of Douma.

In addition, Iran is thinking of capitalizing on Russia’s position and keep Israel away from participating in these operations. This means that the three states avoided escalation with Iran. Finally, Tehran voiced evident concern about China’s position, especially after Beijing refrained from voting against a draft resolution condemning Iran over its failure to stop smuggling arms and missiles to the Houthi rebels in Yemen.

All reactions and views inside Iran were that the strike launched by the U.S., Britain and France on military positions of the Syrian regime on April 14, 2018, cannot be considered separately from a change in the balances of power on the ground in favor of the regime. These views sought to obscure accusations of using chemical weapons in the military attacks on Douma City in Eastern Ghouta a week earlier.

Iran attempted to downplay the military strike and its impact on on the regime, saying it was solely focused on destroying chemical weapons facilities in Damascus and Homs in particular and was not meant to hit other targets. Despite this, Iran was, at the same time, keenly interested in interpreting the political significance of the strike and the extent of its connection with other issues of special concern to it, including, in particular, the nuclear deal which is due to face the May 12 crucial deadline for the U.S. Administration of President Donald Trump to decide whether to extend U.S. sanctions waivers on Iran or re-impose them and walk away from the deal.

The move taken by the three Western states has several indications of special importance for Iran. The most important of these are as follows:

1- Convergent Positions. Iran began to recognize that the policies pursued by the Trump Administration on regional issues have contributed toward a convergence of views with European states, especially Britain and France, to the extent of gradual identification with these policies. This is evidenced in its keen interest in participating in the strike.

Although the circumstances of the Iranian issue and the Syrian issue are different, Iran came to consider that this means that other countries may follow in the steps of the U.S. Administration to deal with it regarding the potential trajectories of the nuclear deal in the coming period.

In other words, according to several views in Tehran, the participation of these states in the strike indicates that they would be involved in putting more pressure on Iran, especially regarding their demand for amending the deal to accommodate the reservations raised by the U.S.

This can explain reasons behind the powerful campaign launched by Iranian officials and media against Britain and France in particular, and of course the United States. The campaign started even before the strike was launched, because of the evident change in the positions of London and Paris on other regional issues and most importantly the nuclear accord and Iran’s interference in the internal affairs of the other states in the region.

2- Russia’s Influence. Following the strike, Russia’s role has become more important for Iran, especially after it used its veto power at the Security Council to impede efforts to form an international commission to identify those responsible for the recurrent use of chemical weapons in Douma, based on a draft resolution submitted by the United States to the Council. This escalated tension in relations between Russia and Western powers. Britain issued strong criticism to Russia and accused it of using veto to protect the Syrian regime. Additionally, the U.S. President started to threaten, through his Twitter account, to use "nice and new and "smart" missiles and rejected the fact that Russia is partners with the Syrian regime and supports its actions.

In Iran’s view, this can impose implications for the nuclear issue in particular, if the current escalation went to unprecedented levels should the United States withdraws from the deal. This is the trajectory that will push Iran to make the same move after it confirmed that it cannot stay in it thereafter.  Not only this; Iran even threatened to resume uranium enrichment to the 20-percent level within a few days, according to statements delivered on April 9 by Akbar Salehi, the chief of Iran's Atomic Energy Organization.

Based on this, actions to be taken by the world powers will be limited to resorting to the Security Council once again to re-issue resolutions imposing international sanctions similar to those imposed before the nuclear accord was signed, or threatening military action to prevent Iran from developing its capability and getting closer to possessing capabilities to produce a nuclear bomb.

If the second option faces difficulties, which cannot be ruled out, the most likely possibility is that international sanctions will be re-imposed. And here comes the role of Russia, which may be able, at that stage, to prevent such resolutions and support Iran’s policies.

Iran appears to be attempting to capitalize on the ongoing tension in relations between Russia and Western states to strengthen its position in preparation for that stage, especially after Russia and Britain engaged in the mutual expulsion of diplomats after London accused Moscow of being responsible for a failed attempt to assassinate a former Russian spy, Sergei Skripal, and his daughter on March 4, 2018.

2- Israel’s Non-Participation. There are views in Iran that Western states were keen on not engaging Israel in the trilateral strike because they wanted to send out the message that their priority is limited to targeting chemical weapons facilities of the Syrian regime and not expanding the scope of the strike to hit sites controlled by Iran and its allied militias, and Hezbollah in particular. This is especially so because Israel, on April 9, launched a swift strike against the T-4 military air base that killed four Iranian military personnel, including a colonel who served as a senior officer in Iran's drone program at the base.

Before the Western strike, Iran appeared to have been expecting Israel’s participation. This prompted Iran to issue direct threats to Israel and warned it against targeting more Iranian sites in Syria. These threats came first from Hezbollah chief Hassan Nasrallah one day before the recent strike, where he said that Israel placed itself in direct confrontation with Iran when it struck the military airport and targeted seven elements from the Iranian Revolutionary Guards Corps. He described the strike as a "critical event that cannot be easily overcome", implying that Iran, through Hezbollah, may respond to the strike at a later stage.

Equally interestingly, a number of Iranian military officials made similar threats against Israel. Some organizations responsible for recruiting elements loyal to Iran, such as the Organization for Mobilization of the Oppressed, or the Basij, threatened Israel to mobilize volunteer militants from across the world to attack it if it takes a similar action.

3- China’s Concerns. Tehran is not hiding its concerns about China’s positions at the Security Council on issues of special concern to it. For the second time in a row, China abstained from voting  on a British-drafted resolution that would have condemned Iran’s failure to block supplies of missile and other arms to the Houthi insurgents in Yemen, following consultations with France and the U.S. on February 18, 2018. It took the same action for a U.S.-drafted resolution calling for the formation of an international commission after the recent use of chemical weapons in Syria.

For Iran, this policy pursued by China means that it cannot count on Beijing's support at the Security Council, if escalation between Iran and Western powers reached a level at which these powers would consider new resolutions against it. This would become an important variable that can play a role in determining approaches of the policy that Tehran will adopt toward Beijing in the coming period.

In light of the above, it can possibly be argued that the Western strike against the regime of Bashar Assad was interpreted by Iran as a prelude to a new stage of escalation on the regional arena, and in Syria in particular. This would push Iran, in coordination with Russia, to support new steps to be taken by the Syrian regime to wrest control of more areas from the opposition forces and armed organizations, while at the same time making new preparations for potential escalation with Israel.