Reasons for the Growing Role of Tribes in the Region 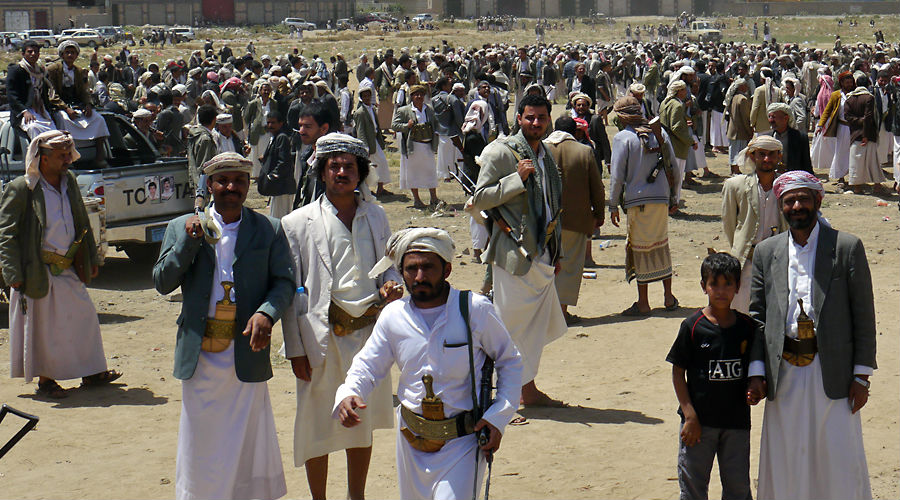 There have been substantial shifts in the traditional roles of tribes in some Arab countries, particularly in Egypt, Libya, Yemen, Syria and Qatar. The forefront of these shifts is the mounting role of the tribe as a security actor through combating terrorist organizations, fighting armed militias, countering authoritarian regimes, securing soft border areas, fueling tribal conflicts and hindering peace efforts in proxy. Despite the growing role of tribes in supporting stability in specific regions, it poses future risks to the structure of Arab nation state, as evident in the case of Libya. The growing power of the tribe may come at the expense of the central government, that may lead to its weakening or even fragmentation.

The security role of tribes in Arab states during the past months of 2017, can be outlined as follows:

1- Combating terrorist organizations: There is growing talk of tribes’ role in the North Sinai governorate in Egypt. The spike in terrorist operations in Sinai, especially following the attack on al-Rawdah mosque in Bir al-Abd, on 24 November 2017, led many tribal leaders in Sinai to team up with the military and civilian police in combating terrorism and coordinating channels of communication. The goal is to maximize the benefits of field experience and available information regarding the hideouts of terrorists, as part of intelligence cooperation with the state.

Law enforcement forces in Egypt have succeeded in targeting the hotbeds of terrorist groups in the wake of the above-mentioned terrorist attack, either based on intelligence or cooperation with Sinai tribesmen. According to numerous reports, the past few days have seen moves to contain inter-tribal differences, specifically between the two largest tribes in North Sinai (al-Tarabin and al- Sawarka) with the aim of confronting terrorism, dissuading members of the tribes involved in armed groups and wiping out several hotbeds that terrorists use as a springboard for carrying out their criminal acts.

In this context, the Union of Sinai Tribes issued a statement on November 25, indicating that “the massacre against Sinai people and tribes in al-Rawdah mosque will turn us into a burning fire that sends you to the fire of afterlife. We will not sleep until we revenge, we have no trials or prisons. We call upon all the men and youth of Sinai tribes to join the coordination for a major operation with the army to root out the black terror”, adding that “we welcome those who want vengeance and retribution from terrorism and from ISIS militants who carried out the crime. Once again, we welcome all those who join the tribal fighters (in the village of al-Barth in Rafah) to close ranks against fascist terrorism”.

A Reservoir of Fighters

2- Fighting armed militias: Several tribes realized that they have a role to play in eliminating armed groups that rely on the use of force. In this context, Yemeni tribes constitute a crucial variable in the equation of internal conflict, which highlighted their role in countering the Houthi militias during the confrontations that have been taking place all over the country since December 2.

A statement issued by the Popular Congress party, led by former Yemeni President Ali Abdallah Saleh, called on all Yemenis, chiefly tribal men, to “come to defend themselves, their revolution, their republic and their unity, which currently face the most dangerous conspiracy plotted by the enemies and carried out by the adventurers of Ansar Allah movement”. “The moment has come for everyone to stand united, one hand, one heart and stand as one man against the attempts to drag the country into a grinding civil war beginning in the capital Sanaa”, the statement added.

Since Yemen is one of the most heavily armed tribal communities in the region, the tribe is a determining factor that could tilt the balance in favor of the pro-Saleh camp after his death, which is trying to establish an administrative and security reality as an irreversible fait accompli. Yet, it is difficult for Saleh’s followers to accept it as it reflects an imbalanced partnership. Armed confrontations between the Houthis on the one hand and pro-Saleh local commanders, tribesmen and army units on the other hand, are likely to intensify, as the relative victory of Saleh’s forces in the six wars against the Houthis is credited to the tribe.

3- Countering authoritarian regimes: Members of Qatari tribes rallied on 18 November 2017 at Jouf Bani Hajer on the borders between Dammam and Riyadh in response to the call of the Qahtan elders, to discuss the need to counter the Qatari regime, in the wake of its policies aimed at revoking the citizenship of Sheikh Shafi bin Nasser al-Shafi, leader of Bani Hajer tribe, seizing his properties and expelling some of his tribe. Moreover, the ruling family threatened to strike some members of Bani Hajer and Qahtan tribes with chemical and poisonous gases.

In this vein, one of the tribal figures who opposes the regime of Prince Tamim bin Hamad attended the meeting, Sheikh Sultan bin Suhaim Al-Thani, where he said: “We are the founders of Qatar and we are the ones who will cleanse it”. “We will all shoulder the task of rescuing Qatar before it is engulfed by chaos and manipulated by spoilers”, he added. This may explain the scope of anti-Qatari sentiment among several tribes, particularly those with affiliates in some Gulf states, particularly Saudi Arabia and the United Arab Emirates.

4- Fueling tribal conflicts: This applies to the role played by tribes in igniting the ethnic civil war that has been raging in southern Sudan since December 2013. In this context, the Information Minister of Jonglei, Jacob Akech Deng, said in a press statement on November 29 that “attackers from Murle tribe killed 20 men, 22 women and children and injured 19 others in the small village of Duk Payuel on November 29”.

These killings are the latest in a series of retaliatory attacks, abduction of children and cattle rustling between the Murle and Dinka Bor tribes, which according to several estimates, will be on the rise, bearing in mind that the United Nations Mission in South Sudan (UNMISS) has not succeeded through its security patrols or human rights monitors to assist reconciliation efforts between communities and end the unending cycle of violence and resulting civilian deaths.

5- Undermining peace efforts by proxy: Countries such as Libya, for example, can only be internally settled through a sustainable tribal community consensus, especially those loyal to former President Muammar Gaddafi, specifically Warfalla tribe, with about 1.5 million members, or a quarter of the country’s population, according to one unofficial estimate, and has representation in various regions. However, because it is not represented in the present ruling regime, its members do not back the leader of the Libyan army, Field Marshal Khalifa Haftar or the head of the Presidential Council Fayez al-Sarraj.

In a press statement on November 9 in Bani Walid city, former stronghold of Gaddafi, Muftah Eftais leader of the Council of Elders of Warfalla’s tribe, said "We are for dialogue, but the UN has never contacted us”. “If the UN wants a solution for Libya you need to talk (to us) the tribes”, he added. Such statements indicate that all the talks conducted by the UN envoy to Libya, Dr. Ghassan Salama, with various parties in Libya cannot bear fruits unless it involves the tribes in the talks, especially pro-former Qaddafi regime.

6- Securing porous borders: Libya has been plagued with tribal conflicts in the south over the past few years, resulting in fatalities, often ending with “internal” reconciliation agreements that soon collapse. Thus, on 29 March 2017, Awlad Suliman and Al-Tabu tribes from southern Libya concluded a reconciliation agreement in Rome, in the presence of 60 tribal elders as well as representatives of Tuareg tribe as well as a representative of Libya’s National Accord government, forming a Libyan border guard force to monitor 5,000 km of the borders in southern Libya.

Overall, the roles played by tribes in several Arab states are growing and shifting from social tasks to security ones that transcend the boundaries of defending the tribe and preserving influence in its stronghold, to the extent that they enjoy support from official institutions in some states, which reflects a recognition of the multiple functions and roles of the tribe. However, there is no single criterion for deciding the role of the tribe, as it hinges on the ability of the state to best use it.