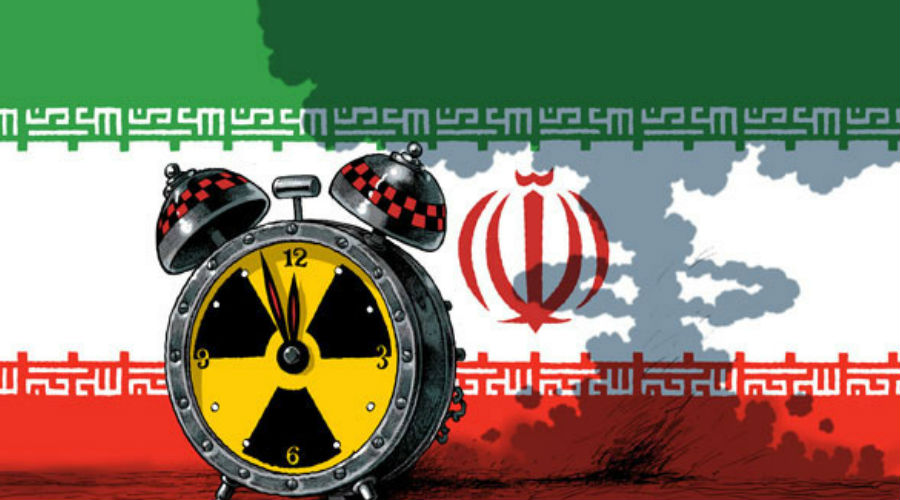 Iran recently made new threats against the United States after the US Administration of President Donald Trump signaled that it is likely to add Iran’s Revolutionary Guards Corps (IRGC or the Pasdaran) to the Department of Treasury’s blacklist of terrorist organisations as part of recent escalation over the 2015 nuclear deal. The escalation was sparked by Iran’s continued violations of the deal through conducting more ballistic missile tests, interfering in the internal affairs of other countries in the region thus undermining Middle East stability.

Some views have it that Iran, through its counter threats, seeks to send domestic messages to mitigate pressures from US threats to drop the nuclear deal. However, this does not mean that Iran does have serious concerns over potential implications if the US Administration carries out its threats to walk away from the nuclear deal. These threats not only seek to reinforce efforts to counter Iran’s attempts to expand in the region, but also aim to block the efforts of President Hassan Rouhani’s government to make as much economic gains from the nuclear deal as possible.

The commander of Iran’s Revolutionary Guards Corps (IRGC), Mohammad Ali Jafari, on October 8, 2017, made a direct threat to the United States warning that if the American government blacklists the Revolutionary Guards as a terrorist group, then the IRGC will consider the American army to be like ISIS all around the world, particularly in the Middle East. He also warned the United States against re-imposing sanctions on Iran, saying that doing so would place U.S. military bases in the Middle East at risk, and the United States will have to move them outside the 2,000 km range of Iran's missiles.

But, significantly, Rouhani’s government was keen on keeping up with the IRGC escalation and rhetoric, with Bahram Qasemi, a spokesman for the foreign ministry, vowing, the next day, that if the US Administration does so,  Iran’s reaction would be “firm, decisive and crushing.”

Through these threats, the Iranian government seeks to emphasize that the recent escalation is collectively agreed upon by all the regime’s major institutions where its goal is to ward off sharp criticism  over its bid to propose new initiatives and ideas to increase the chances of keeping the nuclear deal in place, despite any unfavorable measures that the US Administration would take against Iran.

Iran’s decision to  further escalate against the US Administration at this time reflects evident concerns about the potential consequences of adding its IRGC to the US terrorist blacklist. For one, the designation would create more obstacles that can weaken the Rouhani government’s efforts to make more gains from the nuclear deal should the United States decide not to withdraw from it, or even if its implementation continues without the United States. The bid relies on Iran’s economic partnerships with other international powers, namely Russia, China, Germany, France and Britain, that are keen on avoiding a collapse of the multilateral nuclear deal.

In other words, such a step would impose more pressure on foreign firms and banking and financial institutions to prevent them from doing business with Iran for fear that Iranian businesses can be IRGC affiliates that are used to circumvent international commitments provided for the nuclear deal.

As a result, some foreign companies might very well withdraw from deals inked with Iran to avoid US sanctions. A number of major businesses withdrew from the Iranian market in compliance with the US sanctions imposed over its controversial nuclear program but were lifted later after the signing of the nuclear deal in mid-July 2015.

Undoubtedly, such a possibility is set to greatly reduce the significance of an initiative proposed by some Iranian officials, including the chief of Iran’s Atomic Energy Organisation Ali Akbar Salehi, for dealing with a US withdrawal from the nuclear deal on the basis of continuing the implementation of the deal if other signatories states do the same.

That is, in addition to the possibility that Iran’s withdrawal from the deal will weaken whatever economic gains that Iran can make in the coming stage, designating the Pasdaran as a terrorist organization can eliminate any other gains that can be made should Iran’s compliance with the deal is maintained.

Additionally, potential additional measures by the US Administration can impose more pressure on Iran whose actions in the Middle East sparked wide regional and international condemnation after Tehran further aggravated various crises as well as threats posed by terrorist organizations. This indicates that the United States will be working on taking further procedural steps or actions on the ground to counter Iran’s intervention mainly carried out by its IRGC.

This possibility in particular has several indications of which one stands out: that the United States will be working to develop a comprehensive strategy to counter Iran’s nuclear and regional ambitions. As such, the strategy would be driven by the United States’ reservations about the nuclear deal, including that it has not contributed towards strengthening stability in the Middle East due to Iran’s hard-line policies hindering efforts being made to reach a settlement to various regional crises.

In other words, there are views inside Iran that US withdrawal from the nuclear deal, and possible new sanctions on Iran as well as its IRGC and affiliated institutions, will be only a prelude to direct and indirect confrontations inside crisis-hit countries, and more specifically in areas where the IRGC and affiliated militias are operating to protect Iran’s interests in these countries.

Nonetheless, continued threats and escalatory rhetoric do not mean that Iran is considering actions to carry out its threats, especially because it continues to be very careful not to risk getting into a direct confrontation with the United States that can potentially impose disastrous implications for Iran at a time when it faces no easy domestic and regional crises.

Moreover, Iran has not backed down from its policy of proxy wars it wages through its loyal militias to defend Tehran's interests, as is the case in regional crisis-hit countries. This can increase the possibility of these militias transforming into a significant variable that can contribute towards determining the course of potential escalation  between the United States and Iran in the coming period.