Can Moscow Trade Iran’s Influence in Syria for Sanctions? 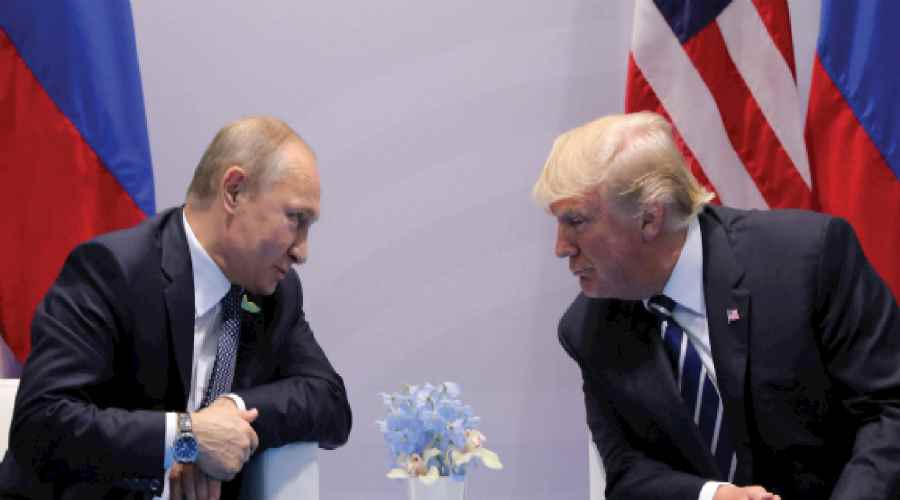 Currently, Russia is trying to maintain its political and security understandings with key parties to the Syrian conflict. But one of the main obstacles facing it is the intertwining and conflicting interests of parties, which leaves Russia with limited options and narrow room for maneuvering. Furthermore, it strains its relations with these parties, as is the case with Israel, following the Russian accusation to Israel of shooting down the Ilyushin Il-20 in September 17, 2018.

It can be argued that the new ideas which Russia has deliberately floated as a trial balloon to test the positions of the concerned powers- ahead of the anticipated meeting between president Vladimir Putin and Donald Trump, on the sidelines of the G-20 summit to be held in Argentina on November 30 and December 1, 2018, to end Iran’s influence in Syria in exchange for easing the US sanctions on Iran- face significant obstacles, given the divergent views of different parties over the objectives and repercussions of sanctions.

Iran will not easily accept ending, or even reducing its influence, in Syria, in exchange for easing the US sanctions, for many considerations. It will not cede its presence in Syria, especially as it invested huge financial and human resources, even before the conflict in Syria in 2011, to consolidate this presence and forestall efforts aiming at eliminating or containing it.

In addition, such trade-off would mean delivering a powerful blow to its allies, particularly the Syrian regime and Hezbollah, since Iran is the main source of financial and military support. Ending its presence in Syria will end this support, thereby weakening their military capabilities versus their opponents.

Moreover, this option will have direct repercussions on the sectarian militias that Iran has created and trained, not only to help the Syrian regime confront its enemies, but to bolster Iran’s efforts to entrench its military influence on the ground. Thus, the failure to determine the roles that these militias can play in the next stage weakens the possibility of Iran accepting such a trade-off, as it will determine the fate of these militias before considering the options for their presence in Syria.

Iran will not likely accept any new deals with the US administration at this stage; it may instead prefer to wait for more favorable circumstances, to better suit its interests.

In other words, Iran is still insisting on defying the US sanctions, on the belief that it has the mechanisms that can help it withstand those sanctions, despite their strong impacts on the domestic front. Accordingly, it may postpone the option of negotiating or concluding deals with the US administration, with the aim of enhancing its bargaining position and hence provide the least concessions possible to Washington.

Notably, some of the recent steps taken by the US administration after the second batch of sanctions have sent “wrong signals” to Iran, which, for example, viewed the temporary exemption of eight countries from the US sanctions on Iranian-oil exports weakens the ability of the US administration to achieve its goal of bringing the Iranian oil exports to zero, which will prompt it to maintain its position, at least in the near term, and not compromise or accept such deals.

Without a doubt, Iran still harbor doubts about reaching an agreement with the current US administration, considering that its withdrawal from such agreement is a strong possibility, as it did with the current nuclear deal. Foreign Minister Mohammad Javad Zarif said on November 22 that “Iran sees no need for new talks with the United States without assurances that it will not walk away from the agreement”, adding that the US president Donald Trump retracted his endorsement of the joint statement of the G-7 Summit, held in Canada on June 9, 2018.

Strikingly, Iranian suspicions extend to Russia too. Despite the close cooperation between the two sides, both in the nuclear and Syrian dossiers, Iran is showing clear concerns about Moscow’s policy in Syria, especially after the change in the balance of military power in favour of the Syrian regime.

Tehran believes that after strengthening the Syrian regime position, Moscow’s bet on the Iranian military presence in Syria has diminished, as there is no longer a need for the bulk of Iranian troops and militias to remain there, as long as the Syrian regime has managed to reclaim large swaths of Syrian territory in parallel with the declining ability of opposing forces to topple it.

Iran’s suspicions arise from the continuing understandings which Russia concludes with the US and Israel, on the belief that the main objective of such understandings is not only to reduce the Iranian influence on the ground, but also to enhance Russia’s influence at the military, political and economic levels, and perhaps also the social, since it is the key party that pulls the strings in Syria.

Similarly, the US administration will not likely accept such a deal, for reasons pertaining to Washington’s interests and calculations. Although the Iranian presence in Syria concerns Washington, it is not the only bone of contention between the two parties, because its importance may even diminish if compared to other priority issues, such as the nuclear and missile programs.

Washington has concerns over Iran’s attempts to circumvent the current nuclear deal and develop a covert military aspect of its nuclear program, as well as its missile program. That happens against the backdrop of the Iranian threats to target the US military bases using ballistic missiles, the latest of which was the threats made by Mohammad Ali Jafari, commander of the Islamic Revolutionary Guard Corp (IRGC) on November 22.

Accordingly, Washington will, most likely, reject concluding a partial deal with Iran, given that pursuing the current policy of stepping up sanctions and pressure on Iran may extract greater gains at the nuclear and regional levels. To conclude, it seems that the new Russian ideas do not accommodate the new realities ensuing from the spiraling tension between the US and Iran, which is now open to many possibilities.