Why Ankara Rejected Washington's Withdrawal from the Iran Nuclear Deal 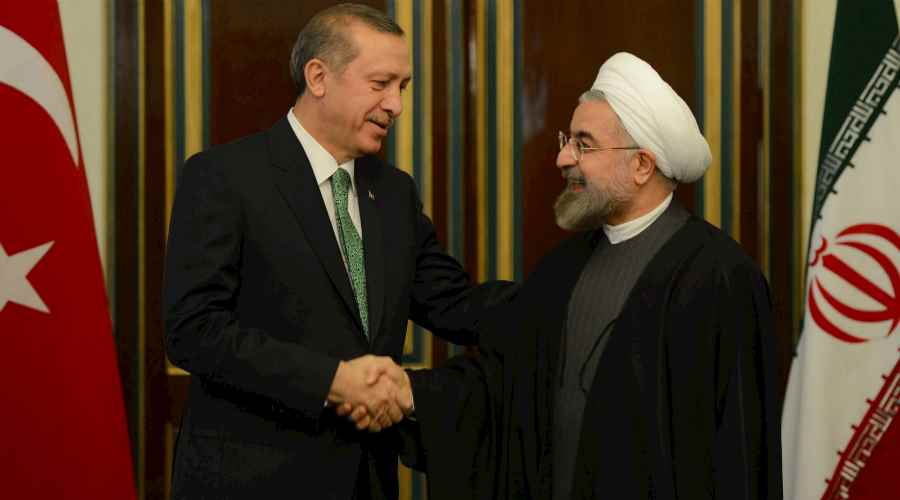 Turkey joined other states in rejecting the U.S. decision to withdraw from the JCPOA over fears that Iran would resume its nuclear activities, and the possibility of the U.S. launching a military strike against Iran if they failed to reach a peaceful option. This would have negative implications for Turkey’s economy, coupled with fears that avenues of Turkish-Iranian coordination about regional issues, such as the crisis in Syria and the Kurds, would falter, and that economic relations between Ankara and Tehran would be negatively impacted.

But the U.S. move produces gains for Turkey. That is, it enhances Turkey’s influence in the region on the expense of Iran, which will focus its efforts either on sustaining the nuclear deal, including making concessions, or on threatening to refuse to give concessions. This would degrade Iran’s capability given the negative impact on its economy as a result of resuming the U.S. sanctions against it.

Turkey’s official position on U.S. President Donald Trump’s decision to withdraw from the nuclear deal with Iran was expressed by Presidential spokesman Ibrahim Kalin who said “Unilateral U.S. withdrawal from the Iran nuclear deal is a decision that will cause instability and new conflicts”. He added that the multilateral agreement would remain in place thanks to the other countries' participation, and reaffirmed that Turkey will maintain its resolute stance against all forms of nuclear weapons.

Meanwhile, Turkey’s Foreign Ministry issued a statement describing the U.S. decision to withdraw from the Iran nuclear deal was an “unfortunate step.” The Ministry said that Iran’s compliance with the deal has been confirmed by periodic reports of the International Atomic Energy Agency. Turkey, the ministry added, has always defended the stance that issues regarding Iran's nuclear program should be resolved through diplomacy and negotiations and Ankara has made intensive efforts in this direction. It added that “even the most difficult of subjects could be resolved through negotiations.”

In this context, Turkish Economy Minister Nihat Zeybekci stated that “Turkey will continue to trade with Iran as much as possible and will not answer to anyone in this regard.”

Turkey’s opposition to the United States’ withdrawal from the nuclear deal with Iran can be attributed to a group of political, security and economic factors which will be outlined as follows:

1- Political Factors. There are concerns over failure of the avenues of Turkey-Iran coordination about several regional issues the most important of which are the Syrian crisis and the Kurdish issue. Turkey’s ongoing coordination with Iran regarding these issues, especially after the U.S. sanctions are re-imposed on the latter, would lead to further deterioration in the Turkey-U.S. relations, already severely strained because of Turkey’s rejection of the United States’ support to the Kurds in Syria, and the U.S. Congress’ proposal of arms embargo on Turkey. The same happened following the U.S. invasion of Iraq in 2003, when the Turkish-Iranian coordination on the Iraqi issue triggered tensions between Turkey and the U.S. Administration of former President George W. Bush.

2- Security Factors. These include Turkey fears that Iran would carry out its threats to resume uranium enrichment and work towards possessing a nuclear weapon, a move that will negatively impact the balances of power in the region, especially if regional states and Saudi Arabia in particular pursues the same approach. Saudi Crown Prince Mohammed bin Salman, in a March 2018 interview with the CBS News program 60 Minutes, threatened that his country would obtain a nuclear bomb if Iran successfully develops its own nuclear weapon.

Additionally, Turkey is concerned that the United States and its ally Israel would launch a limited or unlimited military strike against Iran to destroy its nuclear activities. It is also concerned about Iran’s reaction to the strike that would further exacerbates instability of the region as well as the negative impact of such strike on Turkish national security.

3- Economic Factors. These revolve around Turkey’s concerns about negative impact on its economic and trade relations with Iran after the U.S. resumes sanctions on Iran, especially because trade between the two countries, since the nuclear deal between Iran and the world powers was signed in 2015, increased US$1 billion in 2017 to around $10.7 billion, up from $9.6 billion in 2016 and $9.7 billion in 2015. This can eventually have a negative impact on the Turkish economy, already suffering several crises.

Additionally, Turkey has concerns that Iranian natural gas supplies would be negatively impacted due to the possibility that U.S. sanctions against Iran would also target its oil and gas sector. Iran is Turkey’s second largest gas supplier after Russia, at 11 billion cubic feet per year. According to estimates by BOTAS Petroleum Pipeline Corporation, natural gas accounts for 35 per cent of Turkey's total energy consumption, while demand is at an average rate of 2.3 per cent annually in the period from 2014 to 2030. A disruption of natural gas supplies would negatively impact the Turkish industrial sector and Ankara’s efforts to expand the use of natural gas in power generation.

Turkish Economy Minister Nihat Zeybekci’s statement, that Turkey will continue to trade with Iran as much as possible and will not answer to anyone in this regard, reflects Turkey’s serious concern that its economic relations with Iran would be negatively impacted because of the U.S. pullout from the nuclear deal and resumption of sanctions on Iran.

Despite Turkey’s fears of the political, security and economic consequences of the U.S. withdrawal from the nuclear deal, this step in itself can earn Turkey a group of gains, especially regarding its regional rivalry with Iran. That is, one of the significant results of US withdrawal would be the diminishing of Iran’s influence in the region. This would result from either Iran’s preoccupation with finding a way to save the nuclear deal, as well as pressures from European powers to review its policy toward the region as a prerequisite for supporting its position, or the possibility of Iran’s reduction of its financial and military support to loyal groups and regimes in Syria, Lebanon, Yemen and Iraq, as a result of the negative impact of resumption of U.S. economic sanctions on it.

This will eventually give Turkey an opportunity to consolidate its influence in the region, and Syria in particular. That is because rivalry between the two states continues despite their political and security coordination through the trilateral Astana talks which also involves Russia alongside Turkey and Iran. This became evident in their ongoing attempt to seize control of more Syrian territory. Iran demanded Turkey hand over Afrin city, which it took control of in March, to the Syrian regime, but Turkey rejected this demand. This represents the most prominent manifestation of rivalry between the two states.

In conclusion, Turkey’s moves in the future that aim to address the potential negative consequences of the unilateral U.S. withdrawal from the nuclear deal will revolve around Turkey’s rapprochement and coordination with states that also rejected the U.S. decision, namely France, Britain and Germany, as well as Russia and China, which declared their support for the nuclear deal signed with Iran and pledged to implement it. This would eventually spare Turkey from potential U.S. pressure as a result of its continued relations with Iran, in the economic field in particular.