How the recent tripartite attack on Syria took place 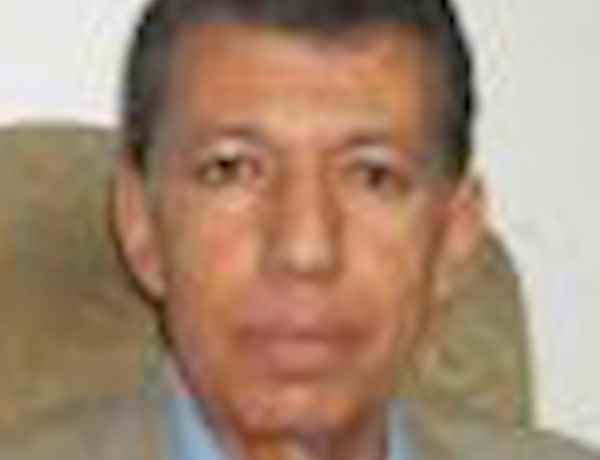 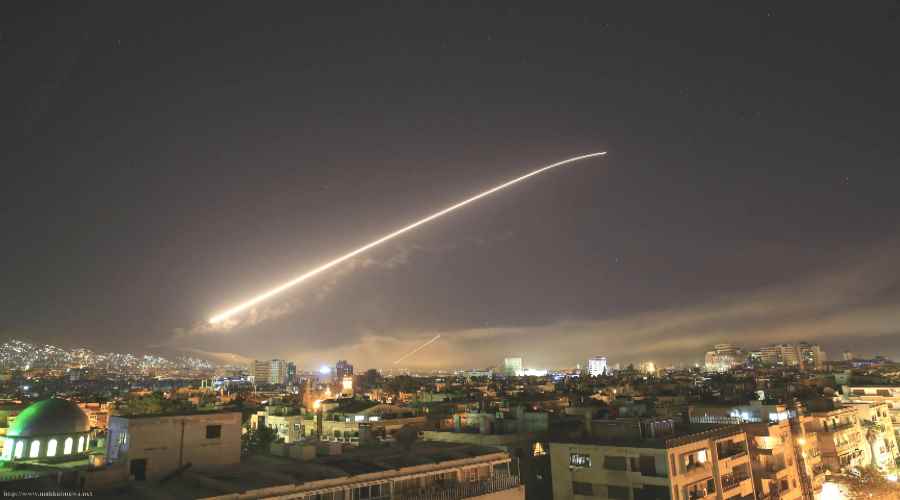 The US president Donald Trump announced on the dawn of April 14 the start of the US military strikes, with the participation of the British and French militaries, against the Syrian regime. The strikes come against the backdrop of the accusations levelled against the regime’s forces of using chemical weapons in their military operations in the town of Douma in the eastern Ghouta suburb of Damascus.

The US, UK and France have launched military strikes against several Syrian positions, as follows:

2- The 105 Republican Guard Brigade, part of the 4th Armoured Division, Mezzeh military airport, an air defence base on Qasioun mountain and Al-Sherai airport in the Al-Dimas area near the Lebanese border, as well as weapons depots in the east of Qalamoun and al-Kiswa south of Damascus, as well as the Al-Dumayr near Homs

3- The three countries, according to the Russian Defense Ministry, fired 103 missiles, of which about 70 did not hit their specific targets, as the Syrian air defenses succeeded in deviating them.

The three countries justified their military operation by accusing the Syrian regime of attacking civilians in the town of Douma in Eastern Ghouta with chemical weapons. However, there are several observations on that accusation, which are as follows:

1- No cases of chemical-affected persons have been detected in or around the hospital in Douma, even the reports of the terrorist organizations’ media platforms did not mention such cases.

2- The scientific research facilities in both Barzeh and Jamraya areas have been bombed by Israel more than once for allegedly conducting nuclear research, and the research facility in Barzeh itself was under the control of terrorist factions until the regime regained it in the middle of last year.

3- These three states cited the need to curtail the influence of the Syrian regime to justify their military strikes, although both France and the UK were keen to stress that they are not involved directly in the military developments in Syria, unlike the US, which speaks of withdrawing from Syria while it continues to  be involved.

To assess the overall dimensions of the military operation, several points should be noted, as follows:

1- The strikes steered clear from the Russian positions. The shelling did not come close to the Russian bases, the Syrian armed forces and military police in many areas in Syria, as well as the Russian military positions and the Iranian bases.

The military leaders in the three countries, especially in the US, have clearly influenced the stance of the US president to avoid collision with  Russian troops, amid growing Russian threats before the operation. Thus, the targets of the operation were carefully selected.

In this regard, Russia has warned, in its communications with Israel, prior to the operation, that launching any strikes against Iranian or Hezbollah bases could lead to regional escalation, particularly from the part of Iran and Hezbollah. This comes amidst the US intention to walk away from the nuclear deal, a matter which can cause confusion. Moreover, numerous sources indicate that Israel had discussed this point with military and security officials from the three countries.

2- It has predetermined the results of the chemical weapons inspection: The operation was carried out quickly before the arrival of the inspectors of the Organization for the Prohibition of Chemical Weapons (OPCW) on Saturday in Douma to confirm the accusation against the regime’s usage of chemical weapons, lest the report comes inconsistent with that accusation. Over the coming period, Russia will likely justify its rejection of the US military operation on the ground that the US should have waited for the report of the OPCW team.

3- The UK has been keen to indirectly retaliate against Russia: The UK’s remarkable involvement in the military strikes came ahead of the meeting of the House of Commons next Monday, during which it was expected to issue a recommendation that could curtail the freedom of movement of the British government regarding the participation in the operation. Some British sources argued that the UK participation came, partly, in response to the attempted assassination of the Russian spy in London.

In this context, the Russian foreign minister, Sergei Lavrov, noted that Moscow has irrefutable evidence that the alleged chemical weapons attack on Douma was staged by the intelligence agency of one of the countries involved in the anti-Russian campaign, in an implicit reference to the UK, whom Moscow believes it is trying to harass Russia on the backdrop of Skripal’s crisis.

4- It targeted multiple positions of the regime: The strikes by US, UK and France have focused on several positions, not against one target as in April 2017 when the US targeted a single military position, the Shayrat airbase in Homs in response to the use of chemical weapons also in the town of Khan Sheikhoun in Idlib governorate.

Although past incidents indicate that the US has used to punish the Syrian regime in military positions, which it thought the regime used as a platform for its internationally prohibited weapons attack, the ongoing operation goes beyond the idea of striking the place from which - Washington believes that -Douma’s attack was carried out.

5- It has not changed much in the balance of power on the ground: The military operation failed to redress the military imbalance in Syria after the military operations in recent months have yielded successes in favor of the regime, Russia and Iran, especially with regard to eliminating the opposing military presence in the belt of the capital, Damascus. The presence of military factions is confined only to Dar’a in the south and some pockets in the town of Al-Dumayr and western Qalamoun, areas of de-escalation, from which the militants have finally agreed to leave.

7- The strikes did not target ISIS positions in Southern Damascus: The military strikes on Barzeh and Al- Mezzeh targeted the regime’s military forces, which were besieging ISIS groups in some areas of Damascus countryside, especially in the al-Qadam district. Hence, the strikes have practically eased the military pressure imposed by regime forces on ISIS groups in southern Damascus.

8- Success of Syrian air defences in reducing losses: The Syrian air defences played a prominent role in countering some of the strikes by the three countries. In this regard, Russia has clearly succeeded in revamping the old Syrian air defence systems, enabling them to minimize losses, which reflects a high-level of military cooperation between Syria and Russia.

9- It will prompt Moscow to further develop the Syrian air defence system: Despite Russia’s attempts to assert that it propped up the Syrian regime and informed it of the expected details of the operation,  enabling it to evacuate the likely positions to be targeted, the operation in its entirety dent the Russian prestige, as it left the Syrian regime alone in the face of the operation and has only secured the Russian positions. This could push the Russian president to provide more advanced air defence systems to Syria (in particular S-300 which Syria has ordered long time ago) and has been essentially delayed by the Israeli objection.

Overall, the military operation, while not leading to a clear military imbalance, it sends a strong message to the Syrian regime and its allies (Iran and Hezbollah) and Russia as well, that it could be repeated in a larger operation. The three states, the US, UK and France, count on this operation push toward taking more positive steps in the expected negotiations aimed at resolving the Syrian crisis politically.

The current political and military reality in Syria means that going through the stages of political solution will not be based on the rules that have governed the negotiations in past years, but on the military and political leverage the regime has now, which it has never had for the past seven years. On the other hand, the strikes by the US, UK and France are likely to delay the regime’s military plans, after its control of Eastern Ghouta, especially with regard to waging new battles to clear the southern front of the remaining opposition factions.

Over the coming period, the US is set to carry on its efforts to establish the Kurdish region east of the Euphrates, with understandings with Turkey to assuage its fears, to achieve a strategic objective, which will be the beginning of the division of the Syrian state and the establishment of a major strategic barrier to block Iran from extending its influence from Iraq to Syria and building bases in the region.

As for Russia, it will likely continue to turn blind eye to the Turkish occupation of areas in northern Syria and exert pressure on the Syrian regime in this regard, using this to cement the Russian - Turkish understandings, meaning that Turkey is set to make a lot of gains in this area. On another front, the Russian-Iranian alliance is expected to hold out at its various levels in Syria, which will impact the developments of the Syrian crisis over the coming period.