An Assessment of the Iranian-Turkish Relations 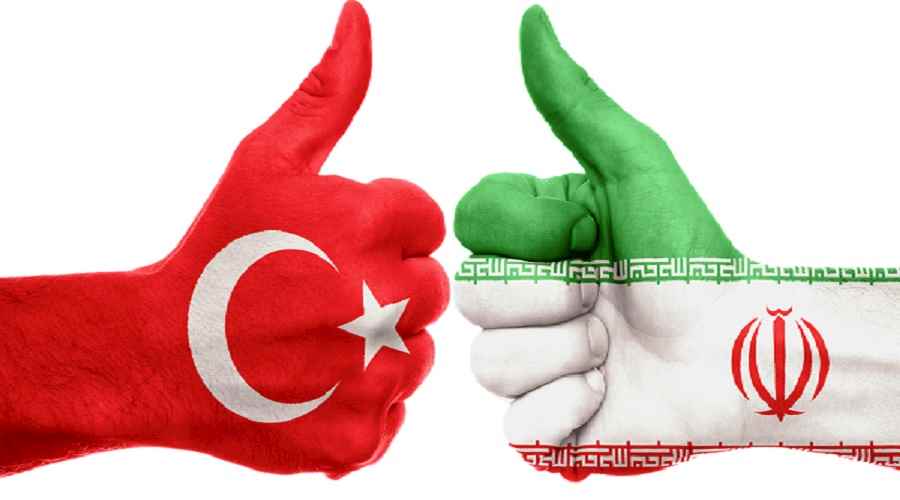 The beginning of rebellion against the Mullah regime in Iran as evident in the #IranProtests that erupted early in January, in addition to Turkey's President Erdogan voicing support for Iranian President Rouhani in favor of the stability of Iran signals the possibility of a rapprochement between the two countries[1].  From the historical perspective, the state of relations between Turkey and Iran has witnessed ups and downs. Both countries adopt policies that overshadow their common stakes in their relations. It is possible to make such a statement if we look at the issues that affect Ankara and Tehran and influence their foreign policy and relations. These critical issues are mainly the Syrian crisis, Kurdish question, and the  Geneva, Astana and Sochi Talks.

Both countries are also concerned with the Hakan Atilla case, initiated by the Federal District Court in Manhattan (NY) in the United States. The suspect, a Turkish and Iranian businessman, Riza Sarraf (Reza Zarrab) who was later indicted after confessing to the US Prosecutor's Office, is an integral part of this evolving issue. Similarly, the Babek Zencani trial - who was convicted of cheating Iran of $2.8 billion and sentenced to death-  is another significant case of mutual Iranian and Turkish interest.

According to reports in the Iranian and Turkish press that have circulated since 2010, the former president of Iran Mahmoud Ahmadinejad's regime was alleged to have been involved in a joint business between Zarrab and Zencani[2]. Turkey's stance on these reports and accusations is different than that of Iran. While Iran prosecuted Zencani for corruption and bribery, Turkey has not opened any process of investigation on Zarrab who been trialed in the US and Anakara has even perceived the trial as 'fiction'. In other words, there are cooperative as well as competitive relations between Turkey and Iran in both bilateral and regional issues. This article attempts to show how the future relations as well as the areas of cooperation and competition between Turkey and Iran can evolve.

The Arab Spring and Syrian Crisis

There have been serious disagreements on Middle East policy in Iran-Turkey relations for the last few years. Since 2011, Turkey has been supporting the regime change in Syria together whereas Iran has been providing military support for the continuation and preservation of Assad's regime. Accordingly, Iran became the main regional opponent to Turkey. However, Turkey, despite tensions between the two, continued its relations with Iran on bilateral energy trade among other areas. Occasionally when these relations became strained, Erdogan complained that Iran had expanded its hegemony under the name of Shiism and accused Tehran of flaring a sectarian war.

Nonetheless, the rapprochement progress between Turkey and Iran on the Syrian issue and the formation of a mutual dialogue has started with the Astana process in 2017. The first reflection of this rapprochement has started with Turkey, Russia, Iran and the Assad regime working together on the creation of de-escalation zones in Syria and supporting Baghdad's policies on the Turkish referendum in northern Iraq. Chief of Staff for the Iranian Armed Forces Major General Mohammad Bagheri visited Turkey twice in 2017[3].  The only issue that was agreed upon during these bilateral visits, according to various assessments, among new cooperation opportunities was preserving the status quo in the Middle East.

The Kurdish question and Northern Iraq

In order to ensure their territorial integrity, Turkey and Iran, Iraq and Syria demonstrated that they could work together against changes in the territorial status quo by dealing with organizations such as the Syrian Democratic Forces (SDG), Democratic Union Party (PYD), and People's Protection Units (YPG). These organizations maintain cooperation with Barzani in northern Iraq, and with the United States in Syria. The Syrian President, Bashar al-Assad described the Kurds’ co-operation with the United States as a "homeland traitor"[4]. In other words, “we can negotiate with the Kurds who do not cooperate with America”. However, this unexpected rapprochement between Ankara, Tehran and Damascus did not last long. As Erdogan described Assad “as a terrorist”, the potential of dialogue between these two sides was closed again[5].

The Assad Regime and Geneva Talks

This is the most significant issue requested by the Syrian opposition who participated in these negotiations. It is also possible to see signs of Russia's close similarity to this view from time to time. But Russia has not made a final decision on Assad's departure and is trying to change the view of western countries. And in this regard, attention was given at the meeting between Trump and Putin in November 2017 where they made a joint statement to resolve the Syrian crisis via diplomatic channels and emphasized the Geneva talks[7].

Turkey and Russia agree on the importance of Geneva talks. On the contrary, Iran is anxious about the breakdown of its influence in case of the Syrian crisis being resolved in the framework of the Geneva negotiations. The main reason for the failure of the ninth Geneva negotiations in 2017 is the provocation of these negotiations on the Assad regime. Both Assad and Tehran’s approach on the Geneva talks does bother Turkey directly and it demonstrates potential tensions in working on the strategic issues on the future of Syria.

From Astana to Sochi

The beginning of the Astana talks process together with the means sought by Turkey, Iran and Russia for resolving the Syrian crisis since 2016 , resolving the war in Syria was to be within the framework of Geneva talks. Nonetheless, upon examining the current situation, there is a risk of this cooperation collapsing with the concern of the Assad regime and Iran bypassing the Geneva process. In this context, Russia retaliated against drone attacks after the assertion that the attack on the Khmeimim and Tartus military bases on 31 December and January 6 respectively originated from Idlib [8]. Nevertheless, the initiaton of the military operation against Idlib by the Assad regime puts the Astana process under threat. At the same time, it should not be ignored that the Syrian National Congress (SNC), expected to take place in Sochi at the end of January, may be postponed. It occurred before when in January 2009, Syrian opposition’s announcement of its discomforts and indicating non-participation signals claiming the Sochi talks have become part of Geneva[9].

It is seen that there are differences of views between Turkey, Russia, al-Assad regime and Iran in finding the rational outcome of Astana talks in Sochi (SNC) and in context of legitimacy of all these processes to be a part of the Geneva process. While Turkey and Iran have objected the participation of Kurds in these processes, Russia is trying to remain neutral in this regard. Strategic disagreements between Iran and Turkey on the withdrawal of al- Assad regime, Iran’s objection on Russia and Turkey’s perception of taking Sochi and Astana processes to be in the framework of the Geneva process and this 3 + 1 (Turkey, Iran, Russia and Assad Regime) formation demonstrates a situation where there is a direct conflict of interest. At the same time the recent Russian policies in Idlib and coordination of attacks in cooperation with regional groups damages the interests of Turkey.

Strategic disagreements between Turkey and Iran about the future of Syria and the Astana and Sochi summits with the conflict of interests of the two countries may turn into a serious problem. The perception of Russia, Iran and al-Assad regime on the Kurds who do not cooperate with the United States as a party may put Turkey’s regional interests in jeopardy. In this sense, Turkey’s dialogue started with France and Germany, which shows that the Geneva process is becoming more active and the country is looking for allies.  It can be said that the only issue agreed upon between Turkey and Iran in the regional concerns has been to preserve the status quo and to block attempts to change borders, but there is a serious disagreement on how this can be achieved.