Will the Influence of Haqqani Network Gradually Recede? 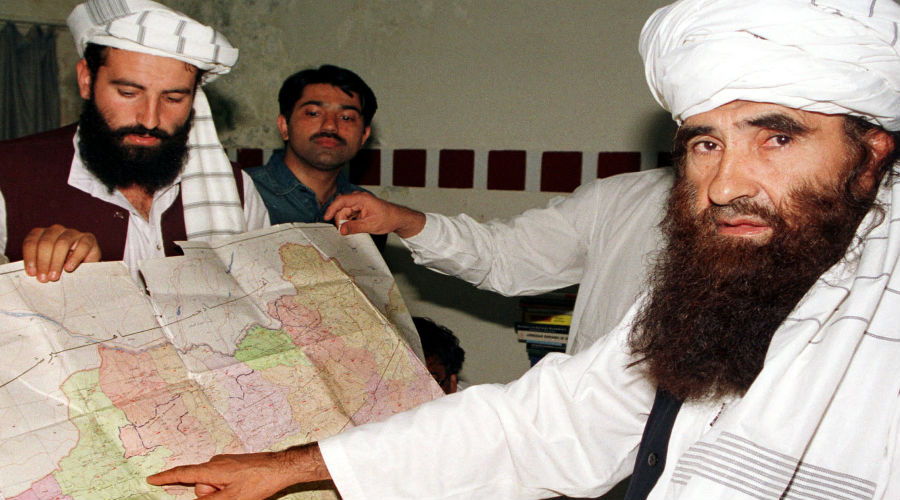 The administration of U.S. President Donald Trump is increasingly alarmed by the growing influence of Haqqani network on the border areas between Afghanistan and Pakistan, pushing the former to launch lethal strikes against the network. This is evident in the U.S. moves to take out the network’s top commanders, particularly Jalaluddin Haqqani and his son Sirajuddin Haqqani, thereby placing mounting pressures on the network and reducing its activities. Several reports have shown that differences are emerging in the stances of the U.S. administration and the Pakistani government over mechanisms to deal with the network’s threats, amid indicators that the former could launch military strikes inside Pakistani territory against the network strongholds.

These differences have widened after President Trump’s tweets at the beginning of 2018, in which he criticized the level of security cooperation between Islamabad and Washington, and referred to the declining positive outcome on American national and security interests. In addition, the U.S. administration on January 5, suspended assistance to Islamabad, worth $900 million, until the latter takes actions against the Taliban and Haqqani network.

Washington’s growing alarm over the threats posed by Haqqani network is not only due to the widening scale of recent attacks in the border area between Pakistan and Afghanistan, but also due to the spike in its non-traditional operations within Afghanistan. These operations include the major attack on the diplomatic quarter in Kabul at the end of May 2017, killing about 90 people and injuring nearly 380 others, turning the network to rival other terrorist groups within the country, such as the Taliban and ISIS.

The Haqqani network poses significant threats to the security and stability of Afghanistan, especially after it has been able to form a strong and cohesive organization that enjoys some degree of secrecy and includes a considerable number of terrorists who emerged as battle-hardened militants with significant combat experience after their involvement in numerous armed confrontations and terrorist operations. They also have knowledge of the difficult terrain and mountainous landscape, add to that the organizational structure of the network relies on separate small groups to prevent infiltration and information leakage.

Nevertheless, there are many indicators that demonstrate that the network’s attacks may gradually decline during the next period, the most notable of which are:

1- U.S. strikes: Numerous reports show that the U.S. administration is seeking to wipe out the network or at least significantly roll back its influence and activity. The U.S. administration views the network as a terrorist group that poses serious threats to  American interests in Afghanistan, due to its organizational and intellectual leanings. This could prompt the U.S. forces to ramp up attacks against the network and its leaders, in the coming period, similar to the killing of a prominent network leader in the air raid that took place inside Pakistani territory on December 26, 2017, which could actually inflict heavy human and organizational losses on the network.

2- Pakistani strikes: The growing U.S. move towards launching military strikes against the network may push the Pakistani government to adopt a similar policy, especially since the mechanisms to deal with network’s threats have been a bone of contention between Washington and Islamabad in the past period. It is worth mentioning that such potential strikes will not be the first of their kind to be launched by Pakistan, as it has been constantly keen to underscore its seriousness in participating in the war on terror.

However, many analysts warn that the U.S. actions against Pakistan could provoke a backlash from the latter. On the other hand, Washington has sought to contain Pakistan’s discontent recently, confirming that it would not launch any unilateral military action during the coming period.

3- Pressure from rival organizations: The rivalry has become a hallmark of the relations between the network and other terrorist organizations operating inside Afghanistan, chiefly the Taliban. This was obvious after Haqqani’s influence has expanded in the areas close to the Afghan-Pakistani border, to the extent that the network imposes taxes and royalties on Taliban elements who move and travel through areas under its control.

This rivalry has grown more intense as Taliban rules out, or in a more precise sense, rejects any overtures to reach understandings or coordination with the network to carry out joint terrorist operations, prompting it to target the latter’s sites and leaders, considering that Haqqani’s growing influence can detract from its own power.

4- Dwindling funding: During the next period, the U.S. administration and the Pakistani government may take actions to dry up sources of financing the movement that are used to carry out terrorist attacks and attract more terrorist elements to its ranks. This could eventually force the network into retreat, curbing its activity and reducing its capacity to expand.

In this context, the Pakistani government issued on January 6, a blacklist of terrorist organizations which Islamabad had frozen their financial assets, considering that cooperation with them would constitute a crime under Pakistani laws.

Based on the above, the Haqqani network’s influence will likely continue to diminish over the next period given the increasing likelihood of the U.S. strikes and former’s declining ability to secure new sources of funding and recruit more terrorist elements to support its activity as a rival to the major terrorist organizations in that region.