How Would U.S. Benefit from Escalating Sanctions on Iran? 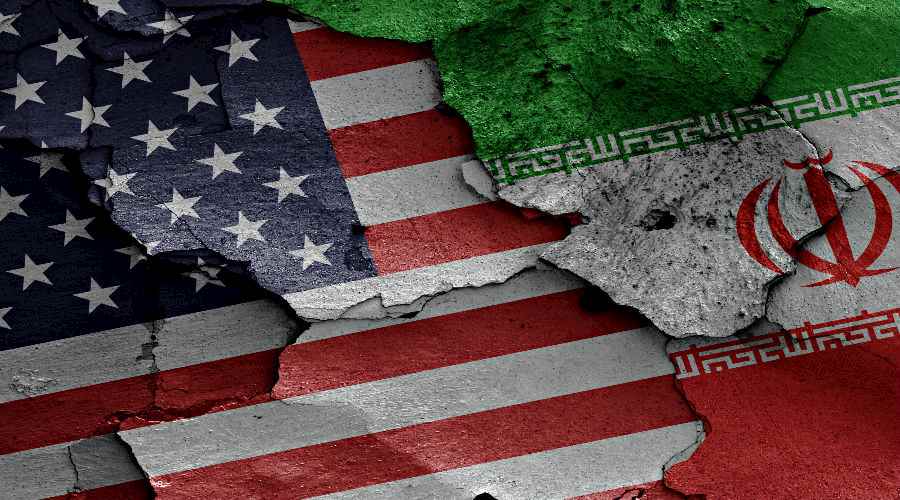 The United States exerted additional pressure on Iran over the past few months by expanding sanctions to target more companies accused of supporting Iran’s missile program. U.S. President Donald Trump, on October 13, refused to re-certify Iran’s compliance with the Joint Comprehensive Plan of Action, leaving it up to Congress to decide whether new sanctions should be imposed. However, this escalation by the US is facing strong opposition from other world powers such as Russia and the European Union, which reject any threats to the nuclear deal and continue to view such potential as undermining stability in the Middle East.

Amid this pressure, Iran’s oil industry appears to be vulnerable to new risks including a decline in crude prices and exports to international markets, a slowdown of investment joint ventures signed between Iran and foreign oil corporations over the past two years, including a deal between National Iranian Oil Company and French oil major Total to develop 11th phase of the giant South Pars gasfield.

The US Administration appears to be well aware of international opposition to any existential threats to the nuclear deal and potential negative consequences on the global oil industry. This is what prompted some U.S. officials to offer filling any gaps in oil supplies, to Asia in particular, that can result from sanctions imposed on Iran to deny it from oil revenue.

Recently, the US Administration appeared to have succeeded in pushing Iranian oil buyers to rely on other suppliers. South Korea's imports of Iranian crude oil fell 9.5 percent to 390,675 barrels per day (bpd) in October 2017 from the previous month. But despite the drop, Iran’s oil exports hit a record high of 2.5 million bpd in September.

Accordingly, the National Iranian Oil Company will have to offer crude shipments for delivery in December to customers in Asia at lower prices, compared to other Middle Eastern crudes. The offer means the prices will drop below the usual level of between $54 and $56 while supplies continue to flow from other Middle East producers from Iraq in particular.

Moreover, strained relations between Iran and the United States have recently raised fears among global oil companies that their deals signed with the  Iranian Oil Company to develop oil and gas fields would be threatened. In October, Total CEO Patrick Pouyanné said the French oil and gas major would examine the consequences of Trump’s decision, and if there are any laws that obliges it to withdraw from Iran, then it will comply.

Plans by U.S. institutions including Congress to impose new economic sanctions on Iran can have direct impact on Iran’s oil and gas industry. Firstly, Iran’s exports will be denied access to global markets and Europe in particular, as was the case before January 2016.

According to several views, some buyers are likely to abandon Iranian oil supplies in favor of other suppliers to avoid any potential political tension with the United States. However, Asian buyers and China in particular, which adopts a more risk-taking policy on importing Iranian crude, would not follow suit. This is mainly because Asian countries continued to import oil from Iran prior to January 2016. In any case, imposing more sanctions on Iran will put more pressure on the cost of Iranian crude oil supplies to global markets.

Secondly, a number of global oil firms, from Europe in particular, are likely to abandon the Iranian market in compliance with U.S. sanctions, which French oil major Total, for instance, did in the past. But such a move will depend on the type and scope of U.S. sanctions, which will be more detrimental to global oil firms if they once again blocked their access to the Iranian banking system.

Nonetheless, after the nuclear deal, it became more difficult for the U.S. to convince other involved international parties to accept further escalation against Iran even over its missile program. This would make the impact of U.S. sanctions on Iranian oil exports limited, especially because Asian markets may offset losses sustained due to abandoning Iranian crude.

The US Administrations appears to be well aware of international opposition to any existential threats to the nuclear deal with Iran and potential negative consequences on the global oil industry. This is what prompted some U.S. officials to offer filling any gaps in oil supplies, to Asia in particular, that can result from sanctions imposed on Iran to deny it from oil revenue.

This was evidenced by statements delivered in late September by Ryan Zinke, United States Secretary of the Interior, who hinted that the US energy dominance plan will use U.S. oil as an economic leverage to deprive Iran from oil revenue and prevent it from funding terrorism and developing nuclear weapons. He said the United States’ economic leverage would work to supplant every drop of crude that Iran produces, and energy dominance is part of that.

Overall, the United States increased its oil exports to Asia when the price of U.S. benchmark West Texas Intermediate became more attractive trading at $5.5 a barrel less than the global benchmark Brent prices, compared to $2.5 a barrel previously.

That said, it can be argued that the United States is planning to consolidate its position as a major oil supplier to Asia, which will not only help it eliminate its surplus shale crude, but also produce a new mechanism to put more pressure on Iran by weakening its presence in Asian oil markets.