Why Are the Houthis Recruiting Female Militants? 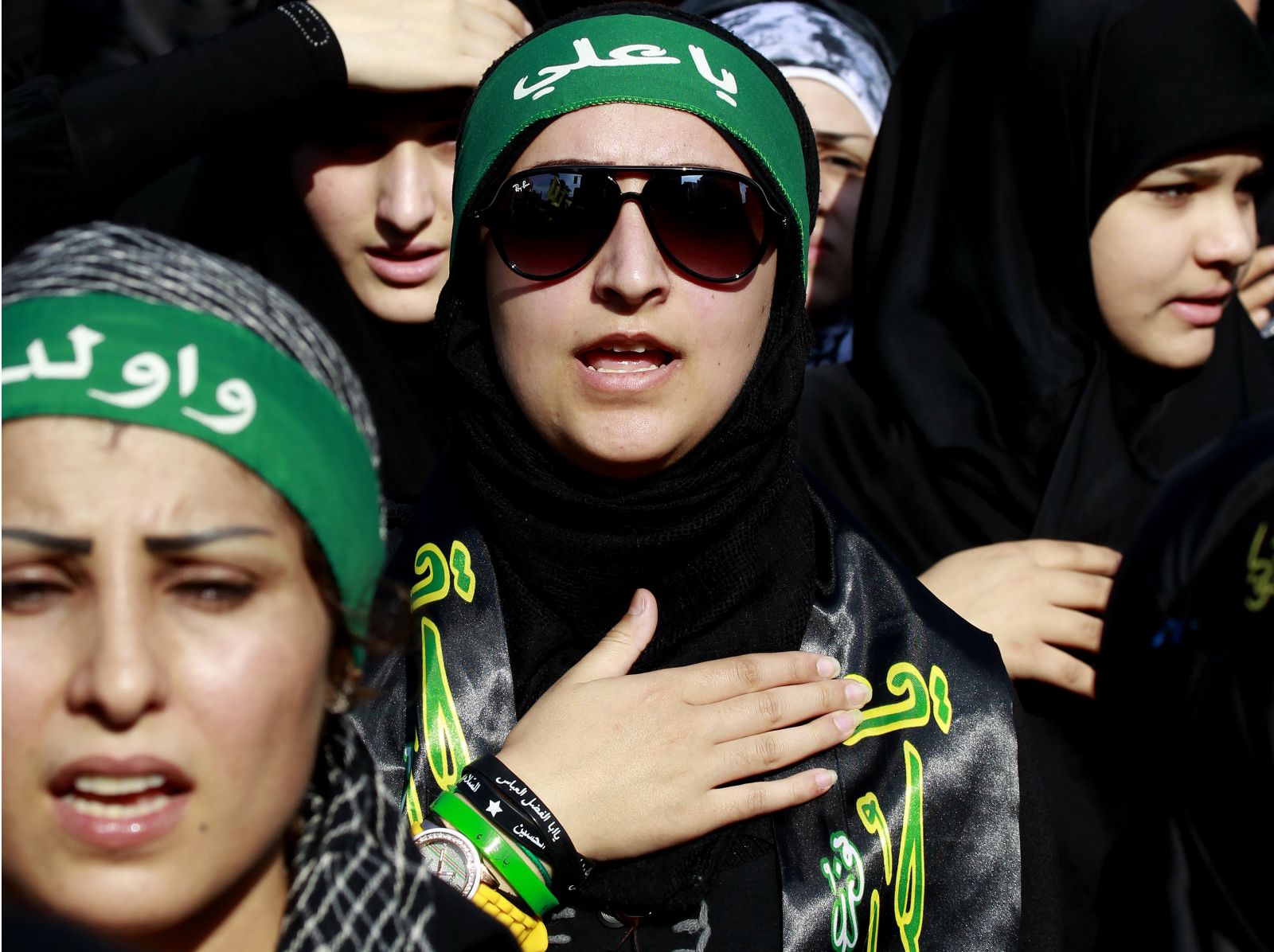 Listen
Houthis have recently started to recruit women and young girls for fighting inside Yemeni cities. The development reflects the insurgency’s exploitation of worsening economic conditions of targeted families. It also constitutes an evident violation of Yemeni women’s rights.
In January 2017, the Houthis put on an all-women military parade to show their arms and flex muscles against the legitimate and internationally-recognized government and allied Arab military coalition. Earlier, in September 2016, tens of Houthi women brandishing machine guns and rocket-propelled grenade launchers took part in anti-government protests and a military parade organized by the women’s society in al-Sabeen District, at Al-Orouba Club in the capital Sanaa.
Recruitment Methods
The Houthis pursue the following methods for recruiting female fighters:
1- Use of Force. The Houthi rebels take young girls including students to training camps by force and threaten those who resist compulsory recruitment to kill their parents. Female student dormitories are among places targeted by such campaigns run by female Houthi militants. Sources say that recently a group of female students were recruited in Hajjah Governorate and trained on using arms in Sanaa suburbs.
2- Financial Incentives. The Houthi militia tempt families of young girls with money, taking advantage of rampant poverty in Yemen.
3- Recruiting Women Prisoners. The Houthis use delinquent women serving terms at Al-Amal prison, and subject them to intensive training. These recruits formed special teams to train newly-recruited Houthi girls.
Women’s Training Camps
The Houthi militia train women recruits at the following sites:
1-  Army Barracks. The Houthi rebels set up training camps for women recruits on lands dedicated for the 1st Armored Division. There, the recruit learn how to use, handle and  disassemble and assemble guns, rifles and machine guns used in combat. The largest such training camp for women recruits is in Dhamar Governorate in central western Yemen.
2- Mosques and other places of worship. The Houthi militia use mosques for training carefully-selected women recruits. One such camp is in a mosque on the camp of Al-Eman University in Sanaa.
3- Public Schools. Al-Thawra school in Azal District in Sanaa has, until recently, been the site of one of the Houthis’ largest training camps for women. There, recruits learn how to command military formations and use light weapons such as guns and rifles.
Iranian Role
The Houthis use experienced Iranian, Iraqi, Lebanese and Syrian women brought to Yemen in 2014 to train women recruits in combat skills. Iran plays a vital role in this activity through coordination with Lebanon’s Hezbollah and the Houthis.
Sources pointed to the presence of a large number of Iranian women in Sanaa where they hold secret meetings with Houthi women and provide ideological and military training to new recruits in Sawan District, east of Sanaa, as well as in the houses of women supervisors.
Women supervisors who came from Iran are responsible for running “recruitment and mobilization” operations in the capital. They give special training to women recruits then send them back to their areas to train other women recruits.
These operations are facilitated by the following:
1- Recruitment Centers for Women and Girls. Young school and university girl students are recruited at a center run by a female relative of Abdul-Malik Badreddin al-Houthi, the top leader of the Houthi militia. She would report to the center only when a new batch of women recruits finish training and are ready to be deployed to practise training.
2- Cultural Training. This includes basic training followed by advanced ideological indoctrination and then a course in recruitment methods. The female supervisor of the training center delivers lectures herself.
Goals of Recruiting Women
Women and girls are recruited by the Houthis to carry out the following tasks:
1- Storming houses. Yemeni sources indicate that more recruited women and girls are used for storming houses than for combat on various fronts. After being criticized for using armed men to conduct raids on targeted civilian places, the Houthis had to use well-trained women recruits to loot gold jewelry in the capital and Amran Governorate.
2- Suppressing demonstrations. Female recruits were used by the Houthis to suppress demonstrations and protests staged by women, including mothers of people kidnapped by the Houthi militants, as well as assaulting any all-women opposition activity. In one such incident, female students at the College of Shariah in Sanaa University were beaten up by Houthi female personnel.
Compulsory Women’s Recruitment
Recruiting women and girls for military purposes followed Abdul-Malik al-Houthi’s statements on September 14, 2017, in which he announced that his militia plans to put compulsory recruitment back in place in Yemen to reinforce combat fronts with more fighters. Al-Houthi stopped short of specifying which segments of the population are targeted, but recruitment would not exclude any individuals from being forcibly taken to join rebel militias fighting against legitimate government and the Yemeni people. Al-Houthi’s statements violate a decision made by the Yemeni government in 2001 to abolish compulsory recruitment of all male high school graduates for a one-year national service.
Abdul-Malik Al-Houthi’s statement is proof of measures being taken by his militia on the ground. The rebel militants waged a compulsory recruitment campaign in the northern al-Mahwit Governorate that also targeted children. Yemeni Minister of Human Rights announced that the Houthis forcibly recruited some 20,000 children to fight with the militia on more than 40 fronts in areas under its control.
Offsetting Human Losses
Al-Houthis’ recruitment of women, girls and children for fighting alongside their militants indicates their desire to offset their human losses on various fronts. The militias suffers from a string of defeats and losses also because thousands of their militants fled from combat zones.
The Houhtis' call for reinstating compulsory recruitment sends out a clear message to former army personnel that they have to join the rebel militia or they will not receive their salary arrears covering more than one year. Moreover, the message emphasizes that the Houthis continue to prefer the military option to political settlement because peace, according to their view, would empower the legitimate government to restore the centralized state and consequently weaken their militias.