How is Natural Gas Driving Politics in the Middle East? 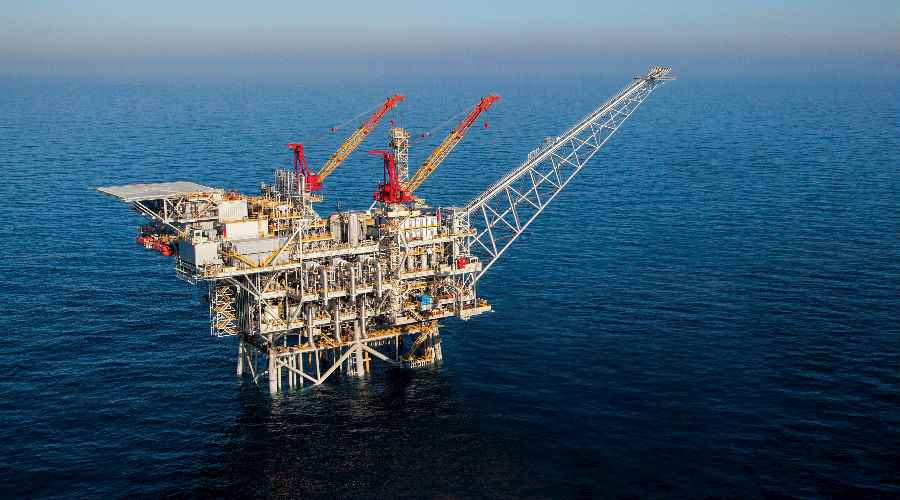 The role of natural gas in Middle East politics has been growing. It has become more evident in the second half of 2017 both in cooperation and conflict between involved powers in regional crises.  Natural gas dynamics in the Middle East is reflected in certain powers’ desire to replenish public budgets, meeting domestic energy demand, support regular armies, control parallel armies, increase financial resources of militias, resolve pending historic and bilateral issues, expand convergence between regional and international powers as well as protect Russia’s interests in the region.

1- Using gas revenue to replenish budgets. In Algeria, shale oil exploration in Ain Saleh in the south, frozen since 2015, resumed recently. Prime Minister  Ahmed Ouyahia, in remarks delivered at an economic forum in Oran in early October, stressed that the government encourages investments in the energy sector and the untapped shale gas in particular, and that the country enjoys the needed capabilities.

According to the International Energy Agency (IEA), Algeria holds the world’s third largest recoverable natural gas deposits after China and Argentina. Official statistics show that Algeria’s natural gas exports stood at 54 billion cubic meters in 2015. The government plans to increase the figure to 57 billion cubic meters by the end of this year to increase the country’s national income from energy.

2- Meeting Domestic demand for electricity. In Saudi Arabia, State oil giant Saudi Aramco is expected to finish building facilities soon in the north of the kingdom that will allow it to produce shale gas for the first time. The project, known as System A, involves gas processing facilities, wellheads and pipelines in Turaif which will feed the Waad Al Shamal phosphate mining project in the region, according to Reuters. The search for natural gas is a top priority for Saudi Arabia as it struggles to keep pace with rapidly rising domestic demand for power. The Kingdom also pledged to cut its carbon emissions and gas, which is cleaner than oil for power generation.

The Saudi oil giant’s gas production will double to 23 billion standard cubic feet per day in a decade, including 2 billion to 3 billion from shale, and is reportedly in the process of building a System B, which will be at least four times bigger than System A. It also has plans to build a System C but has yet to issue tenders for its construction.

3- Supporting Regular Armies, especially after eliminating terrorist organizations. For instance, in Libya,  Benghazi's commercial port officially reopened on October 1, 2017, after a three-year closure due to fighting between the national army led by Field Marshall Khalifa Haftar and an alliance of terrorist groups. To mark the opening Abdullah al-Thinni, prime minister of a government based in the east, arrived on board a tanker sent from the eastern city of Tobruk.

The port does not export oil, but imports gas and some petroleum products as well as general cargo, and local costs for these would be reduced by the port’s reopening, port spokesman Nasser Al-Maghrabi said. Reopening the port sends out a certain message that regional powers such as Egypt and the UAE as well Ghassan Salame, the UN's envoy for Libya, are looking forward to the liberation of eastern Libya from terrorist organizations as a prelude to find a settlement to the Libyan crisis.

Similarly in Iraq, the army’s media wing on September 16, 2017,  said that the Iraqi armed forces, so-called Popular Mobilization Forces (PMF or Hashd al-Shaabi), the Tribal Mobilization Forces and the police forces of Anbar Governorate, as well as the Syrian regime forces, advancing from the other side of the border, captured Akashat, a gas-rich desert region located south of the Euphrates river, from ISIS in a joint offensive that also sought to clear the whole area from terrorists and open the international highway to Akashat.

4- Commanding Field Control of Parallel Armies. A good instance is the US-backed and predominantly Kurdish Syrian Democratic Forces (SDF) which seized control of the Conoco gas field in Deir Ezzor province during intensified battles with al-Assad regime’s forces over the province’s oil and gas fields after ISIS retreated. US troops were stationed near the gas plant to protect it from al-Assad regime’s forces and allied militias.

This represents a significant development taking place for three years during which ISIS seized control of Deir Ezzor’s oil and gas resources providing a significant source of funding. However, a few weeks ago, the province became the scene of two offensives. In the first one, Assad regime’s army advanced under air cover from the Russian forces to force ISIS militants out of the western areas. In the second offensive, the SDF, backed by the US-led global coalition, advanced to push ISIS out of the eastern areas.

5- Increasing Militias’ Financial Resources. Media reports indicate that the rebel Houthi group in Yemen is manipulating the price of  liquefied natural gas (LNG) cylinders. In areas under the Houthi militants’ control, LNG prices are four times higher (from 1200 riyals or US$4.8 o 5000 riyals or $20),  compared to other areas. The drastic rise came after the group imposed huge illegal bill  collection on citizens to support “war effort”.

Under-Secretary of the Oil and Minerals Ministry Shawqi al-Mekhlafi told Asharq Al-Awsat newspaper on September 25, 2017  that the legitimate government has been taking care of all the Yemenis. Mekhlafi pointed out that the official prices are still the same and have not been modified by the Ministry of Oil, which is currently producing about 75 gas tank trucks, each loaded with 25 tons of gas. One ton is used to fill 86 canisters, distributed according to the density of the population in each governorate and city.

Although the Yemeni government,  in cooperation with the Saudi-led Arab coalition and the United Nations, allows vessels carrying petroleum products to dock at the port of Hodeidah, the Houthi militias sell the shipments at double the price, impose royalties on selling points, set up customs collection points in areas under their control for shipments coming from the country's ports and points of entry. Revenue generated from price disparity contributes towards funding the militia.

6- Resolving Pending Historical Issues. A good instance is a long-standing issue between Iraq and Kuwait about reparations for Iraq’s occupation of the Gulf country in 1990. On October 3, Kuwaiti Minister of Oil Essam al-Marzouq, unveiled that his country agreed to an Iraqi proposal to pay off the remaining $4.6 billion in war compensations with gas supplies. But bartering claims with gas supplies was one of four payment options proposed by the Iraqi government in August. Later, Khaled Ahmed Al-Mudhaf, chairman of Kuwait compensation authority, in a speech before the 83rd session of the United Nations Compensation Commission in Geneva, said that according to the agreed proposal, the two countries would negotiate an agreed price for the gas supplies. According to other alternatives, the two countries would negotiate a decrease of the annual percentage of the Iraqi oil revenues, lower dues according to Paris Club sustainable solutions or transform the outstanding amount into a bilateral debt.

As the first option was approved, initially Iraq would supply 50 million standard cubic feet to Iraq, with plans to increase the volume to 200 million cubic feet in the future.

7- Resolving Bilateral Issues. Italy’s interest in Egypt’s natural gas resources changed the course of relations between the two countries (after they were marred by the murder of Italian graduate student Giulio Regeni in Egypt in 2016) and even played a role in their convergence about the Libyan crisis. Italian companies have been investing in natural gas fields discovered in Egypt over the past two years.

On August 29, 2017, Italian Foreign Minister Angelino Alfano said Egyptian efforts to put an end to the Libyan crisis are indispensable. Moreover, there is convergence between Rome and Cairo about the need to support the role being played by Khalifa Haftar to counter the danger posed by ISIS as it attempts to return to southern Libya with more foreign fighters returning  from Iraq and Syria. Overall, the developments paved the way for the return of the Italian ambassador to Cairo.

8- Expanding Convergence between Regional and International Powers. Saudi Arabia and Russia have initiated cooperation in the oil and gas industry, electricity and renewable energy. During Saudi King Salman’s recent visit to Russia on October 5, Saudi partners were said to be considering joining Russia’s Novatek in producing gas in Russia. Reuters reported that a memorandum of understanding (MoU) was expected to be signed between Novatek and Saudi Arabia on a liquefied natural gas (LNG) project, known as Arctic LNG-2, that aims to start up in the 2020s.

9- Protecting Russia’s Interests in the Middle East. The need for energy resources drives major powers to compete and seek to strengthen their influence in regions of strategic importance such as the Middle East. Some views are that gas will replace oil in future conflicts and similarly influence global economy and international security.

Among the determinants of Russia’s military intervention in Syria is its desire to protect its strategic interests in gas supplies and pipelines between fields and export ports. Moscow is aware that European countries bid to diversify energy resources and do without Russian natural gas has become one of the continent’s primary goals. This drives Moscow to insist on keeping al-Assad regime in power in Syria to block a project to carry Qatari natural gas to Europe via Syria’s territory.

Survival of al-Assad regime would allow Iran’s natural gas exports to reach Syrian ports on the Mediterranean, where Russia seeks long-term contracts with Iran to export Iranian natural gas to Europe. Moscow pursued the same policy towards Turkmenistan and Azerbaijan to buy their natural gas supplies for low prices and then re-export them to Europe in global prices. Moreover, Russia had an opportunity to get its hold on a new bargaining chip against Europe, and signaled that natural gas exports carried to Europe via Syria and Turkey can potentially be cut off because of the conflict in Syria and Turkey's confrontation with the Kurdistan Workers' Party or PKK.

Most recently, on Monday October 9, Russia’s largest oil producer Rosneft said that it bought 30 percent stake in the Zohr gas field in Egypt, the largest gas deposit in the Mediterranean Sea, from Italy’s Eni for  $1.125 bln. Rosneft also became a participant of the project to develop the largest deepwater gas field offshore Egypt jointly with other world majors and strategic partners of Rosneft – Eni (60 pct stake) and BP (10 pct stake).

Overall, natural gas enables states, parallel armies and militias in the region to generate significant revenue and make geopolitical gains. This explains why natural gas has transformed into a primary casus belli in Middle Eastern conflicts. However, the other roles of natural gas pipelines can revitalize regional and international cooperation, in particular because global gas demand grows twice as fast as supply, generating trending views that, in a few decades, it can potentially replace oil as a primary global source of energy.