How does Qatar manage its Crisis with the Quartet Countries? 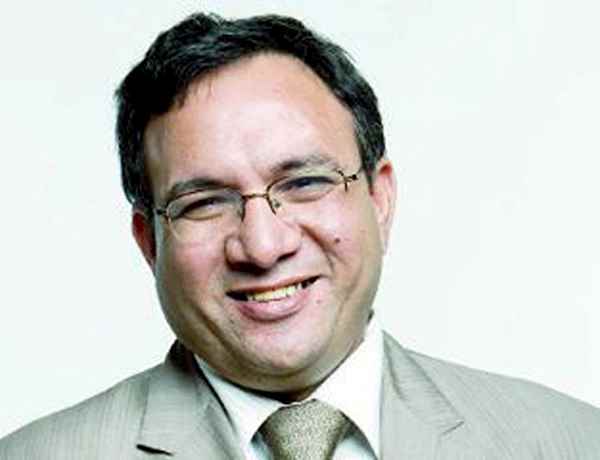 When Emir Hamad bin Khalifa assumed power in Qatar in 1995, he sought to solidify his rule, which seemed then weak and unstable. To achieve this purpose, he adopted policies that relied on hostility towards his Arab neighbors, and sowed strife via television channels such as Al-Jazeera or via religious organizations, such as the Muslim Brotherhood. This lasted for years until the so-called “Arab revolutions” erupted in 2011. Qatar rode that wave alleging that it played a big role in launching it and inspiring its makers.

During the past years, Doha attempted to expand its role in the region through exploiting the difficult circumstances some Arab states were going through or betting that the latter will plunge into chaos due to political and social conflicts. In Qatar’s view, such conflicts are either due to sectarian and tribal problems, or due to terrorist organizations that employ religion to disintegrate states.

For the past 20 years, and particularly after Emir Hamad bin Khalifa assumed power to be later succeeded by his son Emir Tamim, Doha acted like it had impunity. Doha’s policies relied on the assumption that Arab states have become familiar with its approach and they cannot deter it, or being protected by the US that employed Qatar as a liaison with extremist organizations. This is in addition to traditional commercial and military interests between the US and Qatar.

Regarding the current crisis, Qatar’s government may have not expected Saudi Arabia, the United Arab Emirates, Bahrain, Egypt and other countries to cut diplomatic ties with it. These boycotting countries also closed all land, sea and air routes with Qatar. Currently, they are considering escalation and tightening the measures after Qatar’s negative response to the submitted “list of demands.”

Over the past years, Doha acted like it has a big margin of maneuver and that it can continue to play on these contradictions towards other countries’ interests. It thought it would always get away from being held accountable or questioned or punished and hid behind political propaganda and secret relations. It bet on the West’s interests with it, on the strong network of relations with “political Islam” groups, which have different motives and orientations, and on its growing relations with Turkey and Iran.

New punishments and escalation policies are being considered against Doha. This is contrary to what Doha thought will happen or hoped for. Therefore, Qatar is now more concerned with assessing its options, which it has not experienced since the Qatari state was established in 1971.

In the beginning, some betted on “Qatar’s retreat,” which meant that Doha will – even after a while – take measures that will reassure the Gulf countries and give them a chance to test its intentions and confirm that, unlike previous times, it will keep its promises and take decisive measures on the ground. It also meant that Qatar will change the authority’s structure and orientations thus influencing the policies and ideas of the masterminds of the current Qatari project – or to be more precise influence the ideas of those who link Qatar with regional and global powers that direct Doha and use it as a Trojan horse to serve their interests.

This requires disengagement with extremist organizations and achieving real change in Qatari foreign policy on regional and international levels. The countries that are harmed by Qatar’s policies must testify that the latter has changed and that Doha has altered its media’s orientation. Qatar so far has been stubborn in responding to the 13 demands made by the boycotting countries. However, stricter punitive measures may push it to submit in the end particularly if the economy continues to bleed and if Qataris continue to feel isolated or if other major countries began to further pressure Doha to retreat before the situation worsens. Qatar has not retreated until now and its political, media and economic behavior indicates it has prepared to be intransigent for long.

Others bet on another scenario which seemed optimistic and “appealing”, which meant Doha will show political leaders in the Arab world, particularly Gulf states, all its cards and reveal the size of its involvement in this destructive path that ended in it being cast out. It will convey that it cannot reverse on its own, otherwise it would cost it a lot. Qatar will thus be like someone who integrated in an illegal group, gained a tangible role and learnt secrets but it is difficult to withdraw or it will be punished. In this case and after confronting itself, the royal family will seek the help and support of Gulf and Arab countries after it employed and adopted policies for more than 20 years that have nothing to do with the interests of the Qatari people. It seems this scenario has become unlikely as the deadline and the extended deadline, which Qatar had to respond to the demands of the three Gulf countries and Egypt have ended. Qatar’s response was “negative and lacked any content,” as Egyptian Foreign Minister Sameh Shoukry said during the press conference, which the foreign ministers of the boycotting countries held on July 5 in Cairo.

Therefore, Qatar now has three options to deal with its current crisis, and they are:

1. Mitigation: In this case, Doha will bet on time to decrease pressure and restraints, ease the recent Gulf stance and seek the help of regional parties, mainly Turkey for military protection, and Iran for economic help, and international parties, mainly the US to exert pressure on others. Meanwhile one party will take measures to reassure the countries harmed by Qatar’s current policy. In this case, Qatar aspired to dilute the situation with time so it can go back to its contradictory statements and practices, build secret bridges with prohibited organizations in the region and dream of regional disintegration in which it emerges a winner, regardless of this victory’s extent or how long it lasts.

2. Persistence: In this case, Doha will be stubborn and insist on adopting policies that Saudi Arabia, the United Arab Emirates, Bahrain and Egypt view as policies that divide Arab unity, particularly the Gulf’s, and oppose the interests of all countries. There are also accusations that Qatar supports the Muslim Brotherhood and has allied with Iran that targets Gulf countries. This means going a step further in the rivalry with the Gulf Cooperation Council countries, embracing Tehran more, strengthening relations with Ankara and resuming relations with “political Islam” groups including extremist organizations that are present in more than one country. It also means betting on the major countries’ rejection of military intervention and attempting to find a permanent excuse to intimidate Qataris over their future and convince them that they are targeted and have no other choice but to be united around their political leadership and accept its bets, choices and relations.

3. Escalation: In this case, Doha will escalate the conflict by expediting payback measures against everyone. It would increase its funding of outlawed entities and direct some of them to carry out operations in the countries that had boycotted it. It would nurture sectarian conflicts in hopes it will stir chaos and unrest in Arab countries. This will serve its desire of disintegrating and dividing the latter so its influence can increase in its geographic and political surroundings. This is what the current Qatari administration is deluded about as it aspires to play a role that is much bigger than its capabilities.

Escalation may take another form represented in further enabling the Muslim Brotherhood and its followers in the Qatari decision making process by increasing their involvement with leadership in Doha and employing their capabilities and networks to serve Qatar. In this case, Doha can be dealt with as the Brotherhood’s “alternative homeland.” This means Qatar will be taking a step backwards. This does not only pose a direct threat to Gulf countries, including those that did not boycott Qatar and which are Kuwait and Oman, but also to the entire Arab world.

In conclusion, the boycotting countries are well-aware of the repercussions of the second and third paths. They will work on confronting them and refuting them as they have more cards to play and pressure Qatar with. These options may have been discussed during the meeting of intelligence officials of the boycotting countries and which was held before the meeting of Saudi, Emirati, Bahraini and Egyptian foreign ministers in Cairo on July 5. Therefore, it is expected for the current crisis to prolong and for gradual escalation against Doha to isolate the latter amid its intransigence and persistence to adopt its current and unacceptable policies. This seemed clear as the foreign ministers confirmed that the demands submitted to Qatar will not be negotiated or delayed and as they announced that, the political and economic boycott of Doha will continue, as additional measures will be taken against it.