US Airstrikes in Syria: Implications on the Crisis in Yemen 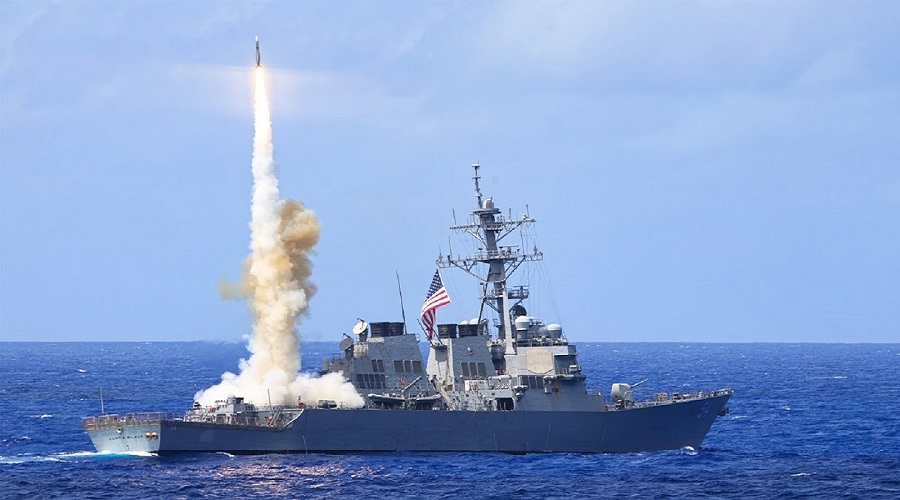 There is a significant shift in the current US administration approach, led by Donald Trump, towards the crisis in Yemen. Unlike his predecessor, Barack Obama, Trump appears determined to take a tougher stance against the coup coalition of “Houthi-Saleh”, ramping up airstrikes and using drones against Al-Qaeda in Yemen.

The US Tomahawk missile strikes on Syria’s Al Shayrat airport in response to a chemical -weapon attack, allegedly by the Assad regime on Khan Sheikhoun town, raised questions about the ramifications of this US military strike on the Yemen crisis. Could the US launch a similar military offensive against Houthi militia, especially in light of the US accusations to Iran and its proxies in Yemen of threatening international navigation in the Red Sea?

The US military strike, that targeted Syria’s Al Shayrat airport, sent several messages; one of which to Iran and its allies in the region, including Houthi militia, that the Trump administration is serious about using military force to protect Washington interests, as it did with the Assad regime.

Indeed, the US missile strikes against the Syrian regime sparked the fears of Houthi militia, which hastened to condemn them. The so-called Houthi's Supreme Political Council (SPC) stated in a statement issued on April 7, that targeting Al Shayrat airbase in Homs was “a blatant military aggression which reflects a practical orientation of American-Israel for destruction in the region".

According to media reports, senior Houthi militia leaders convened an urgent meeting chaired by Houthi militia Mohamed Ali Al-houthi, President of the so-called the "Supreme Revolutionary Committee", to discuss the repercussions of the US airstrike in Syria on the situation in Yemen, and the necessary actions to be taken if the United States attempted to launch similar attack against the Houthis.

Indicators of US Changing its Position

There are several indicators confirming that the current US administration, unlike Obama, adopt more supportive policies for the legitimate government and the Arab Coalition in Yemen, which are against Iran and its Houthi ally. The most notable of these indicators are as follows:

1- The former US National Security Advisor, Michael Flynn, labeled the Houthis, before resigning in mid-February, as one of Iran's "proxy terrorist groups", though the United States did not designate the militia officially as a terrorist organization. Flynn issued this statement shortly after the Houthis attacked Saudi frigate in the Red Sea in late January 2017.

2- The United States deployed a Navy destroyer off Yemen waters, on Feb. 3, 2017, to protect the waterways from the threats posed by Iranian-backed Houthi militants. A report by Foreign Policy magazine at that time revealed that Washington is considering to take tougher measures against the Houthi rebels, including drone attacks and deploying military advisers to help the legitimate Yemeni forces.

3- The Deputy Crown Prince of Saudi Arabia, Mohammed Bin Salman’s visit to Washington in March 2017, where he had talks with the U.S. administration, revealed clearly that there is agreement between both sides on tackling many issues. The most notable of these issues are Iran's destabilizing activities in the region and Tehran's support for its proxies in Yemen, Syria and Iraq, which pose threats to the security of the Arab Gulf countries and international navigation in the Red Sea.

4- US Secretary of Defense James Mattis ' request to the White House, on March 27, to lift Obama-era restrictions on U.S military support for the Arab Coalition states participating in the war against Iran-backed Houthi rebels in Yemen, according to the Washington Post.

In an apparent reference to Washington's intention to take tougher stand against Iran, Mattis said in in his memorandum to the national security advisor Herbert McMaster, who was appointed to replace Michael Flynn, that supporting the coalition led by Saudi Arabia and UAE would help combat a common threat to both the Gulf States and the US, i.e. the danger of Iran and its proxies in Yemen.

5- US media reports indicate possible involvement of American forces in the battle of liberating Hodeida, not only through intelligence and logistical support, but though military support for the Arab coalition forces, to protect international shipping lines. This comes after the recent Houthi assaults targeting UAE aid ship, US aircraft carrier and Saudi frigate, assaults many states regarded as a threat to shipping in the Red Sea.

6. General Joseph Votel, Commander of US Central Command (CENTCOM), admitted in a testimony before the Senate in late March that Houthis deployed, supported by Iran, missiles, radar system, mines and explosive boats, off the West coast of Yemen. The U.S. leader stressed that these weapons threaten trade, ships and US military operations in the region.

The United States has interests in Yemen and Bab el-Mandeb Strait, as it has in Syria, leading it to provide more military support for the Arab Coalition forces against Houthis in Yemen. There are speculations that this military support will be demonstrated in the planned military operation to retake the strategic port of Hodeida from the putschists. The following reasons augment these expectations:

1- Current US administration’s conviction that Iran represents a real threat to the security of the Arab Gulf States and has obvious ambitions to extend its influence in Yemen and other countries in the region. Thus, Trump administration shows more understanding of the steps taken by the Gulf States to counter the Iranian threat.

2- United States’ focus on fighting Iranian allies and curbing them, not only by military means, but also by designating Tehran-backed militias as terrorist groups.

3- The United States understands that curbing Iran’s proxies in the region, mainly the Houthi group, is a primary and available objective, because there is an international consensus that the group is a militia, that it has illegally seized power in Yemen, and hence the international community has to fight it by all means, including the military ones.

Trump also wishes to flex his muscles in the face of Iran. Yemen crisis is the best suited to be the arena for this compared to other conflict zones, the most complicated and tangled conflicts in the region such as Syria, which involves multiple actors.

4- The American support for the legitimate forces of Yemen and the Arab Coalition in the battle of Hodeidah and the coastline west of Yemen aim to fend off the threat posed by Houthi militia to security and navigation in the Red Sea, and reducing the Iranian threat in this region. This makes the battle of retaking Hodeidah more significant, since it is a major outlet for smuggling Iranian weapons to the Houthis, and liberating it would secure international aid to the Yemeni people.

5- Threats by the Houthis that they will use all means to defend the port of Hodeidah, including closing Bab-el-Mandeb Strait to international shipping, represents a strong impetus to the US administration to engage in the battle of liberating this strategic port and ward off the danger of such threats in the future.

In short, it is clear that the United States' current stances towards crises in the Middle Easr are different from those of Obama administration. This was clearly manifested in the recent military strike against the Assad regime’s Al Shayrat airbase, a blow which might hearten Trump administration to take similar actions in other conflict zones, that threaten Washington interests and its allies in the region.

Yemen crisis and protecting the international navigation in the Red Sea are among the concerns of the current US administration. Since Trump took office, numerous indications signal Washington embrace of a tougher stance against Houthi militia in Yemen, which in turn increases the likelihood of the United States providing more military support for the Arab Coalition in Yemen against "Houthi –Saleh" alliance. The latter seemed to suffer splits in recent periods, which might be the beginning in the battle of restoring the strategic port of Hodeidah, given its importance for international navigation.