The Aftermath of Soleimani’s Assassination

What is Trump’s Administration Strategy with Iran? 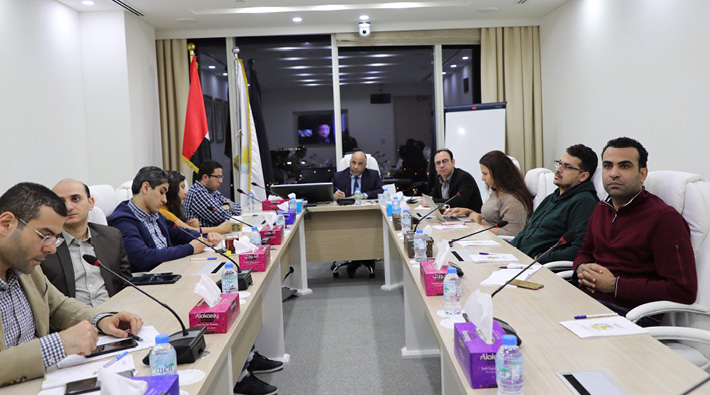 On Sunday, January 12, 2020, “Future Center for Advanced Research and Studies” hosted a video conference with Ms. Barbara Slavin in Washington, director of the “Future of Iran in the Atlantic Council” initiative and one of the most important specialists in US-Iranian affairs within the United States.

Ms. Slavin began her discussion with a preliminary presentation of  Trump’s administration strategy of dealing with Iran, exemplifying the killing of Qassem Soleimani, commander of the Qods Force of the Iranian Revolutionary Guard, Abu Mahdi Al-Muhandis, deputy head of the Iraqi Popular Mobilization and the other officials, which was carried out by the utilization of an American drone on January 3rd.

Assessing the implications of the assassination of Soleimani, Ms. Slavin has stressed upon the following points during the seminar:

The idea of ​​carrying out the killing of Soleimani has been on the table for Trump’s administration since last June after the Iranian attacks on oil facilities in the region, especially the shoot-down of the American drone. Therefore, according to Ms Slavin,  Soleimani’s assassination became a de facto matter particularly, with the storming of the American Embassy in Baghdad. This echoed the Iran hostage crisis in Tehran in 1979 and presumably led to loss of President Jimmy Carter’s reelection.

Ms. Slavin has also affirmed that the decision to carry out this deadly operation was not difficult, as it through a drone  and  hence without the need to deploy US military forces on the ground. The execution of the operation in such ‘uncomplicated’ matter represents a strong and impactful American strike against Iran, responding to its deliberate ‘proxy’ escalation in recent months. It also sends a strong message that Trump’s administration will retaliate forcibly if/when Iran crosses the limits, which Washington considers ‘red lines.’

As for the internal reactions within the US,  according to Ms. Slavin, opinion polls confirmed that a high percentage of American citizens believe that the United States is not safer after the operation, and that they do not trust President Trump’s justifications for the incident. Some media reports also indicated that there was no threat to American interests, and that the killing of "Soleimani" was aimed to retaliate the previous assaults against the US’ interests, and to deter any future attacks.

‘Controlled escalation’ between Tehran and Washington

Ms. Slavin indicated that it is unlikely that President Trump will enter a war with Iran, due to several reasons, such as the anti-war sentiments and movements whicbh are increasing in the US, preventing him from entering into another war, especially during the presidential election year.

However, Trump does not have a clear strategy in dealing with Iran, and therefore there are disparities and disagreements within his administration.

For example, some within the administration continuously doubt Trump’s assertion of an imminent Iranian threat, and question the idea that the Iranian Revolutionary Guard would target four US embassies within the region. The US Defense Secretary Mark Asper later stated that he had no knowledge of a possible attack.

It seems that the only strategy Trump has implemented in dealing with Iran since the US withdrawal from the nuclear agreement is the strategy of maximum pressure, in specific through the use of economic sanctions, as asserted by Ms. Slavin.  Otherwise, Trump deals unilaterally and according to his own intuition.

As for Iran, the first direct response to the killing of "Soleimani" was on January 8th, when missile strikes were directed against two American bases in Iraq. It is believed that the crash of the Ukrainian plane due to one of the missiles launched by the Revolutionary Guards helped reduce the escalation and has tempered the level of retaliation down.

A journey beyond Soleimani

The developments of events since the assassination of "Soleimani" indicate that Iran will not attempt to negotiate with the United States during the remainder of Trump’s administration. Tehran hopes that Trump would lose the reelection and might try to use provocative tactics just before the elections to vandalize Trump’s image.

As for Iran internally, while some demonstrations broke off dissenting the crash of the Ukrainian plane, they did not have strong impact on the Iranian regime. On the contrary, after the assassination of "Soleimani," all further protests have been dismantled and any moderate or reformist streams were removed from Parliament.

As for the future repercussion of the post-Soleimani killing, Ms. Slavin has affirmed the following:

Furthermore, the Europeans continue to try to salvage the nuclear deal, but to no avail. They still encourage the adherence to the agreement with Iran and have not responded to President Trump's demand to withdraw from it. As for China, it will still have ties to Iran, and in specific, economically by acquiring its oil.  In-fact the economic sanctions of Iran are not of major concern for China and it is quite aware that the trade war with it is presently having negative economic implications on the US economy.

Based on all of the above-mentioned considerations, Ms Slavin asserted that there is no way out of the current crisis, unless the Trump administration offers incentives for the Iranians to sit again at the negotiating table. Taking advantage of the deteriorating conditions of the Iranian economy, renegotiation might be possible if partial suspension of the economic sanctions are considered.