Baghdad’s Options Amid the Iranian-US Escalation 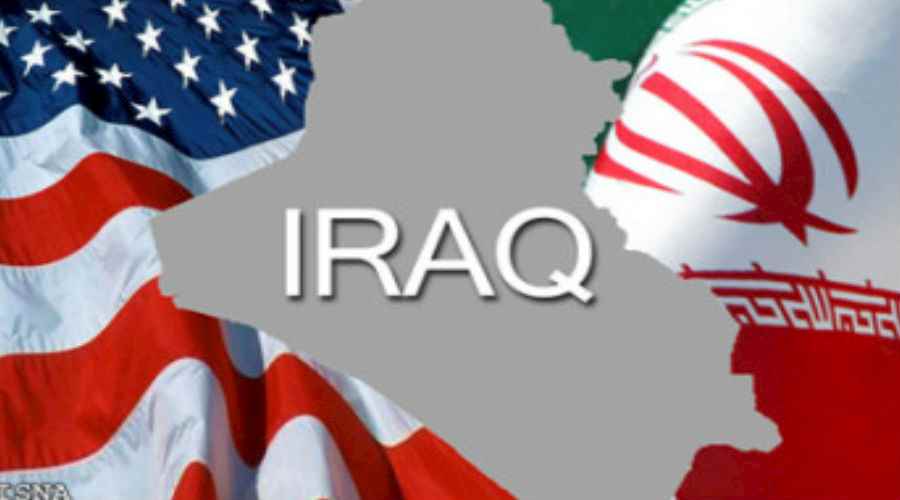 While the US prepares to withdraw its troops from Syria, it considers redeploying its troops in Iraq. Although this might not have caused a crisis between the two countries, as the US troops have been in Iraq for the past 15 years, the US president Donald Trump justification for the move, to “watch Iran”, has pushed relations between Washington and Baghdad to this path. To make things worse, this move was accompanied by selecting a site in the Anbar governorate for that purpose, which is to reduce Iran’s movements towards Syria through the Iraqi territory, putting Baghdad in trouble with its frenemies.

Unlike many precedents which Iraq have seen over the past few years, the current crisis seems more complicated because the main objective of the US move, according to some Iraqi forces, is to target Iran from Iraq.

The surprise visit of US Acting Defense Secretary Patrick Shanahan to Baghdad on February 12, 2019, sparked controversy over the future of the US presence in Iraq and its goals. Despite efforts to contain the current crisis, particularly following the moves taken by some political forces in the Iraqi parliament to draft an agreement for the future of US presence in the country, nothing has crystallized yet, which may aggravate tensions between the sides in the coming period.

On February 3, US President Donald Trump announced his intention to withdraw American troops from Syria and Afghanistan while retaining them at Ain al-Asad base in Iraq “to be able to watch Iran” so that “We’ll come back” to Syria “if we have to”. He also hinted that the goal of keeping a close eye on Iran is to identify its efforts to continue building its nuclear project. The announcement, however, contravened the reality of the US moves, which, realistically, aimed to limit Iran’s movements to Syria through Iraq after the US withdrawal from Syria.

Seemingly, the US plan seeks an alternative to a base on the Syrian-Iraqi border, both by bolstering presence at the Ain al-Assad air base, the second largest air base in Iraq, which was visited by Trump earlier this year, or by building an additional military base, as several reports indicated US movements in other locations, including Al-Senya base in Baiji, Salah al-Din governorate, another base in al-Fathah area, and a third in Kirkuk, indicating that US companies would begin rebuilding the infrastructure of Salah al-Din.

The Iraqi government and some political and religious forces say that tying the future of the US presence in Iraq to keeping a close eye on Iran runs contrary to the existing agreement between the two sides. The Shiite cleric Ali al-Sistani said Iraq “rejects being a launching pad for harming any other country”, which serves a starting point to escalate against the American presence in the country. In addition, the Fatah Alliance led by Hadi al-Amri has reached a consensus with the Sairoon bloc led by Moqtada al-Sadr on ending the presence of US troops. Another movement opposes the formula of “terminating” the US presence. A third movement is looking for a compromise formula, on the belief that there is still a need to maintain the US presence in its traditional form, amid fears of ISIS resurgence in Iraq, which may trigger wide disagreements among different political forces in the Iraqi Parliament.

However, there appear to be efforts to contain the escalating crisis in Iraq, as part of the outcome of the visit of US Acting Secretary of Defense Patrick Shanahan to Baghdad. Iraqi Prime Minister Adel Abdul Mahdi rejected establishing any military bases in Iraq, stressing that the two countries should adhere to “the basic agreements of fighting terrorism, training Iraqi forces, and nothing else”. During his meeting with Abdul Mahdi, Shanahan tried to reconcile the different viewpoints, explaining that “the mission of the American forces is to fight ISIS and provide the training needed to the Iraqi troops”. Although these remarks were viewed by many analysts as a sign of a reversal of the proposed formula, they did not diminish the controversy over the procedural steps that may be taken by the Iraqi parliament. However, the Iraqi parliament Speaker Mohammed al-Halbousi and the leader of the National Wisdom Movement Ammar al-Hakim made another attempt, in the same direction, to make room for political dialogue among political blocs, as part of strengthening the government position.

Against this backdrop, the current controversy may take one of two paths: The first is to defuse the crisis by enhancing the chances of containment attempts made by the head of government and the speaker of Parliament, who in turn pointed out that the proposal adopted by some MPs and received by the presidency of parliament aims to identify the mission, nature of work and the duration of the US presence in Iraq. Yet, this remains a mere attempt to overcome the disagreement, as it will hinge on the US stance, especially on Iranian moves, since President Trump remains determined to maintain military presence in Iraq.

The second path is escalation, which perhaps, turns into targeting the US presence. This could have serious consequences for the militias which issue such threats, given Washington’s warnings of the repercussions of attempts to target its interests.

In conclusion, it can be argued that the current Iraqi crisis reflects the security developments in the region, particularly amid the US-Iranian showdown. With the increasing likelihood of heightened tensions between Washington and Tehran, Baghdad may come under greater pressure in the coming period.