Why is ISIS trying to make a comeback to its previous strongholds? 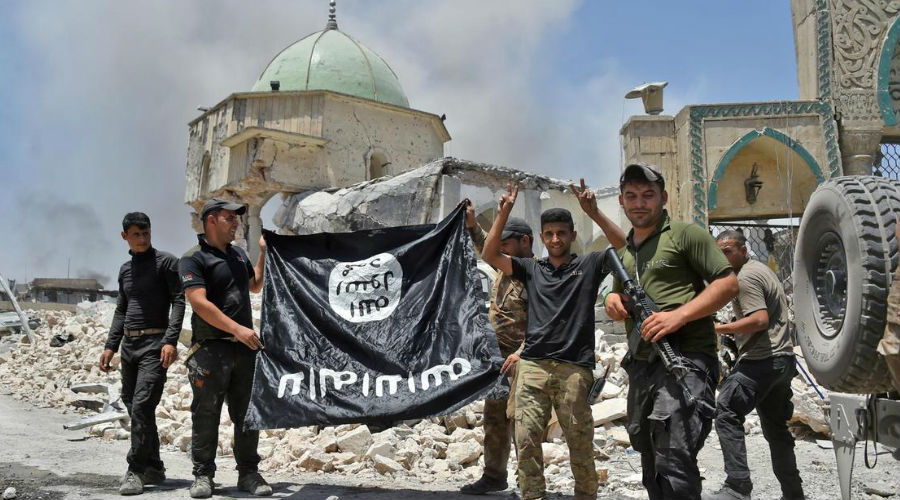 ISIS seems to be intent on returning to the areas from which it was driven out or its influence has receded over the past period, such as Raqqa and Deir ez-Zor in Syria. The two cities have recently witnessed a remarkable activity by ISIS, which is evident in the organization’s terrorist attacks against its opponents, raising many concerns that it may further expand, taking advantage of impasse over the Syrian crisis and the increasing security troubles in those areas.

Despite the strenuous efforts by many parties concerned with the Syrian crisis to roll back ISIS in Syria, after eliminating most of its cells in Iraq, it has managed to regain its activity, relatively, in some areas especially Raqqa and Deir ez-Zor, although this does not amount to establishing a full control over them. However, the organization is evidently intent on continuing its terrorist operations in the two cities.

In Deir ez-Zor, one of the key strongholds of ISIS prior to its oust from the area, its operatives staged a flurry of attacks against the Syrian army forces, such as the attacks on the area stretching from al-Mayadeen to Badia al-Dweir in Deir ez-Zor, in early September 2018, which coincided with violent clashes between Syrian army soldiers and allied militias and a number of gunmen in the area of al-Tayem oil field south of Deir ez-Zor military airport.

ISIS' attacks against the Syrian Democratic Forces (SDF) have also continued unabated during the recent months, such as the attack on October 19, 2018, which was carried out by a group of the so- called Inghimas against a gathering of the militia in the countryside of Deir ez-Zor, killing several of its fighters and injuring others, which was preceded by another attack in Hajin area on the 13th  of the same month, which left 37 of its elements dead.

ISIS’ activities have not been limited to the kidnapping of citizens, such as the kidnapping of 130 Syrian families from Deir ez-Zor on October 13, estimated at about 700 persons, in a surprise attack on al-Bahra camp, an operation carried out by its “sleeper cells” inside the camp.

ISIS’ push to make a comeback to the areas where it has been active during the past period can be attributed to several factors, the most prominent of which are:

1- Concentrating its influence in specific areas such as Hajin and al-Sousa east of Deir ez-Zor, where ISIS has managed to expand its activity in those areas despite the continuous strikes it suffers at the hands of more than one party, such as the international coalition forces, the Syrian regime and the SDF militia. Certainly, this could turn those hotbeds into a launch pad for staging high-profile terrorist operations against opponents and cas also help the organization to expand into neighboring areas.

2- Activating sleeper cells: Hidden and unknown security operatives, known as the sleeper cells, are one of the most important tools ISIS is trying to employ to resume its terrorist activities in the previously controlled areas. Numerous reports indicate that a group of ISIS members, who are called the “cubs of the caliphate”, are still present in those areas. Those members represent, in the organization’s point of view, an important human resource that can help compensate for part of the human losses that have suffered in the various confrontations during the past period.

Such cells are now playing the biggest role in carrying out terrorist attacks in Raqqa and Deir ez-Zor, as indicated by the SDF statement, at the beginning of October, that it uncovered a sleeper cell belonging to ISIS, which was plotting a series of attacks in Raqqa, as well as the statement by the militia leader Ahmed Khalaf, on the 18th  of the same month, in which he said that “ISIS cells are behind the tense security situation in the city. Four of its members were arrested, and two involved in planting explosives, were killed”.

3- Recruiting new operatives: By attempting to return to the previously controlled areas, ISIS leaders want to send messages to the like-minded elements that the organization is still able to cope with the pressures and expand the scope of its activity. In other words, ISIS’ leaders are trying, through this move, to promote the idea that the decline of the organization does not mean the end of its ideology, which is still trying to disperse, despite all the defeats it suffered in the past period, both in Iraq and in Syria.

Remarkably, some rival organizations tried to exploit such defeats to assert the imminent demise of ISIS, such as al-Qaeda, which, during the current period, seeks to make a comeback in areas previously controlled by ISIS.

4- Exploiting the fragile security situation: ISIS attaches special importance to the areas which experience growing security troubles. The organization believes that the Syrian conflict perpetuation can help it to resume its activities and endure the pressures. Many estimates, therefore, suggest that the ISIS may ramp up its terrorist operations to strengthen its ability and hence regain its influence.

Yet, the prospect of the organization’s success in regaining control over those areas faces seemingly insignificant obstacles, since the parties involved in the Syrian crisis will not allow it to do so, because such path will have dire consequences that will prolong the crisis and alter the power balances on the ground again.