Will al-Qaeda’s Influence Recede in the Coming Period? 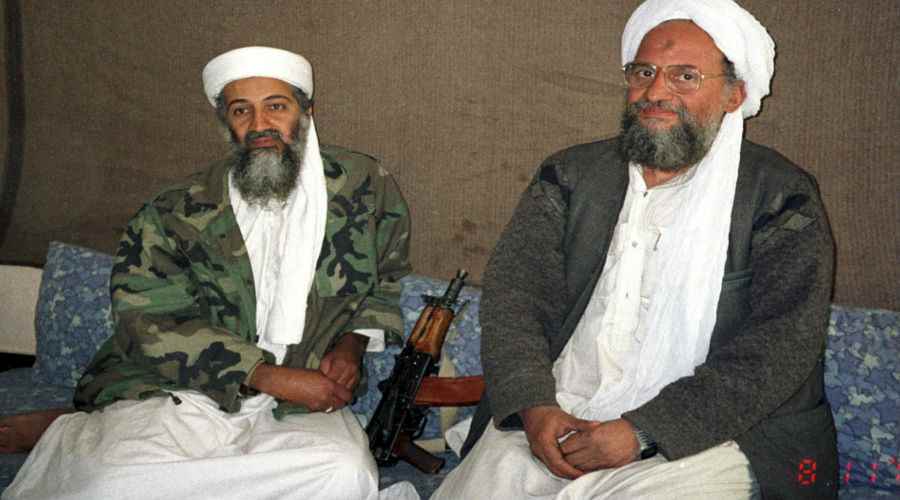 Al-Qaeda has sought to exploit the 17th anniversary of the events of 11 September 2001 to assert its survival and ability to stay at the forefront of terrorist organizations worldwide. In doing so, it seems to be trying to cover up the multiple challenges facing it at the present stage, which may cause its influence to diminish in the medium and long term. Thus, it cannot be ruled out that the fears expressed by many of its leaders over the organization declining influence is the main factor that prompted Ayman al-Zawahiri to increase the media messages he sends to the organization cadres and members along with other organizations, especially its rivals, as well as the international and regional powers concerned with combating terrorism.

It is a remarkable shift from what happened in the past years, which witnessed a relatively limited appearance of al-Zawahiri to comment on events with the aim of proving that he is still alive and interacting developments. The new development raises many questions about the significance of the flurry of messages, particularly that they come at a time the region is witnessing numerous important variables with profound impacts, such as the receding influence of the pro-al-Qaeda groups in Syria against the backdrop of the recent security and political arrangements.

The flurry of messages sent by al-Zawahiri to various parties over the previous months have many implications, the most prominent of them are the following:

1- Halting its decline: These messages are an attempt by al-Zawahiri to compensate for the retreat and decline of al-Qaeda in Syria (previously al-Nusra Front) amid the marked advance of the Syrian regime forces which are gearing for military intervention in Idlib despite the understandings concluded between Russia and Turkey in coordination with Iran, the latest of which is the Sochi agreement between Moscow and Ankara in 17 September 2017. The agreement provides for establishing a 15-to-20-kilometers-deep demilitarized zone, the withdrawal of all radical groups from the area, and pulling out the tanks, rocket launchers, and mortars of the warring parties before 10 October. Terrorist and armed organizations have already begun withdrawing their weapons from that area before the deadline expires.

This prompted numerous estimates to indicate that al-Zawahiri, through these messages, has sought to urge the organization cadres and members in Syria to endure the pressure they are facing, lest some of them defect from the organization and join other terrorist and armed organizations in the region.

2- Reinforcing its role: These messages may be part of al-Zawahiri’s efforts to cement his role as the leader of the terrorist organization, which puts itself on top of the list of terrorist organizations worldwide. This is gains added importance to al-Qaeda, amid the mounting rivalry with other organizations, primarily ISIS, as evident in its criticisms of the latter and its leaders, revealing the widening ideological differences between al-Zawahiri and Abu Bakr al-Baghdadi.

Other estimates argue that bolstering the role does not stem only from the ongoing rivalry between al-Qaeda and ISIS, but also from the internal balance of power within the former, where the attempts of some sub-leaders within it to enhance their influence seem to clash with al-Zawahiri’s vision for his position in the organization.

That is why al-Zawahiri seeks to support the establishment of the pro-al-Qaeda’s Guardians of Religion Organization in Syria, following the moves by al-Nusra-Front, which changed its name to Fatah al-Sham Front and then to Hay'at Tahrir al Sham after joining the coalition of several terrorist organizations. This cannot be separated from the fears voiced by leaders in the parent organization over the prospect that Abu Mohammed al-Julani, leader of al-Nusra Front, may split from the organization and lead al-Nusra Front alone.

Notably, six groups announced their defection from al-Nusra Front, in September 6, and joined the Guardians of Religion organization, which includes cadres and members who have previously opposed the policies pursued by al-Nusra Front in dealing with the field developments in Syria.

3-  Continuing competition: Through such messages, al-Zawahiri seeks to strengthen the organization’s ability to attract the largest possible number of terrorists, amid the significant decline in ISIS’s activity and influence in the areas it controlled in the past period. That may help explain why al-Zawahiri supports other terrorist organizations, such as Harakat al-Shabaab al-Mujahideen in Somalia and Jama’at Nusrat al-Islam wal-Muslimin (JNIM) in the Sahel and the Sahara region.

4- Imbalance: The developments in the regional arena have left the leadership of the organization with limited options, leading to the decline of its influence over sub-organizations, particularly in light of the increasing influence of the sub-organization’s leaders, such as al-Julani, Abdelmalek Droukdel and Qasim al-Raymi. This variable is having a growing impact due to the influence the branches wield on the organization, which relied heavily on them during the past period.

In conclusion, the recent flurry of messages reveals the mounting pressures on the organization, and a decline in its ability to contain the ensuing repercussions, which could prompt sub-groups and leaders to split and form rival organizations or join the existing ones.