Will Khamenei Maintain his Hardline Stance Against Washington? 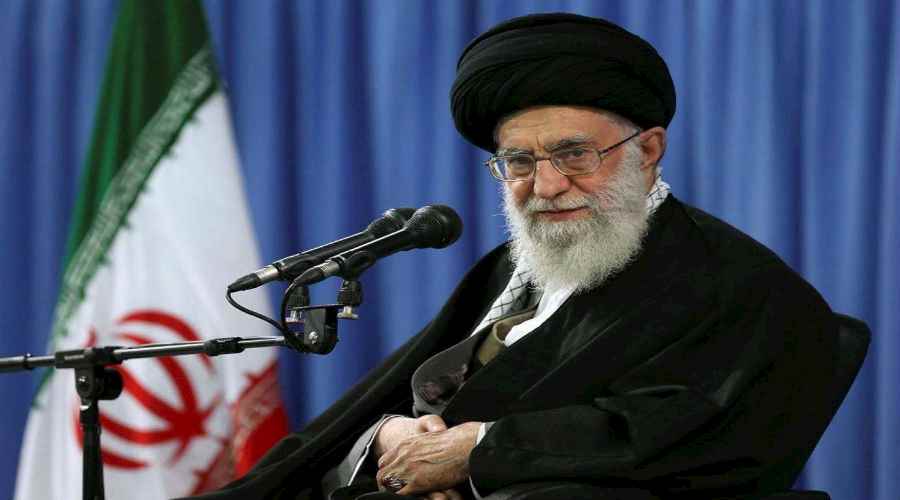 Supreme Leader Ali Khamenei has reiterated his refusal to negotiate with the US at the current stage, citing a lack of confidence in Washington’s commitment to the terms of any agreement that could be concluded through negotiations, particularly after it has withdrawn from the nuclear deal and imposed fresh sanctions on Iran.

However, this stance may not continue in the long run, especially that Khamenei has already declared his refusal to negotiate with Washington at a time when secret talks between the parties were under way, paving the way for the current nuclear deal. There are several variables that have always prompted Tehran to prefer negotiations over other options, in its interaction with the main parties concerned with and involved in the crises of the region, chiefly the US.

The fundamentalist Conservatives, along with the Revolutionary Guards, are currently mounting a fierce campaign against the political forces, which call for holding negotiations with the US, in the belief that this would be a prelude to making substantial concessions by Tehran. Media close to the fundamentalists, such as the Vatan-e Emrooz newspaper (Homeland Today), is waging a new campaign questioning not only the credibility of those calls and their consistency with Iran’s interests, but also the “patriotism” of their supporters.

Strikingly, the Iranian media is currently highlighting what it terms “historical errors” in negotiating with Washington, especially during the era of former prime minister Mohammad Mossadegh, in the early 1950s. This is viewed as one of the root causes for Mossadegh's failure due to his confidence in the outcome of negotiating with Washington and his reliance on the role that the latter could have played to help end British influence over Iranian oil.

Some estimates in Iran hint that there is a coordination between the pro-negotiation forces and external parties exerting pressure on Iran, to force the country to negotiate at the present stage.

Yet, it cannot be excluded that the campaign is the beginning of a new stage in which the regime may consider taking this option. But this possibility may take a while, as there are political forces inside Iran that count on what might be termed “intermediate variables” that might support Iran’s stance without the latter’s involvement.

The most significant of these variables, which are closely monitored by Iran, is President Donald Trump’s current preoccupation with issues related to the Russian intervention in the recent presidential elections, among other problems, which prompted the president on August 24 to warn against the possible consequences for his impeachment, which could lead to the collapse of the economy according to him. Another variable is the upcoming mid-term US congressional elections in November.

Perhaps, Tehran hopes that the upcoming US presidential election in 2020 will bring a new president in the White House, which, could lead, in its view, to a change in US policy towards it. Accordingly, one estimate in Iran was calling on the US and European countries to take steps to keep the the nuclear agreement alive until they know whom the next US president will be, who may not necessarily be the current president.

Remarkably, the positions espoused by the Supreme Leader Ali Khamenei on internal and external issues always suggest that he is keen to modify them in accordance with the developments in those issues, so much that may sometimes produce clear contradiction, which might be deliberate on his part to broaden the range of responses available to deal with those developments.

Negotiating with Washington is a case in point. Khamenei has always been keen to promote that negotiation, in some circumstances, constitutes an “inevitable step” dictated by Iranian interests. This was evident in his remarks on 9 January 2014, in parallel with Iran’s negotiations with the P5+1 group of world powers to reach the current nuclear agreement, where he said: “We have previously declared that if we see an interest in certain issues, we negotiate with the Satan (the US) to ward off its evil and solve the problem”.

Moreover, Khamenei did not translate his repeated threats into reality, namely to suspend the nuclear agreement if steps were taken that would affect the economic returns that Iran was seeking to obtain through the deal. In the midst of the election race for the US presidential election, On June 15, 2016, Khamenei said “Iran will burn the nuclear deal the Americans do not abide by it”. In response to the US president Donald Trump’s threats to “rip up the agreement”, Khamenei said on October 19, 2017 that “If the US tears up the deal, we will shred it”.

However, these threats have not materialized despite actions taken by Washington, at the forefront of them the withdrawal from the agreement on May 8, 2018, and the re-imposition of fresh sanctions on Iran. The first batch of sanctions took effect on August 7, and will reach its peak on November 4, when it includes oil exports, which Washington aims to cut to zero.

More importantly, Khamenei instructed his officials to negotiate with European countries possible mechanisms to enhance the chances of keeping the nuclear deal alive after the vacuum produced by the US pullout and ways to deal with the renewed sanctions imposed by Washington. Although he set numerous conditions for the continuation of those negotiations, his approval per se is indicative of his desire to avert the more difficult scenario of withdrawing from the agreement and resuming the nuclear program.

Thus, it can be argued that Khamenei’s hardline policy towards the US is mainly meant to address the Iranians. In other words, over the past four decades, the Iranian regime has always been trying to promote the hostility that Washington harbours towards it, with the aim of strengthening his rule at home, weakening the pro-negotiation forces or opening up channels of communication through which understandings can be reached on many Issues of common concern, similar to what happened during the US-led war on terror, which ended with ousting Iran’s two largest regional foes, the Taliban regime in Afghanistan and Saddam Hussein’s regime in Iraq in 2001 and 2003.

Accordingly, one cannot rule out that the Supreme Leader would change his current approach towards Washington if he deems it necessary to engage in new negotiations. Although he said that Iran would not negotiate with the current administration, noting that the negotiation per se might be possible with any other administration, which means that the problem for Iran lies not in the negotiation itself but in the identity and tendencies of the current US negotiator, this red line set by the Supreme Leader has been crossed by President Hassan Rouhani. The latter revealed, on 6 August 2018, direct negotiations between Foreign Minister Mohammad Javad Zarif and his former US counterpart Rex Tillerson on the sidelines of the UN General Assembly in September 2017, which ultimately means that Khamenei’s threats do not necessarily translate into actual moves on the ground.