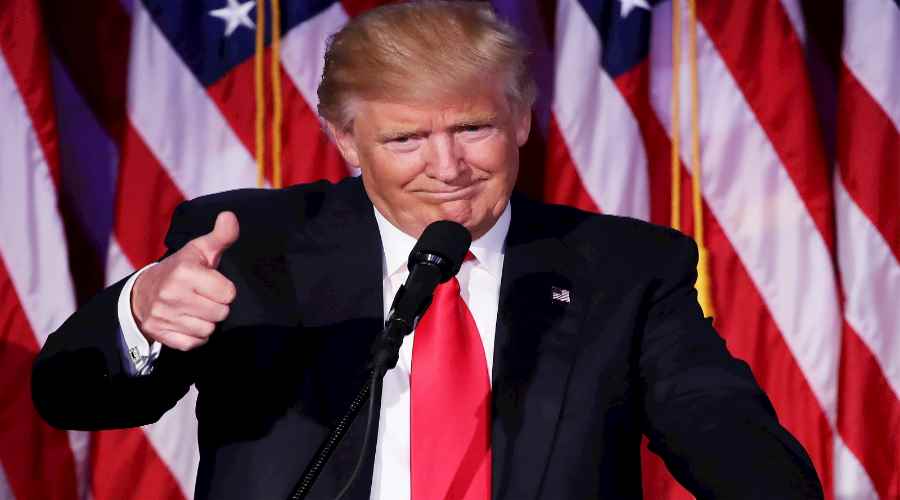 Iran threatened to walk out of the nuclear deal if the US Administration of President Donald Trump decides to do so.  This mostly indicates that it already determined its options for dealing with the stage that would follow the potential scrapping of the deal, after May 12, 2018. In particular, it previously hinted that the deal will be kept in place even if Washington walks out of it according to a new international framework called the “group of 7-1” which includes Iran and the involved five world powers except the United States. But, at the same time, does not negate the fact that measures taken by the US Administration confused Tehran’s calculations and promoted Iranian officials to deliver conflicting statements recently.

The widening disagreement within the political elite and decision-making circles, about the proper mechanisms to deal with changes in the U.S. policy toward Iran, has further exacerbated this confusion thus revealing that pressures put by the U.S. Administration have started to produce direct impact on internal political interactions in Iran, which appear to be heading to a new stage of tension and acrimony.

Iran started to send out signs that the previous initiatives it introduced to deal with any potential U.S. withdrawal from the nuclear deal, such as the formation of a new international group involved with keeping the deal in place i.e. the “group of 7-1”, are no longer competent for dealing with new realities imposed by the recent changes in U.S. policy.

Within this context, Abbas Araghchi, Iranian Deputy Foreign Minister for Political Affairs, and a former top member of Iran's nuclear negotiating team, said, on March 17, 2017, that Iran’s position is that it would not be possible to stay in the nuclear deal after U.S. walks away and breaks its commitments. He added “we reached the conclusion that if America exits the deal and unilateral sanctions return, we will definitely not continue the deal because it will not serve our interests.”

The reason behind this appears to be a main view inside Iran believes that the appointment of John Bolton as National Security Advisor and Mike Pompeo as Secretary of State serves as significant indications that Washington is heading to a new escalation towards the possibility of military confrontation. This is especially so because the former has not only issued incessant criticism of Iran over its nuclear program and the accord it reached with the international powers in July 2015, but is also promoting that the essential solution to prevent any potential risks that may be imposed by this program is to launch a military strike against it. This became evident in an article he authored in the New York Time under the title “To Stop Iran’s Bomb, Bomb Iran.”

Despite this, there is another view that reflects a keen interest in asserting that changes in the U.S. Administration are only an attempt by Washington to launch a psychological warfare against Iran to put pressure on, and push it  to respond to international demands for amendments to the nuclear deal as a response to reservations made by the U.S. Administration.

According to this view, the possibility of the United States launching a war on Iran faces no easy obstacles, especially because what is seen as conflicting positions taken by U.S. officials on various regional issues. Hossein Shariatmadari, the editor of the Kayhan daily, expressed this view, saying on April 5, 2018, that Bolton can be considered as more of a “scarecrow” used to put pressure on Iran to force it to accept the amendment of the agreement, than a warmongering hawk. He even described him as a cat imitating a leopard.

Interestingly, the escalating controversy between the political elite and the decision-making circles inside Iran, about the implications of changes in the U.S. policy for trajectories of the deal and the confrontation with Iran, has spilled over to how to deal with developments in relations between the United States and North Korea. This came after it was announced that a summit meeting would be held between U.S. President Donald Trump and North Korean leader Kim Jong Un in May. In the same month, the U.S. Administration will clarify its position on whether to waive or re-impose sanctions on Iran.

Although various political currents in Iran agree that the outcome of this meeting will impose direct implications for the potential showdown between the United States and Iran, they  disagree about determining the various mechanisms that Iran would count on to interact with measures to be taken by Washington in the coming stage.

Those in favor of the nuclear deal believe that agreement between the two parties to hold a face-to-face meeting adds special importance to the mechanism of dialogue and negotiations for reaching a peaceful solution to pending issues between them, as an alternative to threatening various escalatory options.

Perhaps, any potential breakthrough in relations between Washington and Pyongyang would contribute towards strengthening the position of this current which in the past called for not giving an opportunity to the U.S. elite in favor of escalation with Iran by refraining from taking escalatory measures, such as more missile tests.

But there is another current that sees Washington’s approval of holding such meeting indicates that North Korea’s hard-line policy has eventually achieved its goals. Pyongyang’s insistence on continuous escalation to counter threats by the U.S. is what pushed the U.S. Administration to accept this option.

Hence, this not separate from attempts by some proponents of this current to indicate that North Korea’s possession of a nuclear bomb has put an end to the recent escalation between the two parties, as well as to the options to which Washington can resort to in the coming period. That is, possessing a nuclear bomb, in their view, gains special momentum because it supports Iran’s position and weaken the possibility of coming under a military strike or getting involved in a direct confrontation with the U.S.

What stands out in this context is that this current will not only seek to benefit from the meeting, but also from not holding this meeting, in light of doubts shown by several views about the possibility of Washington and Pyongyang reaching an agreement on several critical issues.

In other words, failure to reach this agreement will support the views of this current which claims that it is not possible to count on the possibility of reaching deals or understandings with Washington even if it expressed its approval. It continues to insist that it is not possible to trust any American approach to adopt the diplomatic option to settle disagreement between the two parties.

In conclusion, it can be argued that debate will continue in the coming period. This is especially so because of a widening disagreement and even conflict among Iranian political forces over mechanisms used to deal with foreign pressures put on Iran in the past period, over its interference in the internal affairs of other states in the region, its support to terrorist organizations as well as its insistence to maintain its position on the nuclear deal and the missile program.