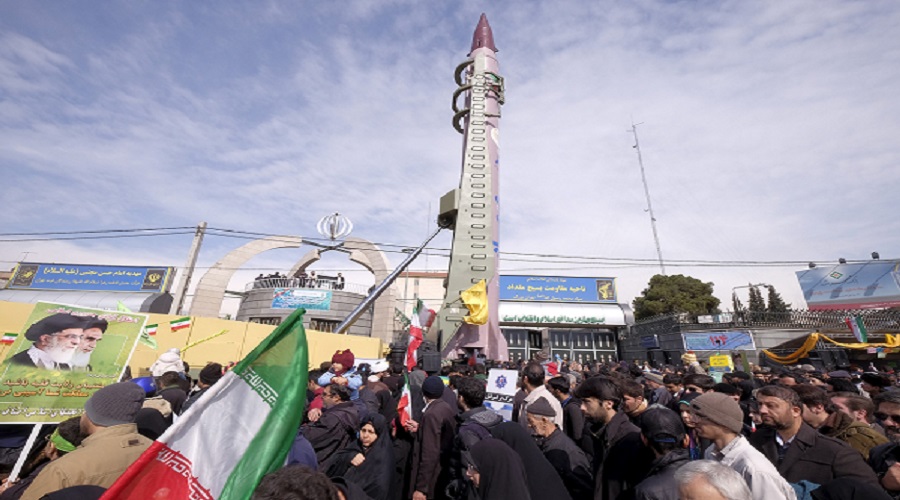 Tehran was quick to respond to Russian backing by sealing economic deals with Moscow while also continuing its psychological warfare with Israel, especially after U.S. Vice President Mike Pence and Israeli Prime Minister Benjamin Netanyahu vowed to prevent Iran from acquiring a nuclear weapon. Moreover, most recently, the government of President Hassan Rouhani was sidelined when the Iranian regime insisted that Iran’s missile program is not within its powers.

Overall, it is possibly safe to say that tensions will continue to be a major attribute in interactions between Iran and Western powers, especially after Russia’s use of the veto power.

Iran continues to be keen to assert that it will not back down from its current policy, and the ballistic missile development program in particular, despite continued international pressure. The international community is increasingly concerned over nuclear and regional threats posed by the controversial program. This cannot be separated from recent regional and international developments that caught Tehran’s special attention, regarding both escalated tensions over the nuclear deal, regional and international criticism of Iran’s intervention in the region as well as its efforts to consolidate its military presence inside Syria in the coming period.

Brigadier General Hajizadeh claimed that Iran is “among the top five countries in the fields of air defense, radar, smart bombs and drones.” The statement bears several indications of which the following stand out:

1- Rejection of French Efforts. Perhaps the statement represent the most recent step taken by Tehran to assert its rejection of recent efforts exerted by France to reduce disagreement about the ballistic missile program thus improving chances of keeping the nuclear deal in place in the coming years.

What should be noted here is that Tehran deliberately sent messages to Paris before and after Jean-Yves Le Drian’s March 5 visit to Iran that it insists on keeping its position on this particular issue unchanged.

Media outlets affiliated with the regime issued strong criticism to France and its foreign minister, deliberately noting once again that Paris backs the Mojahedin-e Khalq. In recent years, the organization held a number of conferences bringing together international figures to condemn the Iranian regime’s practices, especially after the nuclear deal was signed with the 5+1 group in mid-July 2015.

Additionally, university students, perhaps green-lighted by the Iranian authorities, staged demonstrations at the foreign ministry and Mehrabad International Airport in protest Le Drian’s visit. Interestingly, the protests followed a statement issued by the French foreign ministry in which it said that “the Iranian ballistic program is of great concern to France” and that France wants “Iran to make a positive contribution to crisis resolution in the Middle East.” The French statement sent the indirect message that Iran’s meddling in regional crises was among the main reasons why they were exacerbated and why efforts made to settle them were blocked.

Hence, Iran did not only reject any discussion of the missile program during Le Drian’s but also blocked any French attempts to persuade it to change its position on various regional crises, including in Syria and Yemen.

2- Investing Russian Support. This was evident in Moscow’s use of the veto on February 26 to block a UNSC resolution that, if passed, would have condemned Iran for violating sanctions banning exports of arms to the Yemen’s Ansar Allah group (the Houthis).

Evidently, Iran’s view of Russia’s position is that it represents “a letter of support” for its role in the region. The Russian veto blocked states which drafted and backed the resolution, namely the United States, Britain, France and Germany, from taking measures against Iran.

In other words, it can be argued that Moscow’s use of the veto will encourage Tehran to further continue to meddle in the region, threaten the security and interests of regional states and provide military support to terrorist and armed militias operating in the region, all while counting on a supportive international power at the Security Council.

Iran appears to be attempting to respond to the Russian veto by taking new measures to enhance economic relations with Moscow. On March 7, Iranian media revealed that Tehran signed an agreement with Moscow for the purchase of Sukhoi Superjet 100. The agreement could be an indication that deals signed between Iran and Western plane-makers have failed due to concerns over the possibility that the nuclear deal could be annulled in the next stage.

Reports revealed that Iran and Russia are preparing the legal framework for a project to provide India with Russian natural gas. Operational steps will be taken this year.

3- Continuing the Psychological Warfare with Israel. This war intensified due to the most recent confrontation in Syria, i.e. before and after an Israeli F-16 was downed on February 10. Interestingly enough, Iran’s vow to continue its ballistic missile program coincided with Israeli Prime Minister Benjamin Netanyahu’s visit to the United States where he participated in the 2018 AIPAC Policy Conference held between March 4-6. Iran’s nuclear and regional threats were the main topic of the conference where both Netanyahu and U.S. Vice-President Mike Pence vowed to prevent Iran from acquiring nuclear weapons.

4- Sidelining Rouhani's Government Role. Brigadier General Hajizadeh’s recent statements coincided with reports in Iran indicating that the ballistic missile program, among other issues, is not within the competence of the government of President Hassan Rouhani. The reports build on a continuous controversy inside Iran about the government’s ability to expand its influence inside the decision-making institutions responsible for such issues. This is especially so because these issues play important roles through which they will contribute towards determining the potential trajectories of the nuclear deal in the coming period.

This appears to have been an attempt by influential institutions of the regime to respond to reports indicating that the government may engage in a dialogue with international powers involved in regional crises to discuss its main issues. This is envisaged as a bid to improve chances for maintaining the nuclear deal and de-escalating tensions with these powers after Iran insisted on continuing its missile program and rejecting new talks on the deal.

Hence, it is possibly safe to say that tensions will continue to dominate interactions between Iran and Western powers, especially after they threatened to take procedural measures to counter Iran’s activities, including its missile and nuclear programs and regional meddling, outside the Security Council. The threats indicate that a Russian veto would not prevent Western powers from adopting new punishments to deal with threats posed by such Iranian activities.