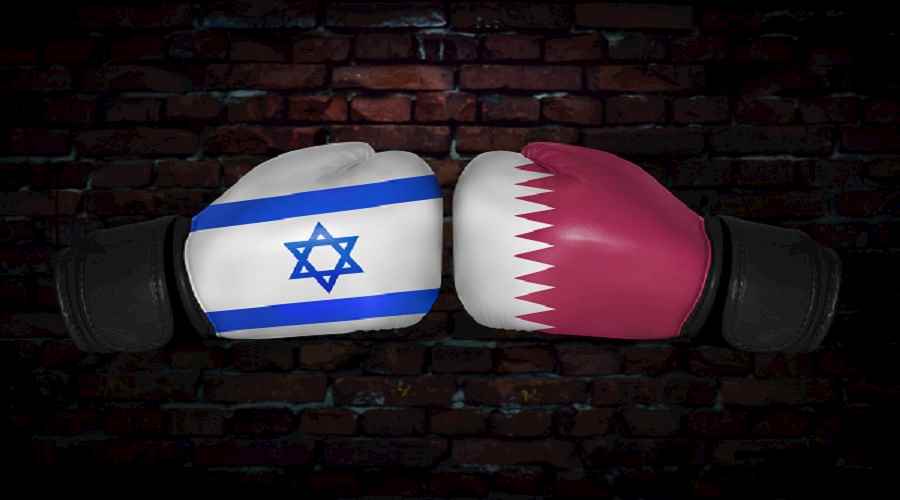 Sports are being used by governments in the Middle East to serve political purposes and impact public opinion. The trend emerged clearly in the past months. Sports reflected strained relations between states and were used to either highlight political convergence between friendly states, reiterate the role of mediating states as hosts for matches between disputing states, deny political legitimacy of adversaries, reaffirm the legitimacy of authoritarian political systems, bolster the role of certain social groups or gain a symbolic international stature.

The influence of sports on interactions in the Middle East has expanded in varying degrees. The reason is that sports, as a social phenomenon, has a wide cross-border fan base and is focused on satisfying the audiences' inclination to indulge in competition and victory, so much so that the twentieth century has become to be known as the century of sports.

This situation is not specific to the Middle East. Rather, sports, which morphed into an influential phenomenon impacting the entire international political system, and became a tool used by states to implement their foreign policy objectives and promote political visions and strategies. Lord Killanin, who once headed the International Olympic Committee admitted that “sport is intertwined with politics.”

States use sports to achieve their goals of convergence or divergence with other states, which reflect on their relations. Athletes participate in games as representatives of their home countries and not as individuals, because competition with teams from other countries is deeply seated in a sense of  national pride. That is, a victory achieved by a certain team is regarded as a victory achieved by the whole nation. Although with the passage of time, sports morphed into business investment enterprises, they are still, to date, one sphere for expressing national pride.

Two main trending views feature in available literature on the relationship between sports and political interplays. According to the first view, the goal of sports and largely "the Olympic Movement is to contribute to building a peaceful and better world", because they go beyond borders and social classes, and can even overcome a crisis between two states because they can bring peoples together.

The second view is that sports, due to intrinsic competitiveness, can cause division rather than convergence. Football, for instance, is regarded as a peaceful way for states to continue their battles. In the words of English novelist and critic George Orwell, “Football, it seemed to me, is not really played for the pleasure of kicking a ball about, but is a species of fighting.”

That is why some political leaders believe that winning sports competitions is a form of beating adversaries. For some political systems, a football game can become a “state affair”, especially when a small state beats a bigger state or major power.

Over the past months, sports, football, handball and tennis in particular, whether they are official or friendly matches, or held in the region or beyond, reflected political and regional interactions in the Middle East. The following points provide further explanation of this role.

1- Normalization of Tense Political Relations. A football match can provide an opportunity for a certain state to send out messages and express good will to another state. Perhaps, the football match on Iraq’s Basra Sports City Stadium with Saudi Arabia, which marked the first time in four decades that Iraq has played a home match against the neighboring Arab country, is proof that bilateral relations are burgeoning after their standoff following Iraq's invasion of Kuwait. Iraqi fans held up placards saying “Greens, you’re at home” and “Saudi delivers on its words.”

The friendly match, which was the first between Saudi and Iraq in 39 years, was an initiative of the Saudi General Sport Authority aimed at supporting bilateral relations and help Iraq overturn a ban imposed by FIFA on hosting international competitive games. Member of the foreign relations committee at the Iraqi parliament, Zafer al-Ani, on March 1, said that match indicates very important matters in bilateral relations at government, popular and even social levels.

The Saudi call followed Gulf-wide openness to Iraq, including by Kuwait, which was invaded by Iraq. Kuwait hosted the International Conference for the Reconstruction of Iraq, held from 12 to 14 February. Earlier in October 2017, Saudi Arabia participated in Baghdad International Fair. Most recently, chief of the Asian Football Confederation head Sheikh Salman bin Ibrahim Al Khalifa, urged FIFA to end the three-decade ban and allow Iraq to host competitive matches. In December last year, FIFA relaxed the ban, allowing international friendlies in Basra, Karbala and Erbil.

The warm welcome given to the Saudi football team by Emiratis demonstrated cohesion between the peoples of the two countries, with placards held up during the match stressing that they are “one people and one fate.”

Additionally, during the the latest edition of the Arabian Gulf Cup in Kuwait, Emirati and Saudi fans showed how strong their bonds are. The organizing committee gave aisle seats in the same front stand of the stadium or fans of the two teams with no security checkpoints installed. The arrangement reflected political consensus between the UAE and Saudi Arabia.

3- Mediating States’ other Role as Hosts of Matches between Disputing States. A good instance is Oman which maintains well-balanced relations with other Gulf Cooperation Council members and Iran. In statements delivered in Tehran following a meeting with Iranian sport minister Masoud Soltanifar, FIFA president Gianni Infantino stressed that politics should stay out of football and football should stay out of politics.  All issues, including issues between Iran and Saudi Arabia over hosting games, that led to serious deterioration of their bilateral relations, can be solved, according to Infantino.

It should be noted that the Asian Football Confederation had to choose neutral Oman to host fixtures with Iranian clubs as part of the AFC Champions League. Oman’s football federation president Khaled bin Hamad al-Busaidi welcomed the move in statements delivered on March 31, 2016.

Saudi cut its ties with Iran after angry protesters attacked its embassy and consulate in Iran in January 2016. To play against Iranian clubs on neutral soil, in the same tournament, Saudi Al-Hilal FC chose Kuwait while Al-Ahli Saudi FC chose the UAE.

4- Denying Political Legitimacy of Adversaries. Qatari students called for normalization with Israel to be stopped and denying access to Israeli athletes. They took this stance after two Israeli teams took part in a handball tournament held in Qatar on February 22, 2018. Israel sent a boys' team and a girls' team to the Handball World School Championship, a biannual international tournament for students aged 15 to 18, played since the early 1970s.

According to Israeli media, Qatar and Israel are the only non-European states to host the championship. On social media, and Twitter in particular, users claiming to be behind the “Students of Qatar against normalization” online campaign. The newly-emerged online public opinion has the view that “sports normalization” is not less bad than political normalization as both recognize the occupation and give legitimacy to the illegitimate reality of  Israeli crimes against Palestinian athletes in the occupied territories. That is, Israel bombarded stadiums in Gaza Strip and banned Palestinian players from travel abroad to participate in sports events. The Qatari movement against normalization was especially prompted after an Israeli tennis player took part in the Qatar Open tennis competition.

5- Renewing the Legitimacy of Crumbling Political Systems through changing public opinion. A dominant view in relevant literature is that sports, and football in particular, in isolated societies, can play a pivotal role in bringing together pro-regime social forces, from all ages and segments, to collectively voice support for this regime where support is not available outside the sphere of sports. The relevant context includes societies suffering from internal division and conflicts, as was the case in Syria after the 2011 uprising. During qualifiers for the 2018 World Cup in Russia, the Syrian squad lost the playoff to Australia. The loss, however, helped bring together a large number of Syrians around one goal: qualifying to the World Cup, according to several views. But it should be noted that the Syrian opposition calls the team the "Assad Team" or the "Barrel Bomb" team, a reference to Bashar al-Assad regime’s brutal barrel bombing of civilians in the ongoing conflict.

The Assad regime used the achievements of the football team for political purposes and promoted the role of his armed forces in what he claims to be a war on terrorism. Through the presidency account on Facebook, Assad claimed that the athletes’ ability to make accomplishments at international events, where the Syrian flag was held up high, despite the years-long war, was in itself one way of defending Syria.

6- Backing Women’s Role. As part of burgeoning social openness in Saudi, and in line with the country’s Vision 2030, royal decrees were issued to back and advance women’s rights, and allowing women to attend sports events in stadiums to take part in National Day celebrations.

7- Gaining Symbolic International Status. For instance, Doha is keen to host the 2022 FIFA World Cup after it hosted Asian, pan-Arab and other international events in a bid to enhance Qatar’s global image, as part of Qatar’s soft power. Doha is increasingly concerned about the possibility of being stripped of the 2022 World Cup over supporting terrorism and migrant labor rights violations.

If politics can repair damage caused by wars, then sports can repair damage caused by politics, sometimes. However, sports can also reflect tensions surfacing from time to time, as was the case with the UAFA Club Championship hosted by Egypt in August 2017. Moreover, sports are employed by every state in the region to serve its own goals. Goals backing, or attempting to restore the lost legitimacy of regimes that are falling apart such the Assad regime, fending off accusations of supporting terrorism, as is the case with the Qatari regime seeking to host the 2022 World Cup, or enhancing and promoting the image of sports stars as national symbols, as is the case with Egyptian footballer Mohammad Salah. Additionally, some countries rely on its prominent athletes as 'ambassadors' or 'diplomats'.