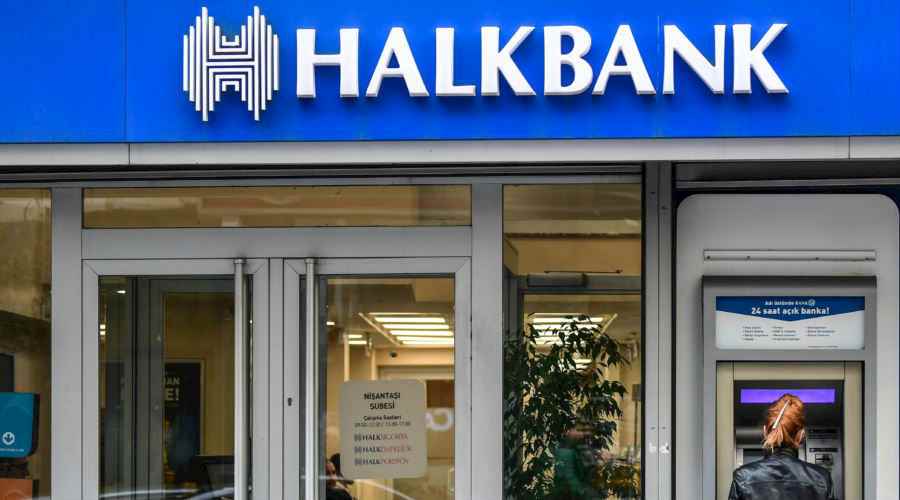 The recent move by U.S. authorities to prosecute several Turkish individuals and entities, notably Halkbank, on charges of violating U.S. sanctions on Iran from 2011 to 2015, reveal the mounting tension between the U.S. and Turkey for more than two years. These developments occur amid Trump administration's efforts to urge its allies to implement the U.S. sanctions recently imposed on companies affiliated with the Islamic Revolutionary Guard Corps (IRGC), impeding projects between several Western companies and Iran over the last two years.

Imposing sanctions on Halkbank may spell considerable financial troubles for the bank, as some assessments suggest that the expected fines could be billions of dollars, as well as undermining the bank’s reputation and that of the Turkish banking system internationally. Moreover, the possible fine may spark fears among foreign investors of pumping capital in the Turkish market and may adversely affect the value of the country’s currency and economy in the coming period.

The nuclear pact between Iran and the “5 + 1” group did not stop U.S. authorities from prosecuting Turkish entities and individuals who violated the U.S. economic sanctions on Iran from 2011 to 2015. Currently, the U.S. judiciary is considering charges against Mehmet Hakan Atilla, an executive in Halkbank, with the help of Reza Zarrab, an Iranian-Turkish businessman, for money laundering schemes to help Iran get foreign currency and support its economy during the U.S. sanctions. The U.S. judiciary is expected to issue a final verdict against him in April.

As a matter of fact, the U.S. indictments affect a large number of people, including Former economy minister Zafer Caglayan and Suleyman Aslan, a former general manager at Halkbank, in addition to Reza Zarrab, for their involvement in money-laundering schemes on behalf of Iran.

Reza Zarrab played an instrumental role in helping Iran to circumvent economic sanctions by building a network to provide it with gold in return for oil and natural gas shipments. This prompted the U.S. authorities to detain him in March 2016 as one of the key defendants in violating U.S. sanctions before he turns later to be a witness, which complicated the criminal responsibility of the Turkish defendants.

In addition to the previous accusations, the U.S.-Turkey relations have become severely strained in the past two years for various reasons, chiefly Washington’s refusal to hand over Fethullah Gulen, who was implicated, according to Turkish authorities, in the foiled military coup attempt in July 2016, leading Turkish officials to dismiss these accusations as unfair, adding that they constitute an interference by the U.S. courts in Turkey’s internal affairs.

Meanwhile, under the continued U.S. pressure on Turkey in this case, the latter signaled that it will abide by any sanctions against Halkbank, as evident in the remarks of Turkey's Deputy Prime Minister Mehmet Simsek, on January 14, that the bank will pay any fine imposed by Washington.

Apparently, Turkey wants to avert another scenario, that is, to refer the case to the Treasury’s Office of Foreign Assets Control (OFAC), which shows greater tendency in imposing fines on any institutions that run contrary to the U.S. Sanctions Laws without resorting to criminal courts. An example of this was the sanctions on France’s BNP Paribas Bank in 2014.

The accusation of Turkish individuals and entities of violations to US sanctions comes amid rising tensions between the two countries that has flared over the past two years. The souring relations do not stem only from the U.S. refusal to hand over Fethullah Gulen, but also from the continued U.S. support for the People’s Protection Units (YPG), Kurdish militia in Syria, which Turkey views as an ally of the Kurdistan Workers’ Party (PKK).

The relations between Turkey and the U.S. took a new negative turn in October 2017, after the U.S. freeze of visa services in its missions in Turkey in the wake of Turkey’s arrest of a local staff member at the U.S. consulate in Istanbul, prompting Turkey to respond in kind. This development occurred while several U.S. citizens were detained for allegedly supporting Hizmet (Service) movement led by Gulen.

In doing so, Turkey was seemingly seeking to swap the U.S. detainees with Turkish citizens who have been convicted of violating the U.S. sanctions. In another negative development, Turkish Foreign Ministry warned its citizens, in January 2018, against traveling to the U.S., citing the growing risk of terrorist attacks.

Obviously, the U.S. authorities’ move to place sanctions on Halkbank would further escalate tensions between Ankara and Washington, particularly if the U.S. uses it as an instrument to exert pressure on Turkey in the Syrian conflict.

In this vein, it can be argued that the U.S. measures will hinder several projects and deals which have been concluded between Iran and Western and regional companies since 2016, as evident in the recent announcement by the French company Airbus that delivery of its air crafts to Iran may take longer time, apparently for reasons related to the high risk of carrying out this deal, as the U.S. tightens sanctions on Iran.

Undoubtedly, the U.S. judiciary’s conviction of Halkbank will have numerous negative repercussions on the latter, the most significant of which is that the bank will incur fines of up to $10 billion, according to some estimates. The bank’s $74 billion capital base may not be able to sustain such financial burdens, thus transferring most of them to Turkey’s public budget, or resort to borrowing.

Moreover, sanctions on Halkbank will ruin its reputation at the international level, as international banks may become more cautious, at least in the short term, to conduct new international financial transactions or loans with the bank.

From a broader economic perspective, sanctions on the Turkish bank is expected to have negative ramifications on Turkey’s economic performance, which would increase the severity of the geopolitical risks in the country, devaluating Turkey’s currency or foreign capital flight as happened last year, at the start of the trial of Reza Zarrab in last November, pushing the lira to hit an all-time low at 2.9 against the U.S. dollar.

Despite these negative repercussions, the impact of sanctions on the Turkish bank may not take long, as was the case when some entities came under U.S. sanctions and fines for violating the sanctions against Iran and were able to overcome them in the medium term.

Seemingly, this would hinge on Ankara’s success to improve its frayed political relations not only with Washington, but also with EU countries, as enduring disagreements may cause greater damage to trade and investment, since both are key partners of Turkey.

In conclusion, it can be argued that the potential sanctions or fines on Halkbank may spell financial and economic troubles for Turkey, which may be expanded over the coming period, particularly if tensions between Turkey and U.S. escalate.