How did Iran Respond to the Recent U.S. Sanctions? 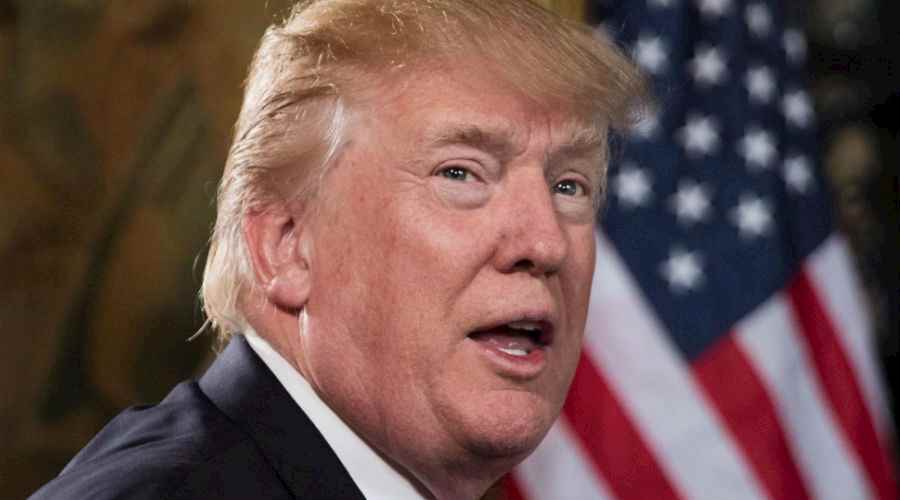 Tehran responded quickly to U.S. President Donald Trump’s announcement, on January 12, that U.S. sanctions against Iran in the field of energy would be extended for 120 days, in tandem with imposing new sanctions on 14 individuals and entities involved in human rights violations, suppressing demonstrators and creating chaos in the Middle East. Tehran reiterated its rejection of any amendments to the nuclear agreement, as the international sanctions against it entered its second year, on 16 January.

Iran also condemned placing Sadeq Larijani, the head of Iran’s judiciary on the sanctions list saying that move “has gone way beyond all red lines”. Over the next period, Iran may make new moves to address the threats of the U.S. administration to pull out from the agreement if the former does not yield to its demands within the new period of extension. It may resort to other powers involved in the nuclear agreement, chiefly European countries, along with Russia and China.

The Iranian stance on the U.S. sanctions, which have been recently imposed, has many significances, the most notable of which are:

1- Immunity of the nuclear deal: Many institutions within the Iranian regime still hold a negative view of the nuclear deal. These institutions claim that it does not give Iran considerable economic, technological and strategic benefits in return for the 'significant' Iranian concessions, however, this does not negate the fact that most -if not all pillars of the regime - consider the nuclear deal still immune to successive U.S. measures which, according to that view, are aimed at undermining its continued operation or pushing Iran to withdraw from it.

Consequently, President Trump has not succeeded, a year after assuming office, in delivering on his promises to withdraw from the agreement, merely imposing new sanctions that did not amount to the level of those sanctions which were lifted under the agreement on 16 January 2016.

Therefore, the government of President Rouhani has been keen to quickly assert the strength of Iran's position in the face of the U.S. sanctions, in an indirect attempt to give impetus to its role in reaching an agreement that provides numerous gains, contrary to the reservations made by many institutions within the regime. This vision was evident in Rouhani's speech aired on Iranian state TV, saying that “the United States has failed to undermine the deal”, and hailed the deal as a “long-lasting victory for Iran”.

2- Dire consequences of withdrawal: Iran has shown little flexibility in addressing President Trump’s threats after signing the decision to continue to suspend sanctions, especially as he hinted that the extension may be for the last time, referring to Washington’s possible withdrawal from the deal after its current mandate, which expires next May. Many assessments in Tehran suggest that the U.S. administration may be serious about its threats, but the dire consequences that could ensue from withdrawal may eventually lead to the continuation of the agreement, as potential alternatives may run contrary to American interests.

Hence, Iran has sought to reiterate its opposition to any amendments to the deal, considering that this would weaken its immunity and may eventually lead to its collapse if the concerned parties agree to such amendments. Moreover, it sees that bowing to these threats will send wrong messages to the international powers, especially the U.S., that its threats produce the desired effect in exerting pressure on Iran to succumb. This could encourage the U.S. to apply the same mechanism in other contentious issues, at the forefront of which the ballistic missile program and ongoing Iranian support to terrorist and armed militias in the Middle East.

Thus, the Iranian regime endorsed the government’s opposition to make amendments to the deal. In this context, Speaker of Iranian Shura Council Ali Larijani, said on January 14, that the “Shura Council rejects any modification of the structure of the nuclear agreement”, adding that “US President Donald Trump’s remarks about changes in Iran nuclear deal is tantamount to destruction of the agreement totally”.

3- Struggle over Europe: Iran believes that the party which is directly concerned with the new U.S. threats is European countries, especially those that have rapprochement with Iran, such as France, Britain and Germany. Through such threats, the U.S. administration aims at exerting pressure on European countries to engage in new political and security understandings with Tehran to push the latter to meet U.S. demands, exploiting European investments in Iran as an instrument for pressure.

Therefore, Iran tried to downplay the impact of European investments on its stance on the nuclear deal or even on its relations with European countries.

In this context, Iran’s deputy foreign minister for legal and international affairs Abbas Araghchi, who is in charge of communicating with European Union officials and rallying support for the Iranian policy in the face of Washington’s pressure, said that it is wrong to conceive that the EU’s defence of the agreement is driven by economic interests, noting that the volume of European trade with Iran, which rose after concluding the nuclear deal, amounts to $20 billion, while the total European trade with the U.S. is $600 billion.

These remarks demonstrate that Iran still considers the continuation of the nuclear deal as a priority for the European countries, which seem to be concerned- according to the Iranian point of view- more than the U.S., since they are closest to the Middle East and will be the first parties to face repercussions if the agreement collapses and goes back to square one of the nuclear crisis, i.e. to the pre- agreement phase and lifting the international sanctions on Iran.

4- Unprecedented escalation: Though Iran still believes that the U.S. sanctions have not reached a level that could have negative impact, Washington’s insistence this time, to include influential key figures in the sanctions list, as the head of the judiciary, has been met with harsh reactions from Tehran.

The recent move means that Washington may take a step further at a later stage, adding other prominent leaders of the Iranian regime to the sanctions list. Additionally, this move has shed more light on human rights violations, an issue Iran deals with great caution in the current period, for fear it becomes a starting point for mobilizing the international community. The violations include those related to the repressive policy of the authorities in dealing with the protests that began on 28 December 2017, and the continuing Iranian support for terrorist and radical organizations in crisis-ridden states, which could hamper Iran’s efforts to improve its relations with the international powers, in the post-nuclear deal era.

In conclusion, it can be argued that Iran will move toward launching a new phase of diplomatic efforts, with the aim of rallying international powers to resist U.S. threats and consolidate Iran’s stance in confronting them. Iran still counts on the nuclear deal, considering its continuation at the present stage takes on special importance and momentum amidst the strong pressures on the regime due to the internal protests over the last three weeks.