Are there Prospects for Breakthrough in the Qatar Crisis? 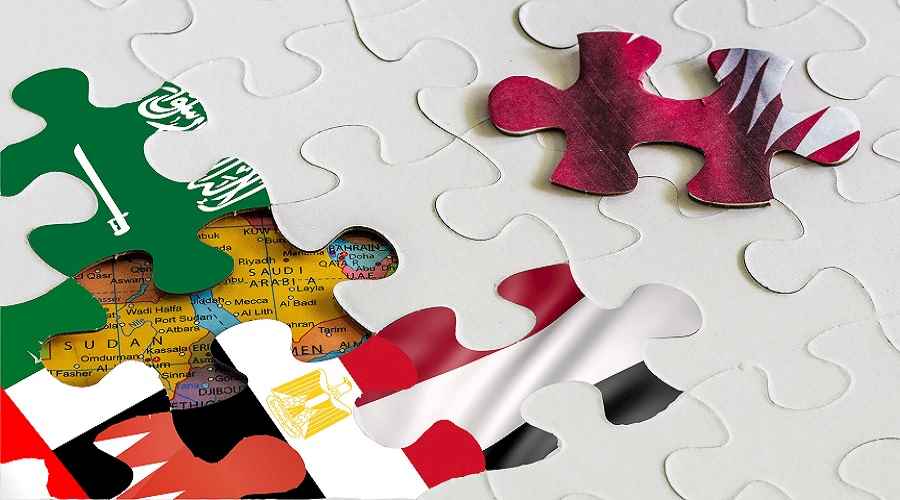 The 38th GCC Summit will be held on December 5 and 6 in Kuwait. This Annual summit of Gulf Arab heads of state is of paramount importance as it is the first of its kind since the eruption of the Qatar Crisis, on June 5, 2017. It comes amid critical circumstances and timing, especially after the failure of the previous regional and international mediation attempts, the mounting Iranian threats across the region and the recent assassination of Yemen’s former president Ali Abdullah Saleh by the Houthis on December 4.

The article will focus on whether there are prospects of utilizing the upcoming summit meeting to discuss the Qatari crisis, by addressing the factors that may facilitate resolving the crisis, as well as the challenges, and implications on the future of the GCC.

The Kuwaiti mediation efforts have been the most prominent initiative throughout the crisis. The Emir, Sheikh Sabah Al-Ahmad Al-Jaber Al-Sabah, has made persistent efforts to ease off the tensions, despite the setbacks and challenges he previously faced. In this summit, it is expected that Sheikh Al-Sabah would continue his efforts to, at least, set the roadmap for resolving crisis.

Several indicators reflect that there might be intentions to attempt to solve the crisis, which are as follows:

1. Attendance: According to Reuters, the Qatari Emir, Sheikh Tamim bin Hamad al-Thani is expected to attend the summit as confirmed by the Qatari foreign minister.[1] Furthermore, an unnamed source told CIPHER that the summit was likely pushed ahead after the approval of King Salman bin Abdulaziz al-Saud.[2]

2. Al-Jubair’s statements: In an interview with an Egyptian TV Channel, Saudi Foreign Minister Adel al-Jubeir stressed upon the fact that the Qatar crisis forced Doha to take several measures that partially fulfill the Quartet countries’ demands including: signing an agreement with the US, and allowing US officials to audit and monitor Qatari banks. Moreover, Doha has reduced its support to terrorist organizations in Syria and Libya. Yet, al-Jubeir stressed that the remaining concerns for the Quartet countries, which need to be addressed by Qatar to restore the trust, include what measures Qatar would take against terrorism financiers, and members of terrorist organizations residing in Qatar, including the Muslim Brotherhood.[3]

3. Qatari Reconciliatory Tone: Sheikh Mohammed bin Abdulrahman al-Thani, the Qatari foreign minister, stated that summit is expected to result in setting a roadmap and a clear mechanism to put an end to the crisis. He also expressed his country’s readiness to discuss regional security concerns.[4]

Yet, despite that there might be some minor positive indicators, there are key disputes that would hurdle any attempts for reconciliation. The most important of which are the following:

1- Qatari – Iranian relations: Despite positive statements from both sides, there are still a number of factors that could hinder resolving the crisis. The most prominent of which is Qatari relations with Iran. It should be taken in consideration that one of the main reasons behind the Quartet decision to sever ties with Qatar is the hostage deal in which Doha paid about USD 1 billion to release members of its royal family, who were kidnapped in Iraq while on a hunting trip. Around USD 700 million was paid to Iranian figures and regional Shi’ite militias.[5] Thus, Qatar was paying Saudi’s archrival, Iran, which is accused of fueling conflicts and sectarianism in the Arab world,[6] at a time the rivalry between Riyadh and Tehran has reached its climax.

In addition, on October 3, 2017, the Iranian foreign minister, Mohammad Javad Zarif held a meeting with the Emir of Qatar to discuss their bilateral relations, as well as regional issues. According to Qatar’s News Agency, quoted in Al-Arabiya, “the meeting demonstrated cooperative relations between both counties in various fields. In addition, discussions took place on the status of the region, including current events.” The Emir further expressed his “comfort regarding strengthening ties between Qatar and Iran.”[7]

Furthermore, Qatar along with Turkey and Iran continued to deepen their trilateral relations evidenced by the signing of a transportation pact on November 28, 2017, which is expected to help accelerate commodity delivery and facilitate trilateral trade.[8] This came amid escalating tensions between Tehran and Riyadh, especially after the Saudis successfully intercepted the Iranian Burkan 2-H missile, fired by the Houthis to target King Khaled International Airport, 20km north of Riyadh.[9] Relations between Tehran and Riyadh will further deteriorate after the assassination of Ali Abdullah Saleh by Houthis, following Saleh’s declaration of alignment with Riyadh two days earlier.

2- Qatari, Turkish and Muslim Brotherhood Alliance: The Qatari–Turkish relations is partially ideological in nature, as Turkey’s AKP-led regime, allied with Qatar supports the Muslim Brotherhood throughout the region, especially in the aftermath of the 2011 Arab Spring[10].  This is evident in war-torn countries such as Libya and Syria. They also share the same aggressive position and antagonism towards the post 2013 Egyptian government, who managed with popular support to oust the Muslim Brotherhood.

This alliance was strengthened through military cooperation treaties between Ankara and Doha in 2015, allowing a Turkish military base to operate in Qatar. After the Qatari Crisis occurred, Turkey threw its weight behind Qatar through accelerating the deployment of Turkish troops in Doha.

One must pinpoint that the Turkish–Qatari alliance act as a revisionist power, seeking to change the regional status quo, by sponsoring regimes and non-state actors that are loyal to them, either ideologically or on sectarian basis.

Preventing the collapse of the GCC

Despite the mercury situation in the GCC, the escalating regional tensions with Iran may offer a good opportunity for the GCC to resolve its differences and restore its cohesiveness as a functional regional organization in a turbulent region. One positive indicator is in contrast to the claims that the GCC summit will be postponed for six months; its occurrence in its scheduled timing reveals the states’ commitment to the GCC regardless of the ongoing rift. The GCC foreign ministers meeting on Monday, December 4, held on the eve of the heads of state summit, reflects the shared commitment of trying to reach a unified gulf strategy on regional matters[11].

It is believed that the evolving situation in Yemen, and the Houthis assassination of Saleh will be a top priority of the 38th GCC summit. As this crucial meeting convenes with the summit opening scheduled at 5:30 pm (Kuwait time) on December 5[12], the Arab Gulf States will affirm that its internal crises are to be settled from within the GCC.

To conclude, despite positive rhetoric regarding possible breakthrough in the Gulf stalemate, "political trust crisis" between conflicting parties is still a significant impediment hurdling rapprochement. It should not be ignored that Qatar previously accepted to modify its foreign policies in the 2014 agreement, and accepted all the Arab Gulf demands. However, Doha renegaded all its commitment and didn't comply to any of the requested demands, which eventually led to the current crisis. If the conflict was not resolved within the GCC, we might see a more flexible "alliance of the willing" countries of similar foreign  policy orientation.

[7] “Qatar’s Emir: We are Comfortable with our Growing Iran Relations”. AlArabiya 4 Oct. 2017. Accessible at: https://english.alarabiya.net/en/News/gulf/2017/10/04/Qatar-s-Emir-Tamim-We-are-comfortable-with-our-growing-ties-to-Iran.html