A New Crack in Houthi-Saleh Alliance of Necessity 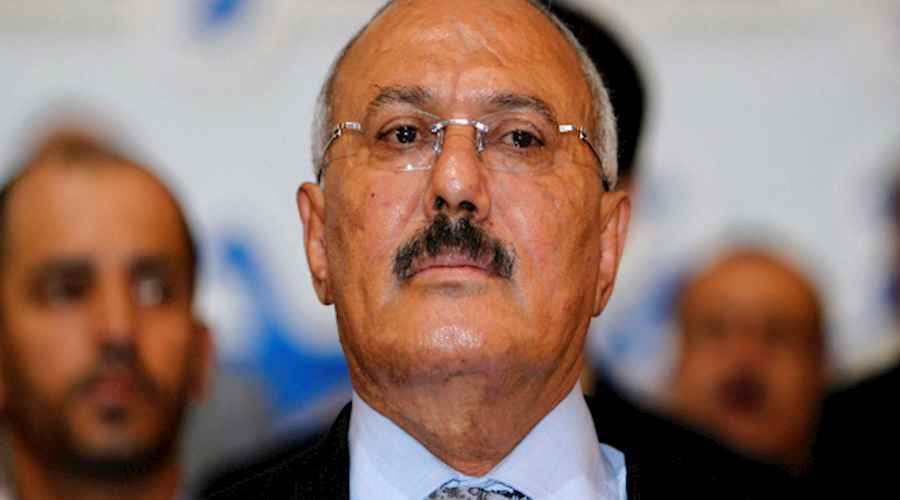 The new rift within the alliance of necessity between Yemen’s Houthi rebels and forces loyal to  ex-president Ali Abdullah Saleh comes amid a swinging balance of power between the allies. Saleh is trying to resist the Houthis’ dominance and bid to prove that he can continue as an influential force on the country’s political landscape. Saleh continues to be an influential political actor relying on his political and military forces and tribal support. This represents a tilt in the balance of power where the Arab Coalition forces are likely to take advantage of the development to eliminate the insurgent Houthi group.

On November 30, 2017, clashes broke out between the Houthis and forces loyal to  their ally Saleh in the Yemeni capital of Sanaa. Dozens of people from both parties of the rebel alliance were killed after the Houthis tried to occupy the Saleh Mosque in Sanaa, which is Yemen's largest, ahead of a  celebration of the Prophet Mohammad's birthday. Houthi supporters who held a rally at the nearby Sabeen Square clashed with guards loyal to Saleh after they were denied entry into the mosque. Clashes spread to the al-Sitteen Street, home to the office of Saleh's son, as well as other areas under the control of the ex-president's supporters.

During the clashes, the Houthis also besieged the houses of Saleh's family members and supporters including his nephew and foreign minister Hisham Sharaf. They also erected checkpoints and roadblocks to tighten their siege.

The tension is not the first of its kind between the Houthi-Saleh allies rebelling against the country's internationally-recognized government. In late August, they clashed after a pro-Saleh officer was killed in an attack reportedly carried out by the Houthis.

As the infighting intensified, pro-Saleh forces seized the building of the state-run television channel in Sanaa, a camp to the south, the Sanaa Airport and the buildings of the ministries of interior and defense and other government institutions such as the customs, finance and the Houthi-run Saba news agency. The capture of the critical institutions in Sanaa indicates that a plan was carefully developed in advance by Saleh to carry out a coup against the Houthis to take control in the capital once again.

The armed clashes within the rebel alliance of Saleh and the Houthis prompted reactions from the Houthis' political opponents in Sanaa that can be presented as follows:

1- The legitimate government took a positive position welcoming Saleh's move against the Houthis and called for forming a wide alliance that overcomes the differences of the past and opens a new chapter of relations with all political parties, in reference to Saleh, according to the terms of reference of the Gulf Initiative, the outcomes of the Yemeni national dialogue and UN Security Council Resolution No. 2216. The government announced that it supports any party countering the Houthis and that legitimacy is an umbrella for any party that breaks up with the Houthi militias.

2-  The General People's Congress party led by Saleh said the Houthis were carrying out a coup by continuing to storm state institutions, mosques and courts and showing no respect for the its national partnership with its allies.

The party also called upon all Yemenis to counter the Houthi militants to save the republic from the Houthi coup. The developments indicate that Saleh does not recognize the Supreme Political Council as he stressed that legitimacy is represented solely by the House of Representatives.

3- Tribal Mobilization. Tribes in Sanaa took a stance against the Houthis. Tribal leaders called for a meeting to discuss how to counter the Houthis' escalation against Saleh and his supporters. The call was in response to instructions from Saleh to mobilize all loyal GPC members, tribes and army and police personnel.

The Khawlan tribe took part in the fighting against the Houthis in al-Shazra area which they liberated to secure access for their militants as well as those from the Bani Matar and Sanhan tribes and back the GPC fighters loyal to Saleh.

Popular protests were staged in Sanaa in rejection of the Houthis' policies and their role in the deterioration of the economy and living and humanitarian conditions in provinces and cities under their control, including in Sanaa where social tensions escalated due to the continued Houthi rebellion and failure to run the country.

A joint mediation committee formed by both parties in a bid to de-escalate political and military tensions failed to re-open streets or remove roadblocks.

4- The Houthis issued a statement in a bid to incite GPS followers and encourage their own supporters to continue to stand against Saleh. In an obviously contradictory statement, the leader of the Houthis described Saleh's move as treason to their alliance and called him to dialogue to end the clashes. The Houthis chose to escalate against Saleh, but when the situation took a turn against them, they called for dialogue and counted on Iran's support. However, Iran's support cannot go any further, especially because Yemen in is not caught in a sectarian strife as is the case in Iraq and Syria, where Iran was able to push deeper into the two countries on sectarian basis.

Causes of the Rift

Several factors can be cited to explain the issue of renewed disagreement between the Houthis and Saleh.

1- The Houthis did not fulfill an agreement reached with Saleh when a national unity government was formed in October 2016. Since then, they failed to fulfill their commitments to the GPC leaders who considered the formation of the government as a violation of that agreement. They refused the move and put conditions on their participation. Most importantly, they demanded the so-called revolutionary committees be removed from all institutions, refrain from interfering in the work of all institutions, channel all funds to the central bank, follow exchange rules set by the law. They also demanded all military commanders be selected for their qualifications and in accordance with regulations governing security and military institutions.

2- The GPS rejected the Houthi-aligned committees' control of all government institutions and their illegal seizure of all revenue of the central bank. This led to the bank suffering a big deficit and delayed salary payments for government employees for three months in a row.

3- The rebel Houthi militias are unable to run the country's security and military institutions. Practical experience showed that since they turned against the government, the Houthis have proved to be unqualified to run any state institutions including the security and the military establishments. They even pursued unconstitutional and offensive ways to run the army, which angered GPC loyalists.

4- The GPC leaders accused the Houthis of pursuing sectarian and racist-motivated policies against whoever disagrees with them or is of different religious confessions. They also showed no respect for the GPC leaders and their popular support base.

5- The GPC leaders demanded the Houthi militias return funds they stole from the government and use them to combat poverty and diseases and create jobs for the youth that they exploited for fighting and escalation against the government forces and the Arab Coalition’s troops.

It can possibly be concluded that renewed disagreement between the Houthis and Saleh indicate that a well-planned scheme was developed by the ex-president to regain control of the capital Sanaa and put an end to the Houthis’ dominance. This means that the standoff between the two parties of the rebel alliance is likely to continue, driven by polarization between the liberal political party (GCP) and the sectarian-drive group (Houthis).  In addition to dominating the state institutions, the Houthis sought to use the alliance to change the doctrine driving in particular the security and military establishments through imposing sectarian-driven educational training of their personnel.

The military developments on the ground are indication that ex-president Saleh continues to be an effective military as well as political actor in the capital Sanaa. Moreover, the Houthis are also likely to seek counter-escalation to try to restore the previous situation.

The developments in Yemen represent an opportunity for the Arab Coalition, which has always reiterated support for the Yemeni people and Yemen’s unity. This means the coming period is likely to witness wider coordination between the Coalition and Saleh’s supporters, especially because he has not resorted to Iran, as the Houthis did. A common goal of this coordination would be to eliminate the Houthi rebels and restore legitimacy in Yemen while also initiating negotiations for a political settlement.