How is Escalation with Washington Impacting Iran’s Reformists? 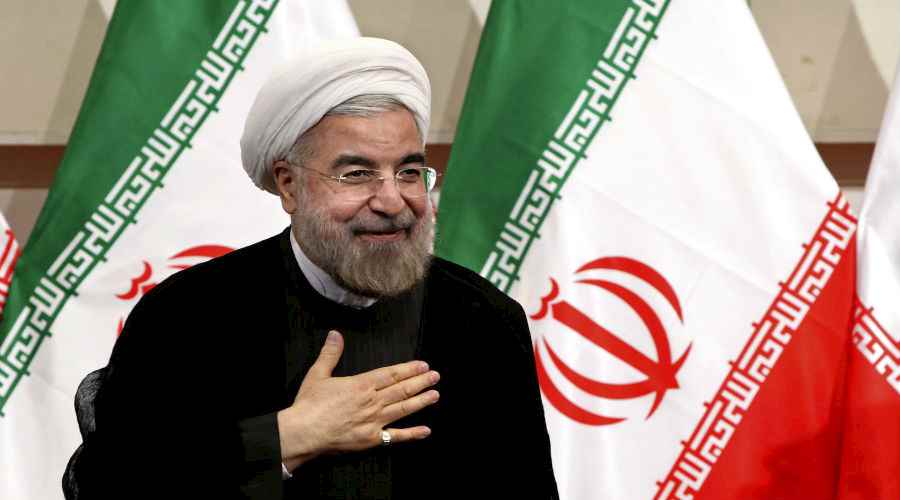 Iran no longer separates its foreign crises from ongoing shifts in the domestic balance of power, an indication of how intense current pressure on its foreign policy has become. Iran’s foreign policy has exacerbated its rift with Middle East states because it continues to interfere in their internal affairs and spread chaos and instability in crisis-hit countries. This intervention along with Iranian escalatory rhetoric increases the possibility of  an outbreak of a new military confrontation. Iran’s actions are driven by its failure to prove that it can transform into a state that can live up to strict international commitments such as the 2015 nuclear deal by circumventing its main terms and especially those regarding its ballistic missile program.

The current situation appears to be pushing the Iranian regime to take more repressive measures against political opposition, ethnic and religious groups and minorities. These groups and minorities demand the effective implementation of suspended constitutional articles that guarantee their political, social and economic rights.

Undoubtedly, the Iranian regime’s insistence on coupling external pressure and the changing internal political balances is in part driven by increasing international interest in Iran’s domestic crises, especially those caused by the marginalization of ethnic groups and religious minorities and the suppression of political opponents.

The international interest in Iran’s domestic changes was evidenced in US President Donald Trump’s October 13, 2017 speech in which he announced a new strategy on Iran. Trump’s reference to the “mullah regime” indicates his departure from the policies pursued by the administration of his predecessor Barack Obama based on avoiding the issue of the Iranian regime’s legitimacy in its interaction with Tehran. In this sense, Obama’s Iran policy paved the way to secret talks with Tehran that soon became public and eventually led to the signing of the nuclear deal.

Trump was also keen on highlighting Iran’s repressive policies against political opposition parties such as the Green Movement which staged the 2009 protests against the presidential elections in which former president Mahmoud Ahmadinejad won a second term.

This coincided with similar criticism of Iran with senior US officials such as US Ambassador to the United Nations Nikki Haley who condemned the dire conditions faced by ethnic and religious minorities because of Iranian authorities’ repressive measures.

In a push back against US pressure, the Iranian regime recently took more escalatory measures against opposition leaders as well as in regions of ethnic and religious minorities.

As part of the domestic escalation, the Iranian regime reportedly imposed tight restrictions on former reformist president Mohammad Khatami, who continues to be under fire from conservative fundamentalists over his backing for the Green Movement and leading the so-called “sedition movement”. The restrictions amounted to house arrest, already imposed on other Green Movement leaders, including Mir-Hossein Mousavi, Iran’s last prime minister before the post was scrapped in 1989, and Mehdi Karroubi, a former speaker of the parliament.

Although a spokesman for Iranian judiciary, Gholam-Hossein Mohseni-Eje'i (a former minister of intelligence between 2005 – 2009) denied imposing any new restrictions on Khatami, some moderate MPs were not deterred from issuing a statement protesting the new restrictions imposed on the former president.

At the same time, a court sentenced seven reformist politicians, including a brother of Khatami, Mohammad Reza Khatami, to one-year prison terms and barred them from political and media activity for two years for their “propaganda against the state”. Reza Khatami is a prominent leader of the the Islamic Iran Participation Front (IIPF), a liberal reformist party that was suspended by the government over its support to the Green Movement. Before that, on July 16, 2017 the authorities detained Hossein Fereydoun, the brother and aide of President Hassan Rouhani, on financial crime charges.

Firstly, it wants to restrict president Rouhani’s room for maneuver and free movement and block him from carrying out his election promises to embarrass him with his popular support base.

Notably, this policy caused internal pressure on Rouhani to escalate. Even his supporters sharply criticized and accused him of bowing to the policies pursued by hard-line conservatives. They cited his reluctance to appoint female ministers to his new cabinet proposed to the parliament on August 8, 2017, and choosing to appoint two women as vice-presidents and one as his assistant.

The development came amid widening criticism for Rouhani’s internal and external policies. Most recently, on October 9, 2017, the head of the judiciary Sadegh Larijani lashed back at Rouhani for sarcastically branding the judiciary authorities as ineffective by saying that some entities have nothing better to do than summon people for questioning. Rouhani was referring to the arrest of his brother Hossein Fereydoun.

In his direct response to Rouhani, Larijani even said, “If there is someone who has nothing to do then it is you. You are the one who has abandoned the country’s affairs four years ago and pursued the nuclear agreement as if Iran has no other problems and issues.” Larijani’s intensified criticism indicates that the conservative fundamentalists now believe that the escalation between Tehran and Washington has morphed from a chance to consolidate the influence of the reformists into a threat to the political gains they have made over the past two years.

Secondly, the Iranian regime seeks to send out a strong message to the world powers and the United States in particular, that their reliance on the Iranian opposition to bring about a political change inside Iran is facing multiple obstacles, first and foremost, the regime's strong restrictions imposed on the opposition. In this sense, the restrictions reduce the opposition’s ability to pose a real threat to the regime, if and when, they are prepared to respond to external calls to bring about a regime change. Such calls were made by current and former US officials. Most recently, former House of Representatives Speaker Newt Gingrich, noted that the Iranian regime is likely to be changed within ten years by President Donald Trump’s new strategy for Iran.

Nonetheless, it can possibly be said that the Iranian regime’s reliance on the fact that the opposition has limited options and mechanisms for putting pressure on it and became a source of threat to its legitimacy is also facing multiple obstacles. Most importantly, the Iranian regime is unable to accommodate the demands of the opposition, and insists on pursuing a repressive policy to deal with opponents. This is coupled with the regime’s escalating tensions with the various Iranian ethnic and religious minorities that are likely to impose real challenges for it in the coming period.