How does Iran Benefit from the Gulf Crisis? 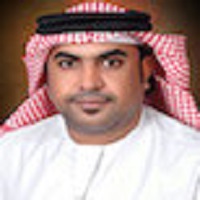 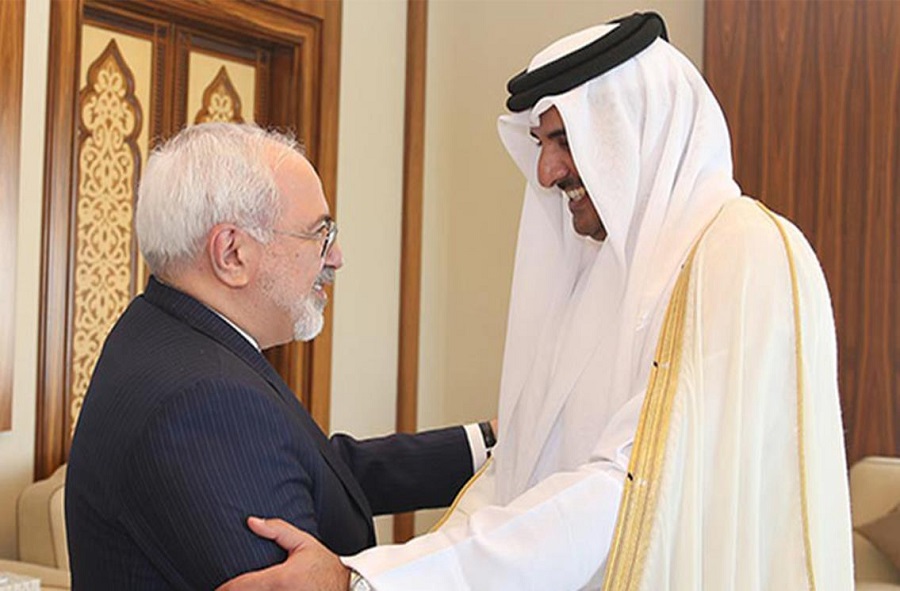 With the eruption of any crisis in the Middle East, a state of anticipation reigns over how the Iranian regime will exploit this crisis in its favor. This has happened a lot particularly considering Tehran’s relation with a number of sectarian organizations in some Arab countries like Hezbollah in Lebanon and the Houthi militia in Yemen. However, the situation seems different in terms of the current crisis between Saudi Arabia, the United Arab Emirates, Bahrain and Egypt on one hand, and Qatar on another. This time the crisis is on the state-level, rather than an organization or a militia like previous times. Therefore, the expected repercussions will be more severe and different on the Gulf Cooperation Council, which is considered the most coherent system in the Arab world on the level of confronting Iran’s regional ambitions.

One must note that Iran and Qatar practice the same policy, which is the “game of contradictions.” Therefore, both of them cannot trust each other. This indicates that any agreement between them remains tactical, and would only serves them for a short period, rather than having a long-term strategic agreement.

There are two remarks to consider regarding the layout of Iranian-Arab relations. The first one is that Iran always seeks to exploit any disagreements that occur in the region either among countries or within groups in a single country. That is a result of Iranian intransigence and refusal to consider Arab national security.

The history of Arab-Iranian relations clarifies the second point that Iran is not a state, which provides services (even humanitarian ones) without anything in return. Many times, what it gets in return has a high price that is usually paid by the society, rather than the government, it resorts to. For example, American troops sought Iranian assistance to topple the regime of late Iraqi President Saddam Hussein. However, the result was security chaos in the entire region with the exception of Tehran. Therefore, Iranian pragmatism may burn the other party if that is what it takes to achieve its political interests. This is why Qatar may be deceived by Iranian Foreign Minister Mohammad Javad Zarif’s June 14 statements that “Iran will provide Qatar with all the necessary humanitarian aid it needs.”

Iran has, over the course of three decades, attempted to weaken the Gulf Cooperation Council. The current Gulf crisis represents an opportunity to resume these attempts. What helps it do so is Qatar’s rapprochement. Doha has adopted this approach, even though it is aware of the threats posed by resorting to Tehran against its neighbors in the Gulf and the region.

What is odd about Qatar’s rapprochement with Tehran is that it came after Gulf diplomacy, represented in Saudi Arabia and the United Arab Emirates, convinced the international community, and primarily the American administration during the Riyadh summits, that Iranian interferences in Arab and Gulf affairs pose a threat. They also succeeded in convincing them that Iran’s policies are the direct reason of terrorism and extremism in the region.

Qatar’s emir Tamim bin Hamad bin Khalifa Al Thani’s statements in support of Iran came as a “mercy bullet” against all Gulf efforts, as he said “Iran represents a regional and Islamic power that cannot be ignored, and it is unwise to face up against it.” Thus, his statements broke the siege, which was supposed to be imposed on Tehran and gave Iran a chance to benefit from the current Gulf crisis.

Tehran sees in tense relations between Qatar and the Gulf a chance to improve its political relations with Doha, distance the latter from its Gulf neighbors and achieve economic and commercial gains. After boycotting countries closed air routes with Qatar, Iranian authorities announced that Qatari flights, which go through Iranian airspace increased to between 100 and 150 flights a day. This is according to the CEO of Iran Airports and Air Navigation Company Rahmatollah Mah-Abadi, as reported by the official Iranian news agency. Mohammad Lahouti, the head of Iran Export Confederation, said on June 6 that the crisis between Qatar and some Arab countries represents an important economic opportunity for Iran, noting that Qatar annually imports food products worth around USD 5 billion from neighboring countries and these needs “can be met by Iran.”

Qatar’s policies and actions in the Middle East, including its political wraglings and media debates, have been on for years. These policies propose a suitable opportunity for Iran to infiltrate the Arabs’ ranks, especially after Emir Tamim’s May statements that confirmed everything the Qatari regime has planned for the region.

Those following up with the developments of the current Gulf crisis will realize that uncertainty is a Qatari behavior that may last for a long time. This is why Emirati Minister of State for Foreign Affairs Anwar Qarqash suggested establishing a monitoring system over Qatar’s activities. If the current crisis resumes amid Qatar’s clear stubbornness, Doha will attract the Iranian regime to fill the strategic “gap”, which Iran can use to enter and negatively affect the Gulf system. To confront Gulf pressures, Tehran will defend Qatar’s policies under the pretext of strategic interests. Iran will, thus, find an opportunity to deepen the current crisis and may even work to internationalize it to further complicate it and make sure it is not resolved via traditional methods and within the context of the GCC.

One can say that the Qatari government’s services to Iranian policies represent an exceptional situation in the history of the Gulf. It cannot be compared to the policy of any other country because Tehran has contradictory interests with Arab Gulf countries and it will not rest until it divides them. Iran is dedicating all its political, media and military efforts to attain this goal and the current crisis is proof to that.

As a reaction, on July 2, 2017, Permanent Representative of Saudi Arabia to the United Nations, Abdallah Al-Mouallim, accused Qatar of sharing Iran’s orientation that aims to create chaos in the region. He said: “Qatar chose Iran as its ally and it supported terrorist groups for 20 years although it knew what they schemed against the region’s countries.”

A “Half Open” Door

In order for Iran to completely benefit from the current Gulf crisis, Tehran may leave the door “half open” to benefit from both parties. If Qatar finds itself in real trouble, it will make concessions to Iran and if Qatar quits its intransigence, Tehran would have lost nothing.

Iran looks at this crisis as a “case study” for a scenario that can be implemented later if things go as planned in “the Riyadh summits.” The expected negative repercussions on Tehran’s domestic situation will be much more than what Qatar is currently going through. This appeared in Iran’s initial reactions to the Gulf boycott of Qatar as Hamid Aboutalebi, deputy chief of staff of Iran's President Hassan Rouhani, said on Twitter: “What happened is the first crack in the alliance against Iran and the preliminary result of the sword dance in Riyadh.”

Point of No Return

It’s strange for Qatar to resort to Iran to confront its Gulf brothers. When it comes down to this, this does not only mean there’s an agreement to threaten stability in the region, but it means we are also about to witness new developments that may change a lot in the region. Instead of the Qatari regime restoring its balance, benefitting from the chances it was granted, reconciling with its ordinary surrounding and maintaining its relations with the region’s people, it’s practicing the policy of “wasting opportunities.” The fear is that Qataris reach a point where they cannot stop cooperating with Iran.

What strengthen these fears are the statements of Qatar’s Foreign Minister Mohammed bin Abdulrahman Al-Thani on June 27. He implicitly said that his country rejects the demands of the boycotting countries and confirmed that the demands will be null when the deadline ends. He also voiced the importance of having constructive and positive relations with Iran.

In brief, it’s expected for Iran to provide more support to Qatar in its current crises as it desires to prolong the crisis in a way that achieves its political interests of dividing the Gulf front and expanding further in the region. Iran aims to secure further and economic interests by increasing the number of Qatari flights in its airspace and sending food exports to Doha. Meanwhile, Gulf countries will not stand idly by while Doha resumes this behavior and approach while dealing with the crisis. The developments in the relation between Qatar and Iran harm Arab and Gulf security. Thus, it is urgent to deal with this problem in a way that protects Arab and Gulf interests, and prevents granting Tehran a chance to harm Gulf countries or move forward in its scheme that targets the GCC.