How is Iran Capitalizing on the Recent Attacks in Tehran? 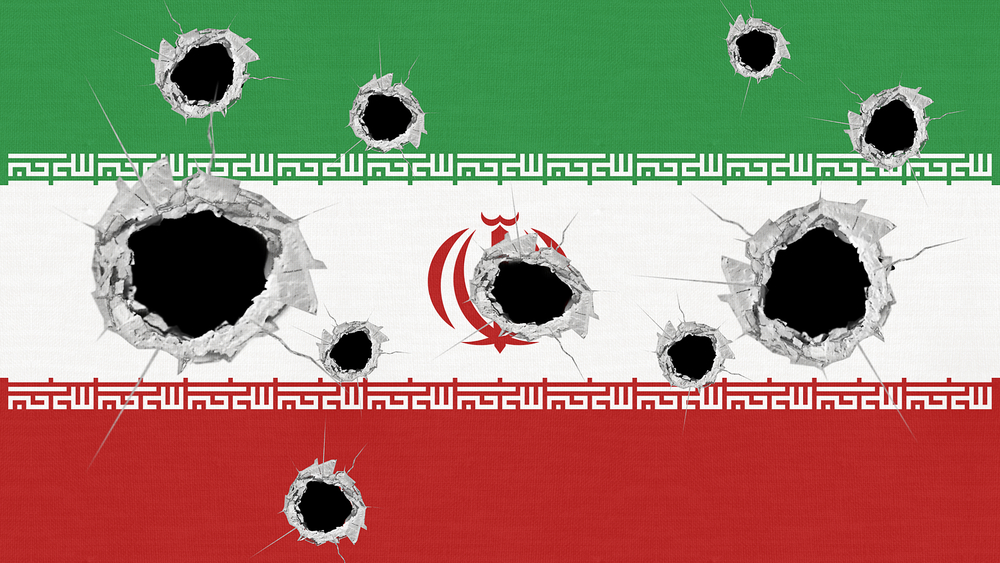 Iranian Intelligence Minister Mahmoud Alavi, in statements delivered after a closed-door meeting held at the parliament to discuss the June 7, 2017 twin attacks  on the  Iranian Parliament and the mausoleum of Ayatollah Khomeini, announced that there is not any ISIS terror cells left inside Iran after the security services conducted several operations to dismantle and eliminate these cells. However, controversy continued to swirl over how the attacks could have been carried out and whether similar attacks are possible in the coming period. The controversy heated up after the authorities revealed that ISIS succeeded in recruiting and training Kurdish elements for its armed confrontations in Iraq and Syria.

The fundamental conservatives and media outlets affiliated with the Iranian Revolutionary Guards (IRGC) have launched  criticism against the government over lax security measures that were exposed by the attacks. However, what should be noted within this context is that the campaign was not solely aimed at imposing more pressure on the government and waging a new campaign to repress social freedoms ahead of President Hassan Rouhani’s second term. The aim would be to limit options for the president whom the fundamental conservatives fear that he would possibly seek to rely on his landslide victory at the May 19, 2017 elections to enhance his ability to open up issues with the regime’s other establishments.

The most important goal that the conservatives and the IRGC seek to achieve in their campaign is, perhaps, to add a boost and significance to Iran’s foreign interventionist roles, particularly in Iraq and Syria. In other words, they want to take advantage of the attacks on the parliament and Khomeini’s mausoleum to send across messages to the Iranians that what Iran is doing in Iraq and Syria aims to fight terrorism outside Iranian territory.

That is why this bid, in the coming period, may promote the idea that any backing down on this role would mean that Iran can potentially be exposed to more attacks that target its key religious and political establishments because terror organizations would have been allowed, due to such backing down.

In light of the above, it is, perhaps, not possible to dissociate the movements of key conservative figures from the IRGC’s assertions that Iran will continue to support the regime of Bashar Assad in Syria in the coming period that might witness major strategic shifts inside Syria due to the recent political and field developments.

Within this context, the commander of the IRGC’s ground forces, Brigadier General Mohammad Pakpour, emphasized, on May 2, 2017, that  Iran will continue to send “military advisers” to Syria to back the regime of Bashar Assad. He further noted that that the IRGC’s troops are in Syria to support the Qods Force, the IRGC’s branch for external operations that is led by Major General Qassem Soleimani.

This coincided with recent movements by the Iranian-allied sectarian Shiite militias in both Syria and Iraq. Iranian media organizations, such as the IRGC-affiliated Tasnim news agency, intentionally published photos showing Soleimani with militants from the Fatemiyon Afghan militia at a place north of the Syrian al-Tanf border crossing with Iraq, which was taken by the Iranian-allied Popular Mobilization Forces, better known as the Hashd al-Shaabi.

Several reports indicated that the Iranian-allied militias made sure that they avoid what they called the “American checkpoints” inside Syria. However, this does not negate the fact that these movements can expose these militias to more US military attacks. The most recent of which hit a convoy of these militias on May 18, 2017 near the al-Tanf airbase in southern Syria that is now used by the troops of US-led Global Coalition to Counter ISIS.

However, this has not forced Iran to back down on its plan to support Bashar Assad’s regular forces to reach the border with Iraq while the Hashd al-Shaabi militia advances from the other side of the border. Such plan means that Iran’s determination to reach these areas indicates its plan to achieve three main goals.

The first goal would be to send a message to the United States that whatever measures the US military takes on the ground would not force Iran to change its policies towards the current political and field developments taking place in Syria, especially after the US Administration of President Donald Trump began to focus on Iran’s negative roles in conflict-torn countries, and in Syria in particular. This was evidenced in a barrage of statements made by Nikki Haley, the United States Ambassador to the United Nations, specifying Washington’s priorities in Syria, which include removing Iran’s influence from the country.

Iran’s second goal would be to ensure that work continues on reaching the Mediterranean and establishing a land corridor via Syria to ensure continued support to its allies, the Assad regime in Syria and the Hezbollah group in neighboring Lebanon. This, perhaps, is in preparation for developments expected to emerge in the ongoing conflict in Syria. This comes in the light of intertwined and complicated calculations and policies pursued by regional and international powers involved in this conflict, as well as a decline in Iran’s role that played into the hands of Russia which, on several occasions, has not hidden its resentment over the movements of Iran and its militias on the ground.

A third goal would be to make preparations for the potential trajectories for the Joint Comprehensive Plan of Action (JCPOA ) - the 2015 nuclear agreement between Iran and the P5+1 group of world powers. This is especially significant for two reasons. First, the deadline is approaching for the release of a report by the US National Security Council-led interagency review of the agreement that will evaluate whether suspension of sanctions related to Iran pursuant to the agreement is vital to the US national security interests. Second, the Trump Administration continues to ratchet up the sanctions against Iran, thus threatening the existence of the agreement itself. This path appears to be more likely, so far.

In light of the above, it is possibly safe to say that Iran has already started a bid to continue its efforts to consolidate its influence on the ground in Syria in preparation for an escalation in tensions and disagreement with the US Administration that revolve around Iran’s support for global terrorism and its role in destabilizing the Middle East. That is why Tehran sought to capitalize on the “Wednesday twin attacks” to give its foreign roles special importance claiming that it seeks to fight terrorism, although the reality on the ground indicates that Iran’s behavior is one of the main reasons why terrorism has spread.