Why is Politicization of Money Spreading in War-Torn States? 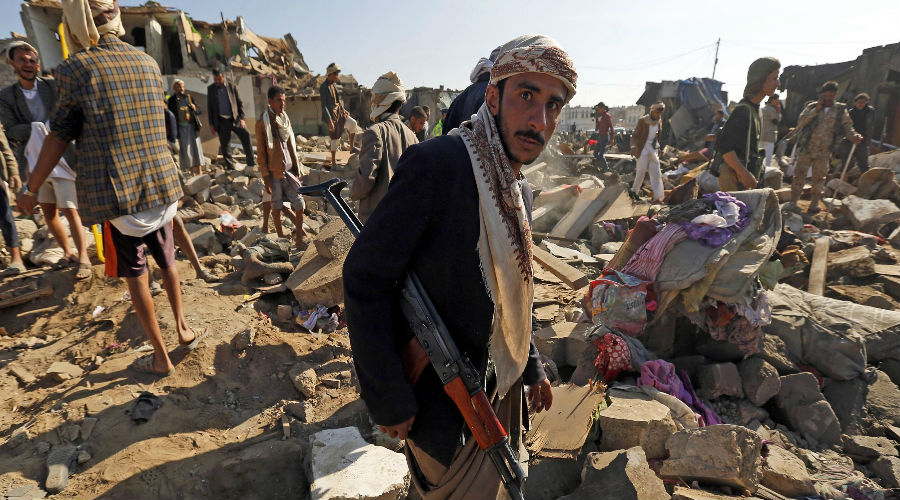 In fact, several factors have helped the spread of this phenomenon in countries such as Libya, Syria, Iraq and Yemen. The most significant of these factors is a situation of political division and conflict in these states that was preceded by a division within their economic institutions, which was also coupled with financial collapse. This collapse pushed these states, sometimes, to look for alternative financial resources through borrowing and printing money regardless of potential economic consequences. Other factors include the spread of terrorist organizations such as ISIS, which sought to establish its own strong financial base that would enable it to carry out its terrorist activity and strengthen its hold on some areas. As a result of these circumstances, various political parties in these states issued their own banknotes, which indicates not only political division but also a “monetary chaos”.

ISIS, back in 2014, sought to establish its own monetary authority by issuing its own currency. However, as ISIS’ sources of funding are being stifled, there are indications that the terrorist organization opted for using fake currency to cover its spending, as well as digital currency such as bitcoin, a cryptocurrency and a digital payment system that cannot be tracked when used to fund the organization's activities.

No doubt, the resulting monetary chaos will impose several political and economic implications. It is likely to entrench political division in some conflict-hit states, undermine confidence in local currencies as well as provide sources of funding for terrorism that are difficult to detect and track.

The spreading use of banknotes and other types of currency, as an instrument to leverage political and economic influence in war-torn Middle Eastern countries, can be attributed to the following factors:

1- Parallel Institutions. Conflict-hit states such as Libya and Syria have been suffering political division for several years. This situation led to a parallel division within financial and economic institutions. For instance, in Libya, the deteriorating political situation led to the formation of three governments: The Government of National Accord, alongside two other governments in the east and the west. As a result, parallel economic institutions were created over the past two years to compete with existing institutions.

2- Terrorism Financing. When their activities surged in some Middle Eastern states, terrorist organizations, in 2014, sought to establish a strong financial foundation to fund their terrorist activity inside and outside the region. They succeeded in securing ample funds from oil production and illicit trade inside Syria and Iraq thus leveraging their influence over the past period.

One year later, in 2015, some estimates put their financial returns at US$2.4 billion. However, as the stronghold on their sources of funding continues, these organizations had to seek more secure financial resources such as digital currency.

3- Financial Deterioration. Political and security deterioration in these states was coupled with severe economic and financial recession, which is making it hard for governments to mobilize their public resources while local banks face acute shortage of liquidity, or local currency. In Libya, for instance, an already high budget deficit peaked at 52.7 per cent in 2016, was largely funded by loans from the Central Bank of Libya.

There are several indications that the “politicization of money” phenomenon in the Middle East is spreading. These indications are as follows:

1- Duplicate Banknotes. Banknotes have become a new tool for militias to deal with political and field developments in conflict-hit states. In Yemen, the rebel Houthi group, in May 2017, issued new banknotes to counter a liquidity crisis in areas under their control. Their new banknotes, which came in the form of consumer vouchers and checks of 5000 Rials, were issued to plug a shortage of liquid money. The Houthis’ banknotes were termed as totally illegal by Munser al-Quaiti, Governor of the Central Bank of Yemen.

2- Independent Currencies. In November 2014, ISIS announced that it was planning to mint its own currency in gold, silver and copper for areas under its control in both Syria and Iraq.

3- Counterfeit Money. The security turmoil hitting the Middle East has spawned the phenomenon of counterfeiting local and foreign currencies, in conflict-hit states in particular. This is evidenced, for instance, in a warning from the Central Bank of Syria in 2012 that there were large amounts of fake foreign currencies on the Syrian markets. Within this context, some terrorist organizations took advantage of the chaotic situation and used counterfeit currencies to secure adequate funding for their activity. ISIS counterfeited the Iraqi dinar to counter its financial crisis, according to Iraqi officials. Moreover, there is evidence that several terrorist militias and armed factions are involved in illicit trade as well as currency counterfeiting operations.

4- Bitcoin. ISIS recently resorted to bitcoin to fund its operations. This digital currency is difficult to track by regulators and financial control authorities because it is electronically encrypted. Within this context, Indonesia’s anti-money laundry agency, in January 2017, noted that ISIS has used online-payment services such as bitcoin and PayPal in the Middle East to fund its members operating in Indonesia.

Apparently, the state of monetary chaos that conflict-hit states has descended into is likely to produce economic and political implications. That is, this chaos will contribute towards widening disagreement between involved political parties in these states, which will block regional and international efforts to settle regional crises. Moreover, it will lead to decreasing confidence in local currencies of involved states thus creating confusion in financial and economic dealings. This potential threat comes amid warnings of the possibility of digital coins transforming into a new platform that may enable terrorist organizations to fund its operations in an easy manner, thus making it inevitable to tighten control and oversight.