Motives and Consequences of ISIS’ ‘Cubs of the Caliphate’ Schools 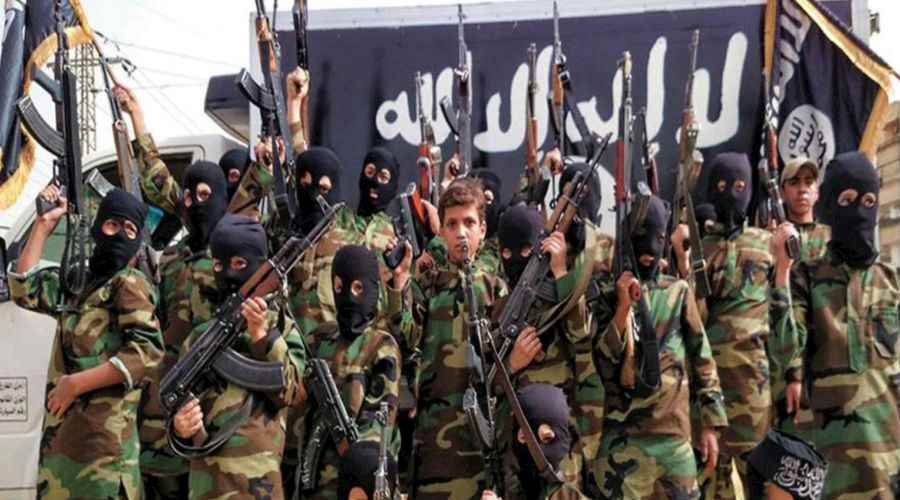 ISIS’ establishment of schools for what it calls “Cubs of the Caliphate” reveals that the terrorist organization is not only interested in dealing with the outcome of wars being waged against it in Syria and Iraq that have evidently drained its human capital and financial capabilities. Its other priorities now include efforts to sustain its ideology that may recede due to ongoing military operations.

Within this context, several reports have revealed that ISIS is currently establishing new  schools to indoctrinate children and teach them sharia. ISIS’ cubs of the caliphate schools are different from its military training camps for children as ISIS is keen on securing future generations of terrorists who adopt its ideology and possess strong military capabilities.

Undoubtedly, ISIS’ interest in recruiting children is not something new. Since its activities re-surged in 2014, the organization has been seeking to recruit children, especially those fathered by terrorists or captives. It even kidnapped family members of some recruits to train, indoctrinate and use them in its battles, in Iraq’s Mosul City in particular. It had appointed Abu Harith, one of its elements, as a trainer, but he was killed in an Iraqi Air Force offensive on September 5, 2016.

However, what is new in this context is that the organization became keenly interested in establishing schools whose main task is to prepare the next generation of terrorists. This bid bears the following indications.

1- Threats to the Organization’s Ideological Structure: Along with other factors, counter-ISIS ideology campaigns launched by several involved powers and stakeholders over the past two years have contributed towards exposing the organization’s fake claims. This has resulted in a decline in recruitment rates. For the organization, this constituted a severe threat to its ideology that was coupled with the ongoing military operations against it on several fronts. Consequently, it resorted to establishing this kind of schools to sustain its terrorist and violent approaches through indoctrination of children aged 12-14.

2- Anticipating Collapse: The organization appears to have recognized how difficult it is to keep the areas it took in northern Iraq and Syria under its control despite military operations being conducted by involved powers and parties in the war.  The possibility that this war may expand in scope in the coming period has forced the organization to preempt its collapse by preparing a new generation of terrorists. These terrorists can resume spreading its ideology and approaches, whether in the areas that are still under its control or new areas that can be accessed in a later stage after the battles in Syria and Iraq come to a close.

Hence, there are views that in the next stage, the terror organization may prioritize preservation of its ideology rather than its structure given its recent losses and ongoing military confrontations.

3- Consolidating Ideological Steadfastness: At this stage, ISIS seeks to consolidate the ideological steadfastness and persistence of its terrorist elements considered most capable of commitment to, and execution of its ideology and approaches on the ground. This is exactly what the Cubs of the Caliphate schools can achieve. Through indoctrinating students with ISIS' ideology, in the organizations's view point, ISIS will not need to recruit new elements seeking to join it in pursuit of  material, social or other goals.

The phenomenon of ISIS’ Cubs of the Caliphate schools may impose the following consequences:

1-  Intensifying violence. Such schools will help prepare a new generation of terrorists that ISIS indoctrinated with its ideology and gave them the required combat experience to enable them to carry out its future attacks.

2- Emergence of new terrorist hotbeds can occur especially when terrorist elements move to other areas in conflict-hit countries, such as Syria, due to continuous military strikes against ISIS inside its strongholds.This increases the possibility that fleeing terrorist elements can establish new hotbeds to compensate material and human losses inflicted on the organization through these strikes.

3- Backing affiliated organizations, in particular those under mounting pressure from military operations or ideological counter-campaigns. This  providing ideologues who can strengthen the organization’s ideology in the minds of its terrorist elements.

4- Increasing numbers of suicide fighters. Suicide or inghimasi attacks, on which ISIS has been relying increasingly since the launch of the battle for Mosul in October 2016, require terrorist elements that embrace a non-conventional ideology  to carry out such attacks. This is one of the goals of establishing such schools whose importance has been growing as ISIS has been increasing its suicide attacks recently. The most recent of such attacks was carried out by ISIS’ branch in Afghanistan that targeted Radio Television Afghanistan on May 17, 2017. Moreover, several reports indicate that the organization is increasingly relying on children to carry out suicide attacks against forces and militias involved in military operations against it.

In light of all this, it can possibly be said that the organization is likely to continue such strategy in the coming period due to mounting pressures from offensive military operations, continuous defections, as well as the shrinking areas of control in both Syria and Iraq.