Regional States and the Use of Economic Sanctions 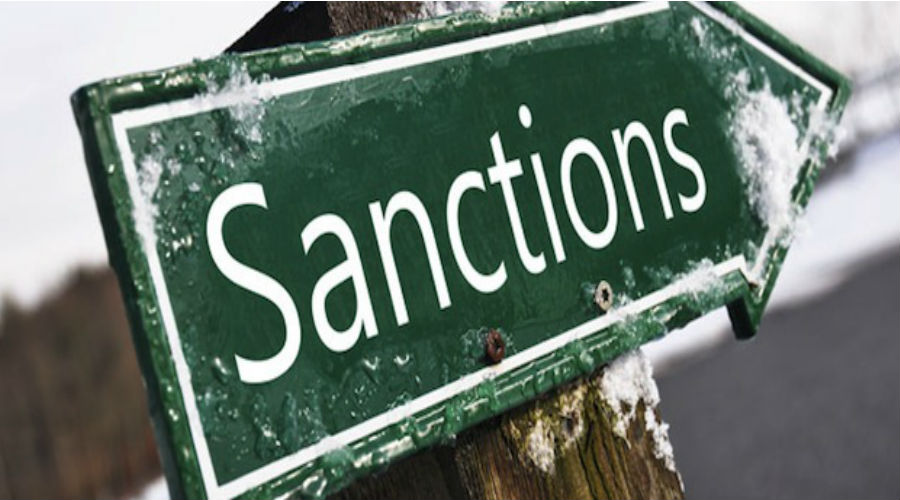 In reality, these states resorted to the use of such mechanism because their relations with international powers became increasingly strained by tension caused by their contrasting approaches to issues of mutual concern. However, a look into the effectiveness of these approaches would reveal that imposing economic sanctions, or merely threatening sanctions, does not appear to be adequately affecting targeted states.

Sanctions announced by Iran will not put any pressure on the Trump administration, which has reservations on the Iran Nuclear deal, accuses Iran of supporting terrorism and violating human rights. On the other hand, Turkey does not appear to be fully prepared for putting a freeze on its economic relations with any of its economic partners that would cause huge losses for its economy.

As the potential impact of these economic pressures is waning, it is safe to say that there are other targets that involved states seek to achieve through such approaches, most importantly sending messages that they can take more stringent positions on pending issues with the targeted parties.

Over the past few months, these Middle East states sought to pursue various economic approaches to put pressure on international or regional powers. Within the context of the escalating tension between Turkey and its European partners, Turkey’s Deputy Prime Minister Numan Kurtulmus, on March 14 2017, alluded that the Turkey may impose economic sanctions on the Netherlands. This came after Ankara took measures such as suspending high-level diplomatic relations with Amsterdam and banning the Dutch ambassador from the country.

Other regional cases reveal that economic tools were practically used to put political pressures. Iran, on March 26 2017 announced its own sanctions against 15 US-based firms, a majority of which are arms manufacturers accused by Tehran of violating human rights and collaborating with Israel. According to the Iranian foreign ministry, the sanctions ban the establishment of any relations with these firms, a freeze of their funds inside Iran, and a ban on issuing any entry visas for individuals who hold positions at these firms or have relations with them.

In similar situations, the government seated in Tobruk, eastern Libya, in February 2015, decided to review all contracts with foreign companies in all areas and exclude Turkish firms from operating in Libya. The move constituted a serious threat to Turkey’s investments in Libya, estimated at US$15 billion before the Libyan Revolution broke out.

Moreover, Israel, in January and March 2017, decided to suspend about US$8 million in funding to the United Nations in 2017 in protest against a Security Council resolution that demands an end to settlements in the West Bank, a Palestinian occupied territory.

Through these economic tools, states seek to achieve main goals the most important of which is to emphasize their ability to impose reciprocal treatment. This was evidenced in Iran’s recent sanctions against US firms, announced by Tehran in retaliation to fresh sanctions imposed by the United States on 25 individuals and entities in Iran in February 2017 on the heels of an Iranian ballistic missile test-launch.

These states also seek to ratchet up political pressure on other states during disputes over certain issues. This is what Turkey appeared to have been trying to achieve through its recent measures against the Netherlands, after the Dutch banned meetings between Turkish ministers with the Turkish community that were planned to rally support for the constitutional amendments on which the Turks will vote in a referendum on April 16.

Nevertheless, the ability of these measures to achieve tangible results on the ground appear to be weak. In the case of Iran, imposing economic sanctions against US companies may not have substantive impact on the United States, due to the tense relations between the two states, in the economic domain in particular, which has not improved even after the conclusion of the nuclear deal and the lifting of international sanctions against Iran.

Similarly, Turkey’s intent to take practical measures to implement its sanctions against some European states remains unlikely because Ankara recognizes that the move would impose strong negative implications for its economic interests. That is, the European Union is among Turkey’s major trading partners. The Netherlands alone has investments worth $22 billion in Turkey, according to estimates, making it the largest source of foreign direct investment (FDI) with a share of 16 per cent. Trade between the two partners amounted to $6.6 billion in 2016, while some 900,000 Dutch tourists visited Turkey last year.

On the other hand, European states are not likely to escalate their tensions with Turkey in the coming period, not only because of potential economic repercussions in the short term, but also because escalation can possibly pose a more serious threat if cooperation between Turkey and the EU is suspended on issues such as migration and combating terrorism. That is, Turkish officials threatened more than once to end a refugee deal struck with the EU in March 2016.

To conclude, it is possibly safe to say that the willingness of regional states to impose economic sanctions against certain international powers will increase in the coming period in light of their widening disagreement. Moreover, despite the fact that these sanctions currently remain symbolic and inadequate, a continued escalation of tensions can perhaps impose an expanded use of economic tools that are more powerful and have a bigger impact in the coming period.