The Repercussions of Escalations between the US and Iran 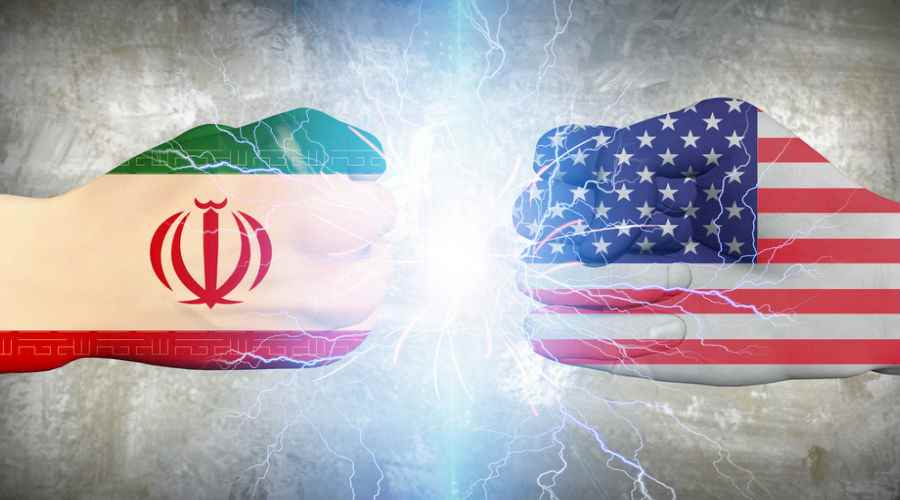 Escalating disputes between the US and Iran have entered a phase best described as a “test of intentions” in order for each side to assess the options available in dealing with the actions of the other. Both governments’ attitudes project that further escalation will likely occur in the coming phase, especially in light of US President Donald Trump’s administration determination to send many messages to Iran emphasizing that its policies are different from its predecessor, former President Barack Obama’s administration. Meanwhile, Iran is set on taking stern reactions to recent decisions by the US administration.

On January 29, 2017, Iran attempted to assess the limits of the relationship with the new US administration through testing a ballistic missile. This act was an initial step in determining Iran’s new policies in dealing with the pressures exerted by Trump’s administration in the coming phase. The development of a renewed policy towards the US will be particularly necessary if Washington decides to label the Iranian Revolutionary Guard (IRG) a terrorist organization.

By carrying out the launch, Iran sought to reaffirm claims that the tests themselves do not contradict the nuclear deal, since the missiles – according to Tehran – are unable to carry nuclear warheads. This has been Tehran’s position since carrying out a series of missile tests following the conclusion of the nuclear deal. Iran also wants to explore all possible outcomes of a dispute with the Trump administration, and the possible steps that could be taken in retaliation. This would give Tehran a frame of reference to understand the differences between the Trump and Obama administrations in terms of their positions concerning Iran.

It appears that the Trump administration understood the objectives of Iran’s recent escalation, viewing the launch as a test of intentions and a probe for options. Accordingly, the Trump administration responded with a swift message to Iran. On February 5, 2017, US Vice-President, Mike Pence, warned Iran against testing the resolve of Trump’s administration. “Iran would do well to realize there’s a new president in the Oval Office. Iran would do well not to test the resolve of this new president,” said Pence.

These warnings are consistent with Trump’s previous tweet where he said, “Iranians don’t appreciate how ‘kind’ President Obama was to them. Not me!”

Trump’s administration took two steps in response to Iran’s escalation. First, new sanctions were placed on 13 individuals and 12 entities suspected of providing logistical assistance to the ballistic missile program, and their assets were subsequently frozen. These individuals were also banned from making deals in the US or with American citizens. Second, threatening that all options are possible in the coming phase in dealing with what the US views as a threat by Iran, specifically referring to the military option.

A second clear deviation from the past administrations policies is the lack of an attempt to limit the number of disputes with Iran, due to the potentially negative effects of Iranian policies on the stability of the Middle East. Pressure by Washington on Tehran will therefore not be limited to the nuclear deal, but will also focus on accusations surrounding Iran’s support for terrorism.

It is notable that the new administration has begun to highlight Iranian intervention in war-torn countries, especially Syria, Iraq and Yemen. Trump noted Iran’s influence in Iraq at a time in one of his tweets stating, “Iran is rapidly taking over more and more of Iraq even after the US has squandered three trillion dollars there.”

Several reports reveal that Trump’s administration is adopting a vision that opposes Iran’s ambition in Syria. This vision is not concerned with removing Assad from power as a prerequisite mean to reach a political solution on the Syrian crisis. Accordingly, Washington may reach an agreement with Moscow to limit the role of militias loyal to Iran inside Syria, especially since there are several indications of Russian resentment towards the roles these militias play on the ground. Furthermore, Russia intends to continue its coordination with Turkey in order to reach a settlement in the coming phase.

The deployment of the USS Cole off the Yemeni coast on February 3, 2017, under the pretext of protecting international navigation at Bab El-Mandab, is linked to the recent escalation with Iran. It further reflects Washington’s intentions to counter any Iranian intervention in regional conflicts. Washington is also concerned about the negative role of the IRG in these crises.

It appears that Iran is facing a difficult dilemma in light of the escalation with Trump’s administration, even though it claims it can stand up to Washington. One of Iran’s main goals in the P5+1 nuclear deal was to ensure international recognition of its role as a regional power in the Middle East, or at least to overlook its role and intervention in regional crises. The previous US administration intentionally did not focus on Iran’s interventionist policies as a way to encourage compliance with the nuclear deal, which the administration viewed as one of its hallmark foreign policy achievements after less than stellar results in Syria and Ukraine.

Currently, the US administration is intentionally expanding the gap with Iran to include non-nuclear issues, which will limit Tehran’s options, especially since it is currently facing substantial international and regional pressure. Furthermore, it would not be easy for Iran to threaten suspending the nuclear deal despite new sanctions because that it would have to assume responsibility for the failed agreement. This could risk military confrontation with the US and possibly other states, such as Israel.

It is most likely that Iran will continue escalation as usual, either through missile tests or military maneuvers to see how Trump’s administration will react to non-nuclear issues, most notably Syria and Yemen, and Iran’s support for terrorism. After these steps, Iran will have to decide on options to deal with the continuous pressure imposed by the new US administration on Tehran.