Implications behind failure to reach US-Russian deal for Syria 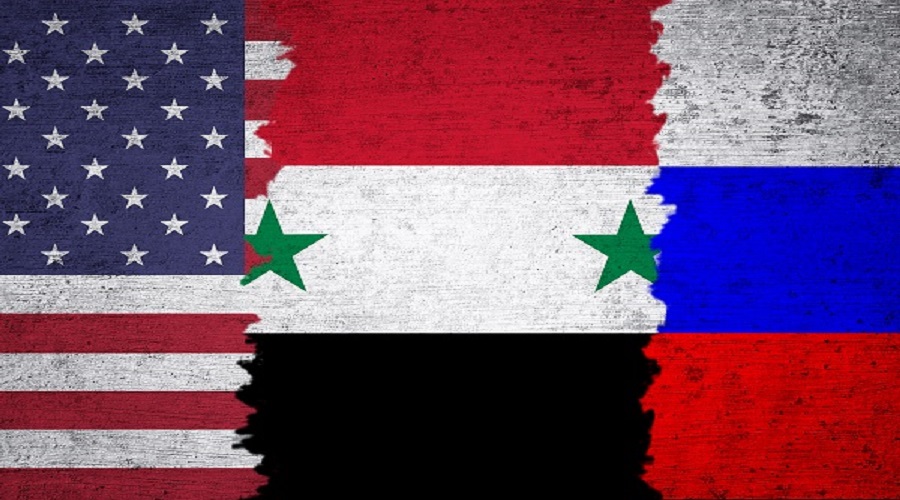 As the US and Russia continue their efforts to revive a ceasefire in Syria, hopes of an agreement are extremely tenuous given the bitter exchanges between American and Russian officials in recent days.

The situation raises a question concerning, what if Washington fails to reach a deal with Moscow over the Syrian crisis? That would enforce the Obama administration, in less than three months, to conceptualize a new Syria policy and find ways of implementing it. Those decisions would not be merely a conclusion to the Obama era but would also have major impacts on the upcoming American elections and the legacy that will be passed on to the next administration.

During the American-Russian negotiations that led to the last truce in Syria, it was noticeable that the only pressure Washington applied was the threat to withdraw from the Syrian conflict fully.

While that may seem odd for a major power with responsibilities on contentious issues across the globe, it is natural in the context of American foreign policy towards the Arab Spring since it began. Furthermore, the situation in Syria is the culmination of the American strategy of gradually retreating from involvement in complex Middle Eastern affairs, particularly those that require a high level of direct intervention - for example, the war in Syria.

As it became evident that the latest ceasefire was going to fall apart as John Brennan, Director of the CIA, said his government did not have a “magic wand” to resolve the situation in Syria. He pointed out a large number of domestic and external players in the war, Syria’s sectarian divisions and years of oppression.

That kind of rhetoric has been a constant in the Obama administration’s policy discourse regarding Syria, reflecting the fact that US policy lacks its traditional dynamism in finding an alternative to its failed policy.

However, that does not mean that Washington will completely withdraw from the Syrian conflict as it has threatened. Such an action would damage the USA’s deep strategic interests in the region, which goes beyond the complexities of the Syrian conflict and touches on global security issues, “networks of violence” and the nature of regional and international relations linked to American national security - not to mention broader matters such as Washington’s economic interests.

The current US administration has several alternatives for dealing with the situation in Syria, but they are hindered by the limited time left for the administration in office. In principle, the US cannot resort back to the UN Security Council. Every effort it has made in that forum has been blocked by a veto from Russia and China, which would likely happen again.

Nor can Washington launch an all-out military campaign that would force Russia and the Syrian regime to re-calculate, especially given that the Assad regime would be unlikely to change the military discourse it has adopted over the past five years. The US administration had increasingly turned a blind eye to its actions, even at the critical moment when the regime used chemical weapons in the summer of 2013.

With such options ruled out, the American administration can still pursue other avenues, all of which are based on regional partners and Syria’s neighbours. They all seek to change the way Russia reads the situation and how the regime acts. The Russians appear to believe that American acquiescence to their clout in Syria is only partial and that Moscow cannot achieve all of its goals there because that would directly threaten the interests and national security of US allies in the region.

As for the Syrian regime, Washington seeks to make Damascus realise that any American-Russian deal is the best thing Assad can hope for and that the regime’s relative supremacy and the open support it is receiving from Russia and Iran are dependent on American acceptance and on Washington reigning in its regional allies which back various rebel forces.

For those reasons, the American administration could resort to the following options in Syria:

1. It could lift some of its red lines on the delivery of strategic weapons to opposition forces in Syria via neighboring countries in the region, namely anti-aircraft weapons that could neutralize the Russian-Syrian domination of the airspace.

That step would be accompanied by a demand that moderate opposition forces distance themselves from extremists to ensure that the weapons would not fall into the hands of anyone other than their intended recipients.

That would be identical to the way in which states in the region acted in the weeks immediately following the Russian intervention in Syria last year. At the time, the delivery to the Free Syrian Army of armor-piercing weaponry had a clear impact in repelling advances by the regime’s army, especially in the countryside between Hama and Aleppo.

Such a step by the Americans would not prompt clear responses from regional powers and Syrian opposition forces unless Washington firmly committed to allowing areas liberated from extremist groups to be administered again by opposition forces, rather than the Syrian regime. That commitment would allow for building more trust in the American strategy, along with increased FSA coordination with the US and stronger US military influence on the ground in Syria.

2. The United States could push Israel to carry out “lightning raids” against the Syrian army and regime-allied Shiite militia forces in southwestern Syria.

That would not have a significant impact on agreements between Washington and Moscow because Syria is effectively divided into two zones of influence - Iranian in the south and Russian in the north. Furthermore, American officials are convinced that the Syrian regime and its regional allies will not take substantial steps to respond to intensified but intermittent Israeli raids, as their military capacity does not allow such a move.

In this context, one cannot rule out the possibility that American forces carry out military operations against allies of the Syrian regime, given that the latter are also listed on international terrorism watchlists - specifically Hezbollah. Such operations could be similar to those recently carried out by Israel against regime forces in the Jabal Tharda area in Deir Ezzor.

3. Politically, the United States can apply pressure by ceasing to cooperate politically with Russia on the Syrian front, and raise the level of pressure by halting cooperation on other issues of shared concern. That could reduce Russian involvement in Syria to mere military operations with no political horizons or strategic gains.

The Americans know that Russia could not face a unified front presented by countries in the region if the US did withdraw from the nitty-gritty of the Syrian conflict. Such a scenario would degenerate into an all-out war beyond the borders of Syria.

However, while it can exert pressure on Russia and perhaps to a lesser extent on Iran, Washington cannot do anything of the sort against Damascus. American officials declared five years ago that the Assad regime had lost its legitimacy and that it was responsible for most of the crimes in the country. Those declarations had no effect on the regime’s actions, nor did they weaken its ability to carry on acting in the same way. Therefore, American policy makers do not believe there is anything they can do to exert pressure on Damascus.