Implications of the battle for Jarablus 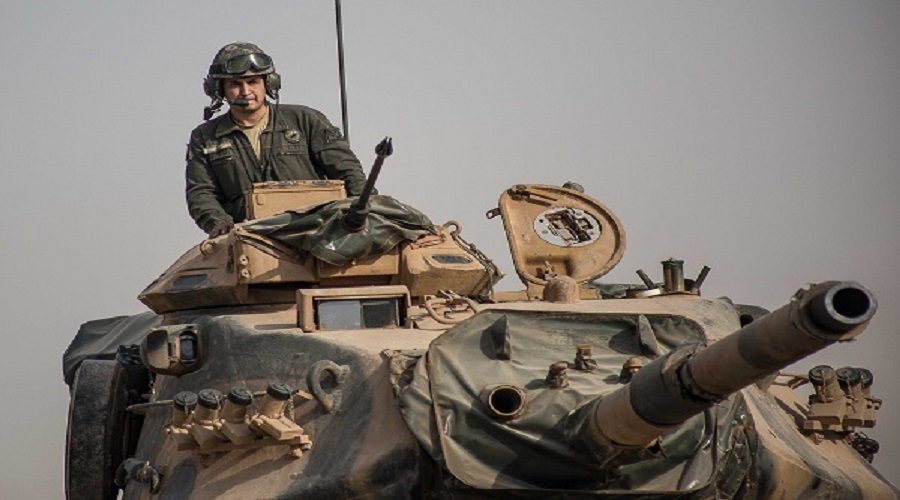 More than two years have passed since ISIS occupied the Syrian city of Jarablus on the border with Turkey. Exactly 500 years ago, on August 24, 1516—the same date Turkish tanks rolled into ISIS occupied Jarablus—the Battle of Marj Dabiq took place and the Ottoman Sultan Selim I killed the Mamluk Sultan Al-Ashraf Qansuh al-Ghawri. The victory enabled the Ottoman armies to occupy the Levant before they marched southward to Cairo after winning the Battle of Ridaniya to begin their occupation of Egypt.

Apart from the implications of its symbolic historical coincidence, Turkey's military intervention in Jarablus does raise many questions about its declared and implicit goals, the stances of regional and international powers and possible future consequences. However, the most important question revolves around what follows after the prompt battle for Jarablus, that many described it as a well-staged theatrical show.

1. The principal declared aim is to fight ISIS and force the group out of Jarablus. This became one of Turkey's core goals at the domestic level due to the escalation of ISIS's terrorist attacks on Turkish territory and bombings in the heart of major cities. Also, Turkey's border areas have also been hit by rockets and projectiles. At the regional and international levels, Ankara's political message is that it is serious in its fight against ISIS, especially in light of accusations against Ankara of supporting the group in the past.

2. The timing of the battle for Jarablus is significant because Turkey's incursion into Jarablus came after the so-called Syrian Democratic Forces, which has a majority of Kurdish militants, liberated Manbij city. That is, the Turkish military intervention is sending a categorical message that Ankara will not allow the Kurds to expand their presence to the west of the Euphrates River, in particular through the Syrian cities of Al-Bab, Jarablus, and Azaz in the Aleppo governorate. Gaining control of these towns will allow the Kurds to acquire easy access into the town of Afrin and the Sheikh Maqsoud neighborhood, thus completing the requirements for the establishment of a Kurdish autonomous region in Syria and consequently place Turkey's southern border under the control of this area and not the Syrian State.

3. Turkey's military intervention does not only revolve around fighting ISIS but also undermining Kurdish plans for a federal system in Syria. Turkey believes that this project would affect its homeland and national security and that the battle for Jarablus and its aftermath will put an end to Kurdish plans by pushing the Syrian Democratic Forces back to the east of the Euphrates River thus preventing them from linking the Kurdish-controlled areas in the north and east of Syria.

4. Another core goal for Turkey is to establish a buffer zone between the towns of Jarablus and Al-Rai along the Turkish-Syrian border. The zone which would be 70 kilometers long and 7 to 20 kilometers wide along Turkey's border with Syria will accommodate Syrian refugees and displaced people. The plan would be highly significant in the near future, particularly because of ongoing preparations to liberate Syria's northeastern city of Raqqa from ISIS where a massive flow of refugees from the city is expected.

5. Turkey wants to establish a military foothold in Jarablus and revive its old plans for creating a security buffer zone in which it would accommodate armed Syrian factions and work on re-building the Free Syrian Army on which it would later rely to fight the Syrian Democratic Forces and the Kurdish People’s Protection Units (YPG) and force the latter out of the areas it recently controlled.

6. Through achieving the aforesaid five goals, Turkey seeks to expand its cooperation with Arab states and the Kingdom of Saudi Arabia in particular, to impose new balances of power in northern Syria especially because fighting is escalating where victory is difficult for either party due to the intervention of major regional forces, and Iran in particular.

Is there a Regional-International Endorsement?

Except for the Syrian regime's reaction, as expressed by a source at its foreign ministry who described Turkey's military intervention in Jarablus as a violation of Syrian sovereignty, the majority of stances of regional and world powers showed their understanding if not approval of this intervention as part of the game of balance of power. within this context, the following facts are worth noting:

1. The Turkish military intervention coincided with US Vice President Joe Biden's visit to Turkey amid strained relations following the failed military coup. Biden's statements after his meetings with Turkish officials showed support for Turkey's military operation, especially considering that Biden requested that the Syrian Democratic Forces withdraw from Manbij to the east of the Euphrates River. His statement raised many questions about the extent of US support for the Kurds and whether the Kurds would be the scapegoat for mending the US-Turkish relations. There is even talk that the US gave an anticipated approval of Ankara's intervention as a consolation prize to compensate for the US resistance to Turkey's past efforts of establishing a buffer zone in northern Syria.

2. Based on it improving relations with Russia, Turkey must have informed the Russian leadership about its intentions in Jarablus. In addition, the Turkish-Russian understanding about the Syrian crisis began to be translated into actions on the ground, mainly because of the issue, for Russia, possibly falls within its conflict with the US over cards in Syria, in particular after the US had extended considerable support to the Kurds during their battles in Al-Hasakah governorate.

3. Iran's silence raises more than a question. In all cases, it reveals that there are secret understandings that were cooked up behind closed doors by the two countries during exchanged visits by senior officials. Turkish President Recep Tayyip Erdogan is preparing to visit Tehran where the principal goal is to arrive at an understanding of the crisis in Syria and how to decide the fate of Bashar Assad.

4. Although Turkey's military incursion into Jarablus is seen as a violation of sovereignty over an Arab city, no condemnations or denunciations were issued. The possible reason being the strained relations between Arab states and the Syrian regime. Moreover, the incursion clearly shows that Syria's sovereignty has collapsed as most border crossings with its neighbors are no longer under its control.

In any case, Turkey believes that the battle for Jarablus has significant strategic goals, the most important of which is to undermine the Kurdish plans in northern Syria that, for Ankara, is a strategic threat to its homeland and national security. Moreover, such an intervention being conducted under an international umbrella represents a recognition of Turkey's essential role in the Syrian crisis in the near future.

What is next after Jarablus?

Perhaps what will come after Turkey's military intervention in Jarablus, which Ankara code-named Operation Euphrates Shield, is significantly more important than what preceded the battle. The central question here revolves around what would come after the battle of Jarablus? Will Turkey head further south to eliminate the Kurdish majority Syrian Democratic Forces and the Kurdish YPG? Will it continue the campaign to reach Al-Bab, which became a stronghold for ISIS after Manbij and Jarablus? Is there international recognition for a wider Turkish role that would develop into a tangible role in the battle for Raqqa?

Without a doubt, the course of developments which will follow the campaign for Jarablus will not be easy. That is because the issue is part of domestic, regional and international calculations that, most importantly, should deal with the Syrian Kurds in a realistic way because Kurds are part of the Syrian reality whatever Turkey's goals might be. Otherwise, it will be a collision course with the Kurds who have become a rising force that succeeded in forging relations with the US and opened up to the Russians.

Moreover, Ankara should be aware that entering Jarablus does not mean it will undermine the Kurdish plans because the area between Manbij and Al-Bab constitutes a bridge between Kurdish areas stretching from Kobani (Ain Al-Arab) to Afrin. Also, the issue of Turkey's incursion into Syria's territory is affected by the calculations of regional and international players. That is because, eventually, these states will approve a limited Turkish role that fits Ankara's position and possibly help find a political solution to the crisis, where this role would not be so significant that Turkey can impose its vision for Syria. Based on the above, the course that Turkey’s on the ground movements will take in the coming days will offer a significant indicator to the consequences of the Turkish military intervention in Jarablus.