Why the Middle East Does Not Need a Nato-Like Alliance? 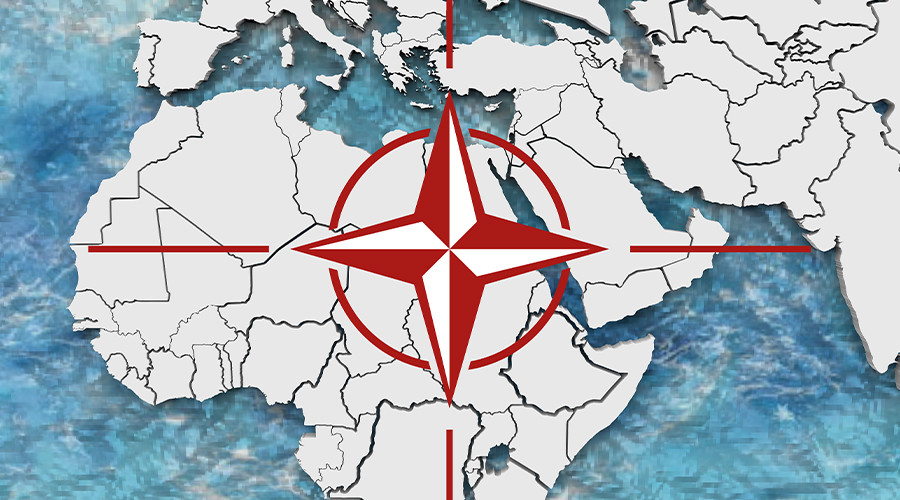 During the US President Joe Biden’s trip to the Middle East, from 13-16 July, regional and international media expected that the announcement of a Middle Eastern Nato-like alliance led by the United States was imminent. The alliance is envisaged to prevent Iran from acquiring a nuclear weapon and contain its expansionist policy in the region. The proposed alliance would include the Gulf Arab states, Egypt, Jordan, Iraq and Israel.

But Biden wrapped up his Middle East trip without announcing the Middle Eastern alliance. No mention of any talks over the alliance was made in the Jerusalem Declaration, issued at the conclusion of Biden’s talks in Israel, or the communique of the Jeddah Security and Development Summit.

Regardless of media speculations which did not come true, the idea of a Nato-like alliance in the Middle East was not basically possible for several reasons. These include the fact that the balance of power still tilts in favor of the United States and its regional allies; a lack of a US role that prepares for, and ushers in the creation of such an alliance; influential regional states have different threat perceptions, as well as availability of alternative regional and international alliances to counter Iran that are politically less expensive than the creation of such a new alliance.

Comparatively, the circumstances that dominated Western Europe and led to the creation of the North Atlantic Treaty Organization after WWII are strategically different from current circumstances in the Middle East. This alone makes it unlikely for a new alliance to be created, at least currently.

Balance of power in favor of US and allies

The United States’ withdrawal from the Middle East and its shrinking role in the region became a widespread idea in recent years. But the fact is that Washington was re-arranging its presence and priorities. Accordingly, the United States was focused mainly on serving its traditional interests i.e. protecting Israel and oil supplies in the Gulf; preventing Iran from acquiring a nuclear weapon that would pose a threat to traditional American interests; maintaining its role in combating terrorism across the region, where relevant operations are being carried out through existing heavy American military presence that is capable also of dealing with Iran if and when the need arises.

Moreover, the Washington-led Nato has expanded its theater of operations to include the Middle East where it maintains a presence in Iraq. The alliance also militarily intervened in Libya in 2011. The three Nato members Germany, France and Britain are taking part in the negotiations with Iran over its nuclear program alongside Washington.

Additionally, the United States is leading a large international alliance carrying out Operation Inherent Resolve against ISIS in Iraq and Syria, which provides Washington with an effective and well-prepared presence to deter, or intervene against Tehran if it has to, without the need to build a new regional alliance in the Middle East that would require a complicated diplomatic role that in turn would require s solution to the Israeli-Palestinian conflict. On top of this, Israel is busy fighting Iran in a low-intensity military conflict that falls short of becoming an open war over Iran’s nuclear program, its presence in Syria and the influence of its ally Hezbollah in Lebanon. In this conflict, Israel succeeded in inflicting human and material heavy losses on Iran and is well prepared to expand its operations against it.

All the above-mentioned dynamics made the balance of power tilt in favor of the United States and its allies without the need to create a new Nato-like alliance in the Middle East to counter Iran.

Perhaps, Tehran’s inability to impose full control and influence on the states in which it intervened, such as Syria and Iraq, is proof that its capabilities are too weak, and shows that its influence is being resisted in these states. The resistance comes from either internal or regional powers that are seeking to spread their influence and compete with Iran.

Moreover, the states in which Iran intervened are still weak and fragile and have not added any new strategic capabilities to enable Tehran to counter the United States and its allies. Rather, states under Iran’s influence are draining Iran’s resources while Iran itself is reeling under an international economic blockade. Additionally, Iran fails to turn its influence in these stats into a strategic asset or capability.

Overall, there is no real need for establishing such an alliance in the Middle East.

No doubt, the Gulf Arab states, in addition to Jordan, Egypt and certain political forces in Iraq view Iran’s behavior in the region, especially its military intervention in some Arab states using its Revolutionary Guard Corps, as a threat to the stability of the Middle East, and a trigger of confessional strife. Although these states agree that Iran’s policies must be contained and that its regime should be encouraged to change its behavior in the region, each involved state may separately adopt a different and independent policy to deal with Tehran, depending on its own assessment of the nature and intensity of Iranian threats.

While some of these states are internally prepared to counter Iran relying on their own resources and diversified international relations, which allow them to balance against Iran’s power, others rely on their relations with major powers, and the US in particular, to embrace diplomatic dialogue with Tehran to reach regional understandings. But on the third, and while rejecting Tehran’s behavior in the region, other states have other priorities and face other threats preceding those posed by Iran.

In short, each state relies on a relatively different approach to dealing with Iran. This reflects different views about how dangerous Iran’s policies are, and shows that a Middle East version of Nato is not needed as it requires solid homogeneity between Arab states and, in the current circumstances, untimely financial and military commitments.

On top of all this, successive Israeli governments believe that Iran’s nuclear program poses an existential threat to Israel’s future. Very often, Israel threatens to conduct a military strike against Tehran. It capitalizes on its strong ties with Washington as well as their agreement about preventing Iran to acquire a nuclear weapon to advance coordination of policies and distribution of powers, which allows some Arab states to give up the idea of a new Middle Eastern alliance.

Despite borrowing the name of the North Atlantic Treaty Organization, or Nato, to promote the idea of the much talked-about Middle Eastern version of the alliance, the circumstances dominating Europe at the time of Cold War are completely different from the current circumstances in the Middle East. That is because of the nature of the danger posed then by the former Soviet Union which seized control of all Eastern Europe as well as East Germany. The Soviet Union’s military power was almost equal to that of the United States and some of its military capabilities even surpassed those of the United States. Leaders of European countries and the United States unilaterally recognized the Soviet danger and the attempted expansion eastwards. The perceived threat brought Western leaders together in harmony, all while political communist movements were growing in Western Europe, such as Germany, Italy and France, growing close ties with Moscow, a situation that threatened to convert democratic liberal systems into communism.

No doubt, those circumstances, by nature, stand in contrast with the current threat posed by Iran, which international powers managed to degrade through years-long economic sanctions thus preventing Tehran from acquiring a nuclear weapon. Moreover, the Soviet threat prompted Western countries to ask the United States to maintain presence in Europe after the war and to convince Washington to lead Western European countries to counter the influence of the former Soviet Union. Huge diplomatic efforts were made then by Washington to establish Nato and put in place confidence and peace-building measures allowing the accession of West Germany, which previously occupied almost all of Europe except Britain, into the new alliance. Washington had to convince countries such as France to approve Germany’s accession to Nato to maximize the alliance’s benefit from its material resources and military capabilities.

This meant that the United States had to first offer reassurances to Western European countries to approve Germany as a new member, and to convince Germany to accept sovereign conditions that reduce its political independence. Germany had to allow Nato’s to take command of the German armed forces, as well as allow a European administration to take over some of its financial resources committed to war industries such as coal and iron mining.

Those huge efforts that Washington had to make for the success of Nato cannot be seen today in the Middle East, especially regarding Israel’s membership in the perceived alliance and persuasion of some Arab states into it. That is why it is hard, in the absence of an American diplomatic machine, to create such an alliance in the first place.

Based on the above, it can be said that the circumstances that enabled the establishment of Nato are not available at present to enable the creation of a Middle East version of the alliance because the size of the past Soviet threat is different from the current Iranian threat, and also because the United States, in the Middle East, is playing a role that is different from the role it played in Europe after WWII. Another reason is perhaps that some Arab states don't have confidence in the future of the American role in the region. 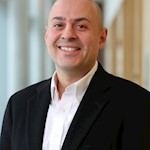