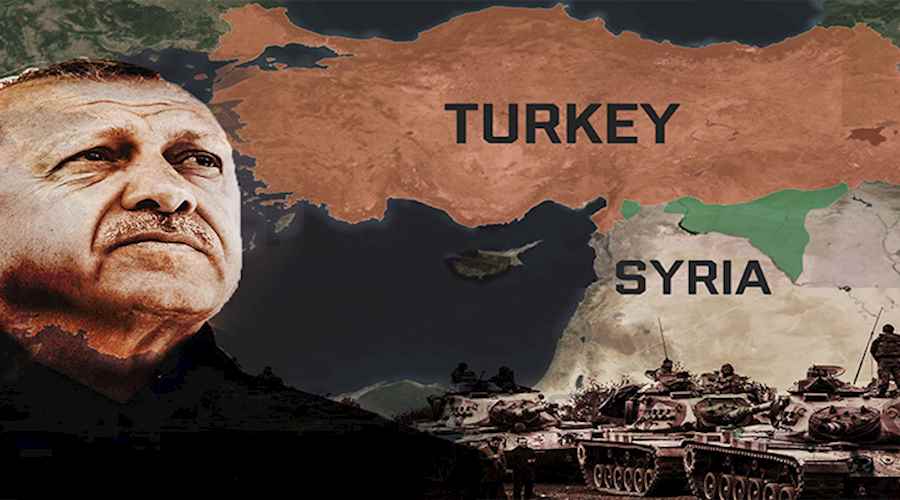 In a recent report published by Turkish newspaper, Hurriyet, unnamed sources have said Ankara is mulling over opportunities to facilitate a dialogue with the Syrian government. Sources at the Syrian Foreign Ministry have strongly denied such reports however, labelling them as mere political red herring, as Turkey’s presidential elections loom on the horizon.

The shifting sands of Turkish politics has been one of note. Seeking to navigate a rapidly changing political dynamics in the region, Ankara has been working on improving its bilateral relations with its neighbours. Under Russia’s auspice, security and intelligence coordination meetings have been taking place between Turkey and Syria, to reach some degree of understanding, and without it leading to concluding concrete agreements.

Previous contentious issues between Turkey and Syria could be summarized in the following points:

Since the Syrian civil conflict began in 2011, Turkey has refused to recognize the Syrian regime. On the one hand, Turkey has provided funds and support to Syrian opposition groups in the northern region. Several Turkish officials, including President Recep Tayyip Erdoğan, have openly expressed their support to these groups over the past years, challenging the Syrian government.

On the other hand, the Syrian government has demanded that Turkey withdraws its forces from Syrian territories, and that it stops providing support to anti-government forces. Speaking at Valdai Discussion club last February, Minister of Foreign Affairs and Expatriates of the Syrian Arab Republic, Faisal Mekdad, pointed out how Turkey’s activity on Syrian territory has resulted in denying the Syrian people access to water sources.

Turkey has put two conditions for withdrawing its troops from Syria. First, all belligerent parties must agree to a new constitution that ensures the protection of all Syrian fractions, including armed opposition. Also, Turkey has demanded a fair and democratic system must be established to have a new legitimate government, in which no political party is excluded from participating.

Turkey wants the deal amended. The agreement, signed in 1998, allows Turkey to conduct counter-terrorist operations along its borders with Syria, and within 5 km of Syrian territories – but not for long. Turkey, however, is demanding the amendment of this article to increase the range up to 35 km, in the case PKK does not cease its insurgency.

According to Hurriyet, Turkey has put forward two new conditions:

1 – Preserving the unity of Syria’s territories: That is, the Syrian government should regain autonomy over PKK-controlled regions. Whilst this is not a point of disagreement between Syria and Turkey, the reality on the ground remains that PKK is backed by US troops present in eastern Syria. Therefore, such agreement on this point is mainly contingent on US withdrawing from those regions.

2 – Allowing the return of Syrian refugees:

Turkey has demanded the safe return of some 3.7 million refugees to Syria. This may indicate Turkey is considering the practicality of allowing many refugees to return to Syria. As the 2023 presidential elections loom, there is a heightened sense of urgency to deal with the refugee issue in Turkey, especially as many of the Turkish political parties blame Syrian refugees for the ailing economy and jobs crises.

The refugee issue in Turkey often has been used as a political card by the opposition. Anti-refugee discourse became louder this year, and Erdogan’s opposition parties have employed such growing sentiment to disparage his political image as a president. Opposition leaders often try to push for policies that aim to restrict commercial activities of Syrians residing in Turkey. In January this year, for instance, leader of the main opposition, Kemal Karabulut, announced that he would return Syrian refugees to their home country if he won the upcoming elections.

Reading between the lines

The latest reports published by Hurriyet indicate that Turkey may be shifting its policy towards Syria, despite existing challenges. Previously, Turkey has demanded that Syria allow political participation of opposition in the government and the elimination of PKK insurgency along the regional borders. Yet those leaks reported did not include any points on political participation of the opposition, indicating Turkey may be changing its stance, or at least shelving this key issue with Syria, just for the time being.

The release of these reports may have served two purposes. Firstly, while Syrian Foreign Ministry denied claims presented in the reports, Turkey perhaps wants to gauge Syria’s reaction to some of the compromises it is willing to take to reproach the bilateral relations between the two countries. Secondly, these reports could be used by Turkey to press Washington to reduce its reliance on Kurdish militant groups in Syria.

These reports have emerged while Turkey increases its military operations in Syria. Such operations against Syrian Democratic Forces (SDF) and PKK insurgents include intensive drone strikes; heavy artillery shelling of Kurdish-controlled areas, such as the city of Ayn Issa and the M4 airport road areas; and airstrikes carried in northern areas of al-Hasakah Governorate. Turkey’s military activity in Syria, maintains Foreign Minister Mevlüt Çavuşoğlu, are only going to intensify in the coming period. These operations may be a way for Turkey to exert a political pressure on Washington into restricting PKK’s activity near its borders, which Ankara sees as a key national security threat.

The presence of US troops in eastern Syria limits Turkey’s ability to conduct military operation against Kurdish militant groups. Eventually, US may have to withdraw its troops from eastern Syria to shift its focus on the ongoing crisis in Ukraine, leaving behind a vacuum for Turkey to deal with. Considering such scenario, these reports could be viewed as a sign for Turkey’s willingness to work with the Syrian government to take over Kurdish-controlled regions and fill the vacuum.

Turkey is closely following the return of Syrian–Arab relations. As the heavy weight of Caesar Act pressures Syria into compromising on several political issues, US would look to ease its economic sanctions and eventually minimize its regional presence.

Turkey, therefore, wants to assess its options, and may consider shifting some of its previous policies aiming to topple the Syrian government. The lack of any international recognition of the National Coalition of Syrian Revolution and Opposition Forces (NCS) blocks the opposition’s aim to replace the Syrian regime, especially as Arab countries and China rebuild their relations with Damascus.

5 – Building on past relations:

Recent Turkish reports have revealed that, since early 2022, Jordan has been mediating meetings between high-ranking security officials representing the two countries. Moreover, communication channels through leaders of the Patriotic Party, headed by Doğu Perinçek, a close ally of President Erdogan, are kept open.

Around the same period, Syrian Arab News Agency (SANA) revealed a meeting that took place between the former Director of the General Security Directorate of Syria, Ali Mamlouk, and his Turkish counterpart, Hakan Fidan, Head of Turkey's National Intelligence Organization. The meeting was convened in Moscow was the first since 2011. Top on the agenda were key security and intelligence matters, in addition to PKK’s activity in the ‘Kurdish autonomous region’, northeast of Syria.

In conclusion, Hurriyet reports strongly suggest a shift in Turkey’s policy towards Syria. They could be read as indirect signals to both Damascus and Washington. As Ankara continues to resume its “zero problem with neighbours” policy, it anticipates the receding role of the US in the region, and the forthcoming return of Syrian regime to the regional and international stage. All of this depend on how the US presence in the region unravels in the future, and the ability of both Syria and Turkey to resolve the key and long-standing issues between them.