How the Taliban are trying to uproot ISIS in Afghanistan 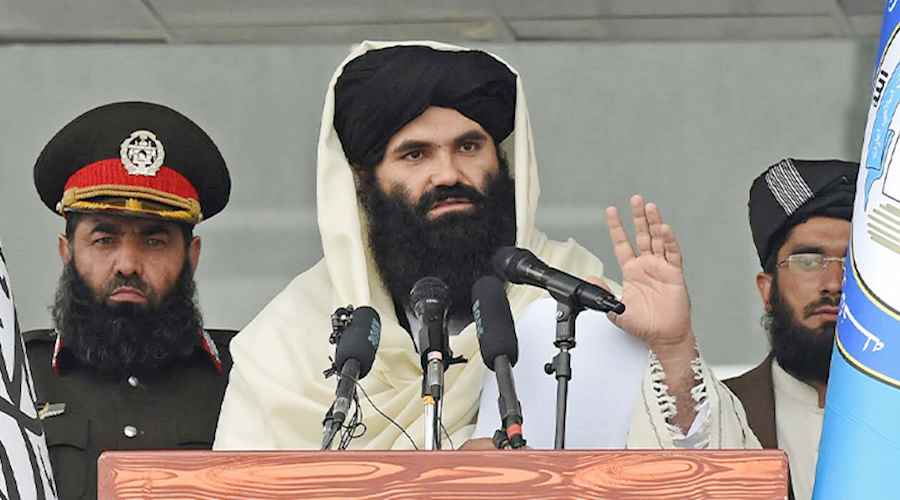 The Taliban and the Islamic State in Iraq & Syria (ISIS) seem to have shifted their focus. Latest reports coming from American security and defence intelligence agencies have indicated that, despite the US withdrawal from Afghanistan six months earlier, terrorist groups, such as ISIS and al-Qaeda are less likely to make the country a launchpad for international terrorist attacks against the West.

These reports contradicted earlier statements made by senior US Pentagon officials. They had maintained that the newly formed branch of ISIS, the Islamic State Khorasan Province (or ISKP), would launch attacks on American and Western soil as early as 12 months within the withdrawal of US troops from Afghanistan.

The US: old nemesis, new ally

Taliban’s dynamic towards the US has shifted to one that is pragmatic. It may be noted that there are two key indicators that reveal the ongoing security coordination between the US and the Taliban, which may be summarised as follows:

A Pentagon report revealed that the Taliban have restricted movement of al-Qaeda leaders in the region, diminishing the probability of launching new terrorist attacks against the West. Moreover, the Taliban have excluded al-Qaeda from participating in the caretaker government, in the hopes of gaining recognition and merit by the international community.

Yet, at the same time, the Taliban may have been allowing al-Qaeda to maintain a low-key presence, mainly to preserve the delicate relations between the two groups and to avoid alienating the more hard-line Islamists within the Taliban, if the latter abandons al-Qaeda.

Counter–insurgency has been one of the key areas of cooperation between the US and the Taliban.  Extensive meetings and signed agreements between the two since 2020 and up until after Taliban assumed power in August last year indicate the level and the sophistication of such cooperation. The goal is to nip ISKP in the bud.

ISIS strategy against the Taliban

The ferocity of ISKP has been felt since its establishment. In 2021, the militant group claimed 340 attacks, the highest since its formation in 2015. Since mid-September 2021, ISKP claimed responsibility for a staggering 127 attacks, which 79% were targeted at the Taliban and roughly 60% of those attacks were in Nangarhar. The data reveal ISKP’s strategy: to shake the Taliban’s power grip and its stronghold. Their objectives are summarised in the following:

ISKP targets Afghanistan’s vital infrastructure to paint a picture of the Taliban as weak and incapable. A government incapable of safeguarding Afghans’ basic needs and safety is one lacking in legitimacy, ISKP would hope to achieve. The militant group have claimed responsibility for 30 attacks targeting electricity towers and fuel tankers. Hitting the Afghan economy hard is the most direct way for ISKP to shake the Taliban government.

ISKP is expanding rapidly. Nearly 4,000 new members joined the group since America’s withdrawal. Playing on anti–Taliban sentiment germinating across the country, ISKP have been successful in taking in a mixed range of Afghan groups:

a. Released prisoners: hundreds of Afghan inmates fled their imprisonment following the collapse of the previous Afghan government. Estimated 2,000 to 3,000 have managed to escape, including high ranking ISKP officers such as Aijaz Ahmad Ahangar, the founder of the Jammu and Kashmir chapter, and Abu Yazid al-Qahir Khorasani, one of the group’s prominent clerks.

b. Military personnel: Reports say ISKP have attracted ex-Afghan military personnel and may have been taking advantage of their expertise in intelligence, combat, and security operations. These two groups share a common goal: an ambition to oust the Taliban regime. The added tactical knowledge to ISKP’s arsenal poses a strategic threat to the Taliban government.

c. Extremist Salafist groups: the dwindling trust between the Salafists and the Taliban has let ISKP position themselves as a trustworthy ally. In the wake of the killing of ISIS leader Abu Obaidullah Mutawakel in September 2021, and as the Taliban cracked down on Salafist communities, closing mosques and publicly executing tens of Salafist young men, ISKP have building on the brewing contempt for the Taliban within the Salafist groups to successfully recruit new conscripts.

d. Taliban members: Some extreme–leaning members within the Taliban have been disgruntled lately. Sanctions imposed on the Taliban have disrupted remunerations. In addition, the Taliban leadership have been approaching politics differently since their second ascend to power last August. They have been seemingly more pragmatic, domestically and internationally. They have exhibited leniency towards historically marginalised groups of women and Shia. These factors have given many Taliban members enough reason to abandon the Taliban and join their adversary, ISKP.

Since December 2021, ISKP have been pushing their attacks towards wider regions beyond just Nangarhar where they claimed 5 attacks compared to 20 earlier between September and November. In January 2021, however, 18 attacks were claimed by ISKP in other regional provinces, half of which were in Kabul. It has become clear that ISKP are expanding their reach.

The Taliban have devised three key strategies to counter the rapidly expanding ISKP, outlined as follows:

The Taliban have captured more than 670 ISKP fighters and have eliminated 25 bases just in December last year. While these numbers remain unconfirmed, United Nation reports indicate at least 72 killing cases could be attributed to the Taliban, including 50 of ISKP insurgents in Nangarhar. Further out of Jalal-Abad were found 150 bodies assumed to be ISKP members.

Already feeling the scorching heat of ISKP, the Taliban have been indiscriminate with their use of force. Salafist groups have become a scapegoat of sorts, falling victim to much of the arbitrary killing, thus fuelling their vengeance attacks against the Taliban.

Used by the Taliban for over 20 years in their war against the US, they have increasingly been enlisting suicide troupers into their ISKP-fighting forces. A special unit have been created, made up of smaller groups scattered across the country, to face the insurgency of ISKP.

Afghanistan remains a tribal society. Sheikhs play a crucial role within the social fabric in keeping stability or instigating insurgency. Aware of their influence, the Taliban have engaged with tribal leaders earlier this year to mediate the capitulation of nearly 50 ISKP members who had been active in East Nangarhar. According to the Taliban spokesperson, hundreds of ISKP insurgents have surrendered in the past few months. The Taliban, nevertheless, are watching ex-ISKP closely, saying they would be unrelenting in their response to those who might be tempted to go back to past terrorist activity.

In conclusion, ISKP remains one the most vicious residual resistance faced by the Taliban following the US withdrawal from Afghanistan. Countering ISKP terrorism may be the forum on which the Taliban may find a helping hand from the West and especially the US, even if for the short term.