How did Iran deal with the newly imposed American Sanctions? 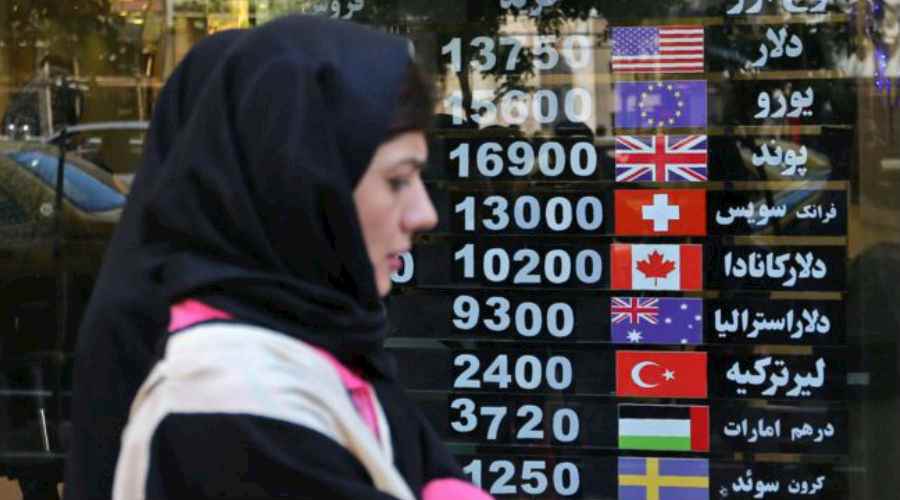 Iran is still anticipating the various alternatives that the United States may utilize to address the Iranian escalatory behavior, during the coming period. Such actions may not be limited to the new sanctions imposed on September 20, 2019 that included the Central Bank of Iran, National Development Fund and Etemad Tejarat Pars. Arguably, the procedural steps planned by the Donald Trump's administration will substantially determine the possible alternatives for the Iranian reciprocal behavior/ which Iran may rely on.

Iran rushed to send several massages, attempting to point out that the new penal procedures imposed by Washington will not drive Iran to change its policies. In fact, this may be explained in the light of various considerations, the most prominent of which are the following:

1. A Variant Interpretation: Despite that, there is a prominent trend in Iran foreseeing a possible military confrontation with Washington, in the light of the ongoing escalations between both parties and the threats by the Iranian Revolutionary Guards officials; others perceive that Washington’s reliance on sanctions signals that the military option might not be adopted by the US. Such a trend is interpreted domestically, as an enhancement of the Iranian position, which may result in adopting further escalatory measures, aiming at minimizing the impacts of the American sanctions.

In this context, the Governor of the Central Bank of Iran, Abdel-Naser Hemmati, commented on the newly imposed sanctions on September 20, 2019, stating that “the US government’s re-boycott of the Central Bank shows that they have come up empty-handed in finding new ways to pressure Iran.”

2. Priority for Negotiations: The recent trend indicates that the US Administration still perceives that it is necessary to adopt a diplomatic mechanism for settling the unresolved disputes with Iran. Such disputes include the Nuclear Deal, the Ballistic Missile Program and the regional role. Negotiations to resolve such disputes can either be held secretly and confidentially to reach a bilateral arrangement, then presented publicly, which was the approach adopted paving the way for the  nuclear Deal to be concluded on July 14, 2015,  or through seeking a mediator, such as France.

3. Aid Suspension: According to the Iranian viewpoint and Iranian Officials' statements; Washington's main objective of imposing the new sanctions is to obstruct or reduce the financial aid provided by Iran to its regional allies, whether to the Syrian President Bashar al-Assad’s regime, or armed militias in other conflict-torn states.

4. Issues of pressure: Iran may not differentiate between the possible reactions from Washington during the coming period, and the latter's preoccupation with other international and regional issues of major concern. Such issues include the hindered negotiations between Washington and the Afghani Taliban Movement, and turbulent bilateral relations with Turkey. In addition to that, the ongoing trade war with China and the negotiations with North Korea that failed to reach significant results that may allow concluding an agreement between Washington and Pyongyang.

Thus, it was remarkable that Iran recently sought to maximize coordination and cooperation with some of these parties. It has been noted that, on September 17, 2019, Iran announced holding talks with a delegation from Taliban that visited Iran recently. It is probable that the recent talks focused on the upcoming negotiation rounds between Taliban Movement and Washington, particularly. This may not only affect the Iranian influence in the Afghan crisis, but also provides another escalation front with Washington, considering that, it is currently trying to build on its territorial influence, as a leverage against the American pressure and sanctions.

Feryal Mustawfi, a delegate member in Tehran Chamber of Commerce and Industries, stated on September 17, 2019, that Iran and China have executed contracts with a value estimated at 400 Billion USD. Based on these contracts, China will be awarded commercial deals with Iran, without participating in tender processes. The Iranian government will further provide China with oil prices’ discounts ranging from 20 to 30 per cent.

The main object definitely is to drive the Chinese companies to fill in the gap created by Western companies' withdrawal from the Iranian market, due to the US sanctions. The aim of such investments is to help Iran minimize the severe economic consequences of those sanctions.

According to some estimates published on September 11, 2019, the sanctions imposed by Washington at intervals, led to significant decline in Iranian oil exports, which reached 200 thousand barrels, down from more than 2 billion barrels a year ago.

In such a context, it could be concluded that the actions to be taken by the US to deal with the Iranian threats, shall include the key variable that will limit the escalation between Tehran and Washington. It shall further affect the alternatives that may be used by each party during the coming period. In other words, the American policy towards Iran is experiencing a tough stance at present that will have a direct effect on the paths to which the Iranian reactions may be directed.