Why do Qatar and Turkey oppose designating the Pasdaran as a terror group? 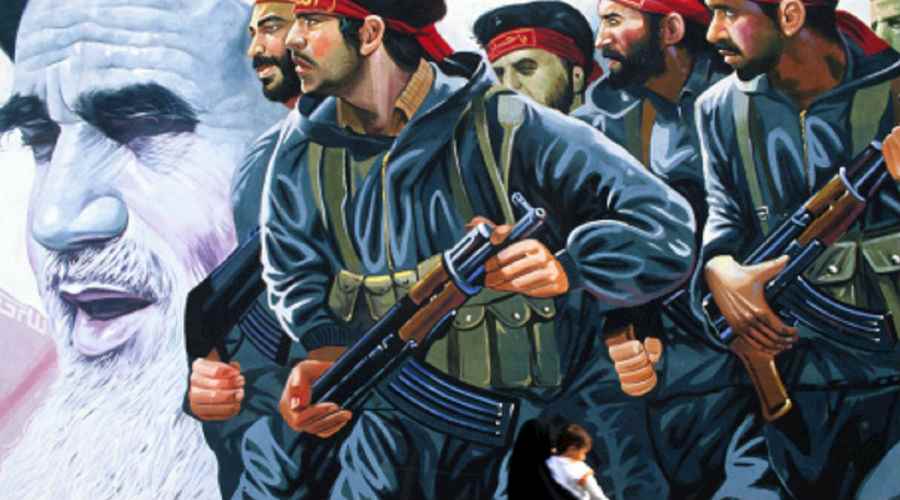 Qatar and Turkey were quick to express their opposition to the US designation, on April 8, 2019, of the Islamic Revolutionary Guard Corp (IRGC) as a foreign terrorist organization. This stance cannot be separated from Doha and Ankara's perception of the repercussions that such a move could have on their position on various regional crises or the bilateral relations with Iran, which appear to be heading toward difficult challenges. The most critical of these challenge are the continuous pressures it faces at home and abroad. This could spell serious problems for Qatar and Turkey if they insist on siding with Iran in the coming period.

The support provided by Qatar and Turkey to Iran amid the recent US decision can be read in light of four main considerations:

1- Similarity of mechanisms: The three states employ similar mechanisms to consolidate their presence in the region, as they do not hesitate to interfere in the internal affairs of other countries, in particular by establishing relations with non-state actors, and by supporting certain terrorist and armed organizations, as evident in Syria, Lebanon, Yemen and Iraq.

If we hypothetically suppose that Doha and Ankara have adopted a different stance, which is to support the US move, this would mean that they condemn their own policies, which are largely similar to Iranian policy.

2- The “price” of alliance: The Iran-Qatar-Turkey alliance allows limited options for the three countries, always pushing them to support each other. The decision of Doha and Ankara to oppose the designation of the Pasdaran as a foreign terrorist organization, is the most recent step, which has been preceded by several ones.

On August 15, 2018, Qatar provided support to Turkey, injecting investments amounting to $15 billion, during the latter’s currency crisis, amid the heightened tension with the US following the diplomatic row over the detention of the American pastor Andrew Brunson.

Prior to that, Iran and Turkey have showed support to Qatar in the face of the resolutions adopted by the anti-terror and pro-stability Arab Quartet on June 5, 2017.

3- Economic interests: Both Doha and Ankara recognize that the IRGC is not only a military institution, but it rather constitutes what can be termed an “economic empire” that engages in large-scale activities inside and outside Iran. The IRGC has its economic arms, such as the “Khatam al-Anbiya” construction company, which numerous estimates suggest that it oversees the activity of more than 800 firms implementing projects at home and abroad, with an average of 635,000 employees, including 135,000 permanent employees and 500,000 temporary employees.

This massive activity can cause many problems, especially for Turkey, which relies on its economic relations with Iran, as Iran is its major trading partner. The two countries seek to boost the volume of bilateral trade from $10 to $30 billion. Almost all visits by the two heads of state have witnessed signing more economic agreements aimed at reaching this target.

Therefore, the recent US decision will create new realities on the ground, without a doubt, affecting the level of economic cooperation, especially as the new sanctions will pose obstacles to doing business with the IRGC’s companies, since this crosses the “red lines” set by the US administration. "If you are doing business with the IRGC, you will be bankrolling terrorism”, President Donald Trump said.

That may help explain why Turkey has been keen to avoid exacerbating tension between Iran and the international powers. That is why Ankara, in partnership with Brazil, had previously proposed an agreement to resolve the crisis over Iran’s nuclear program on May 17, 2010, before Iran and the “P5 + 1” group reach an agreement on July 14, 2015.

In addition, Turkey opposed the re-imposition of US sanctions on Iran after the withdrawal of the US from the nuclear deal on May 8, 2018, and declared that it would not abide by it, which could widen the differences with Washington, particularly if the latter did not renew the waivers granted to eight countries importing Iranian oil, including Turkey, in next May.

Most importantly, numerous indicators reveal that Turkey has helped Iran in its sanctions-dodging scheme prior to signing the nuclear deal. A case in point is the money laundering operations revealed by the case of the Turkish-Iranian businessman, Reza Zarrab, who pleaded guilty, after becoming the US judiciary’s star witness in the case, in a complex regional trade that was aimed at boosting Iran’s efforts to circumvent international sanctions through the Turkish Halkbank. This prompted the US judiciary to convict Mehmet Hakan Atilla, deputy director of the Halkbank, on 3 January 2018, of dodging the US sanctions on Iran between 2010 and 2015.

4- Security cooperation: The escalation of tension between Iran and the US following the recent designation may disrupt the plans of Qatar and Turkey and hinder continued security cooperation between them, particularly in crisis-ridden states, foremost among them Syria.

Although Qatar has ostensibly adopted a policy that contradicts Iran’s in Syria, supporting organizations and forces opposed to the Syrian regime, it has not hesitated to reach security understandings with Iran, such as deals for the exchange of prisoners involving several terrorist organizations, such as Hezbollah and al-Nusra Front.

The most notable example for this is the Four Towns Agreement (Madaya, Zabadani, Kefraya and Foah), which was concluded on 12 April 2017, removing the fighters and civilians from the Shia towns of Foah and Kefraya in exchange for the removal of fighters and civilians from the Sunni villages of Madaya and al-Zabadani. The deal was an extension of another agreement between Qatar and Iran that led to the release of Qatari abductees in Iraq.

Likewise, for Turkey. The contradiction, ostensibly also, between the Turkish and Iranian policies, has not prevented the two countries from upgrading their security and political coordination, as evident in their continued participation in the so-called Astana Path with Russia. They also reached understandings to address the developments in northern Iraq, especially in the post-referendum period held by the Kurdistan Regional Government (KRG) on September 25, 2017.

In conclusion, the Iran-Qatar-Turkey alliance will likely face several challenges amid the mounting tension between Washington and Tehran.