Impact of the Battle for Idlib on the Syrian Conflict 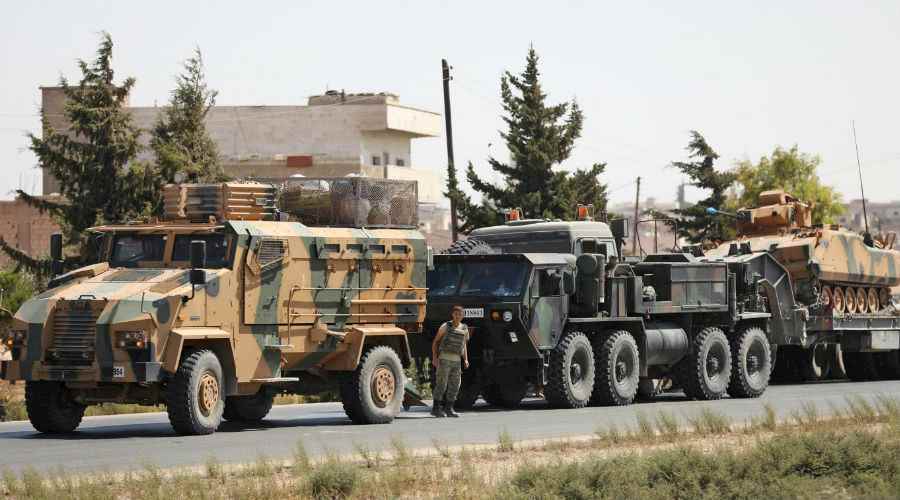 Idlib has been the delayed battle in the Syrian conflict throughout its various stages, but this seems to be coming to an end, as many indicators reveal. For example, Russia, for the time being, is keen to resolve Idlib’s issue which would reinforce the specter of military intervention. Moscow indicates that there are no options left for the parties to the Sochi agreement, pointing also to the difficulty of implementing its terms. The 10 points-agreement has not achieved its purpose for five months, given the terrorist organizations’ control over the area, in particular al-Nusra Front. This happens amid lack of actions from the Turkish side, which has threatened, more than once, to deter those who jeopardize the agreement, which compelled it to agree, ostensibly, with the other parties on launching a military offensive in Idlib. Despite the challenges and consequences of this option, it is the scenario that looms large over the Syrian scene at present.

Moscow does not admit the failure of the Sochi agreement on Idlib, reached on September 17, 2018. The fourth Sochi Summit, held on February 14, during which Idlib’s issue dominated the trilateral talks between Moscow, Ankara and Tehran, focused on the fact that the agreement was temporary and faltering. It was an attempt to evade admitting its failure to achieve the desired goals, especially as it shows the extent of terrorist organizations’ control over Idlib, which hollows out the agreement, which aimed at establishing a de-scalation zone. This prompted Russian President Vladimir Putin to assert that such situation is intolerable and that the agreement cannot undermine the anti-terrorism efforts in Syria. Iranian President Hassan Rouhani echoed this stance at the recent Sochi meeting, noting that Hayat Tahrir al-Sham, dominated by al-Nusra Front, had prevented the full implementation of the agreement, pointing to the need for Tehran, Moscow and Ankara to double down on their efforts to implement it.

Based on the developments on the ground and the vision of the parties to Sochi on the status of the agreement, it has become extremely difficult to maintain it. Russian presidential spokesman Dmitry Peskov pointed out, in a recent interview with the Turkish daily newspaper Hurriyet, that the military operation in Idlib has become inevitable, referring to the difficulty of relying on terrorists in a deal with them in Idlib: “We should not hope to make a deal with the children of Ahrar al-Sham. That is a false hope, they are terrorists, they are al-Nusra, they are the children of al-Qaeda. It does not matter whether or not they change their names”.

The parties to the Sochi understandings have divergent positions. While Iran has clearly supported Russia’s military option on the developments in Idlib, Turkey has been keen to adopt a vague stance, with Turkish President Recep Tayyip Erdogan endorsing a military campaign involving Moscow and Tehran “at any time depending on the developments”. However, this consensus poses numerous problems, the most important of which are:

1- The civilians’ dilemma: Because Idlib has about 3 million people, many parties warned of the possible repercussions of military intervention on civilians. Hence, Russia signaled that the military intervention will depend on a “step-by-step” mechanism rather than the carpet bombing as carried out in Raqqa, meaning the military operation will try to avoid harming civilians. However, it is striking that, even if the joint forces that could launch that operation were to avoid, to the extent possible, those caveats, terrorist organizations dominated by al-Qaeda would attempt to use civilians as bargaining chip, a likely prospect, particularly after numerous international reports indicated that these organizations are heavily using mines, which can result in significant casualties.

2- The role of armed opposition: Since the agreement entered into force, Turkey did not show serious reactions to the violations committed by armed organizations, simply threatening that it would not tolerate repeating any of them, which did not occur in the end. On the other hand, Russia and Iran use such violations to justify the need to adopt the military option. However, the key disagreement may be about the position of various parties on involving the armed opposition in the potential operation. Moscow and Tehran have not only showed reservations over any potential role for the armed opposition in this operation, but also called for consolidating the Syrian regular forces’ control over all Syrian territory. This means that Syrian regular forces will have a role both in military operations and during the next phase, which Ankara rejects.

3- The situation in the east of the Euphrates: The completion of military operations in the eastern Euphrates and the declaration of ISIS defeat, in conjunction with the withdrawal of the US troops, may compel the concerned parties to put forward their vision of the deployment plan and security arrangements in those areas, which may affect the military action in Idlib. This is particularly important considering the Turkish interest in preventing the Kurdish militias from exploiting their role in the war against ISIS to achieve strategic gains in the coming period.

Accordingly, it can be argued that the prospect of the battle for Idlib in the coming period is gradually increasing, especially since the area has turned into what resembles a “reservoir of terrorist organizations”, which control most of it. Therefore, it may be the fiercest battle in the Syrian conflict, particularly for Russia and its allies. However, some parties may come up with “deals” to avert the repercussions that the military option could have on the balance of power and possible trajectories of the Syrian conflict in the coming period.