How Does the “Past” Still Influence Middle East Dynamics? 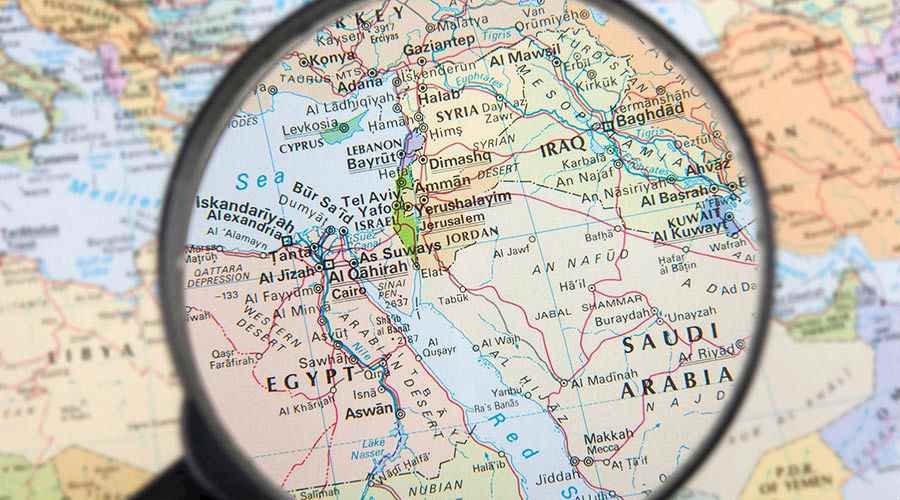 Remnants of the past have become one of the drivers of the region’s interactions in 2019, via various forms, such as the call to restore membership of some organizations after it has been on a freeze for years, sending messages of resistance through arts and music, eruption of student protests over the policies of the existing governments, and betting on the networking of economic interests at times of international sanctions and wars.

There are several indicators of the continued influence of the past on the Middle East interactions, the most salient ones are as follows:

1- The raging controversy over the “T-shirts” of the Syrian football team, which participates in the AFC Asian Cup 2019 held in the UAE. The issue has sparked off a great controversy among Syrians on social media, given a trend in the media that says the T-shirts were made in Turkey, which the Syrian regime deems a “hostile state”.

The Syrian government came under criticism because this incident comes at a time when the Syrian ministers and officials speak of encouraging the national industry, touting the high quality of Syrian-made products. Another issue that drew criticism is the inappropriate design of the T-shirts, as the eagle is placed below while other national teams are keen to highlight their symbols in a remarkable way.

“The contract with the German company JaKo for T-shirts corresponded to the regulations in force three years ago”, the Syrian Football Association said in a statement. It simply announced the name of the company that was contracted and did not mention whether the T-shirts were made in Turkey or not. It should be noted that the Syrian regime’s stance towards Turkey has not changed, because the latter has been one of the key regional powers seeking its overthrow over eight years.

On the other hand, the Turkish stance, against the Assad regime, has recently seen a shift as evident in the remarks of Turkish Foreign Minister Mevlut Cavusoglu, during the Doha Forum in Qatar on December 16, 2018. “if it is democratic election, and if it is a credible one then everybody should consider (working with him)”, adding that “At the moment, we are trying to draft a constitution that the Syrians themselves will write, then prepare the country for elections. The elections should be held under the aegis of the United Nations and its umbrella”, Mevlut Cavusoglu said.

2- Conflicting reports about banning Mehdi Yarrahi (Arab from Ahvaz), one of the most prominent up-and-coming Iranian singers, who is known for his activism through art, from the artistic activity days after releasing his anti-war ‘Pareh Sang’ song, which calls for renouncing the war and promoting peace, according to Etemad, an Iranian newspaper, on January 2, 2019.

The song is critical of the Iraq-Iran war and sheds light on the sufferings of the Arab regions, from which he hails, which witnessed battles between the two countries in southwestern Iran. What confirms that he was banned from performing is the attack by media outlets close to the Iranian Revolutionary Guard Corps (IRGC), which considered the video clip as “appalling attack on the beliefs and values of the holy war”.

In this context, it should be noted that Yarrahi succeeded in striking a balance between the private and public tastes in his music, which helped expand his fan base, especially after his works, in which he alluded to empty barrels of oil, pollution and dust storms in the south, reflecting the suffering of Arabs in south Iran.

3- Launching a new phase of cooperation between Jordan and Iraq at different levels, leading analysts to argue that Jordan will be the primary option for Iraq to deal with the new realities in the aftermath of US sanctions on Iran, similar to earlier circumstances, especially during the Iraq-Iran war.

During the visit of Jordanian Prime Minister Omar al-Razzaz to Baghdad on December 29, 2018, the two sides agreed to raise the level of bilateral relations. Al-Razzaz headed a high-level delegation that included ministers of Municipal Affairs, Transport, Industry, Trade and Supply, minister of state for Information and Communications Technology, as well as the minister of state for Energy and Mineral Resources

The first visit by a Jordanian official after Adel Abdul Mahdi’s appointment as a prime minister in Iraq in last October, reflects a joint effort to confront the US sanctions against Iran. Iraq is expected to enlist the help of Jordan to meet its needs for various materials, which Iraq may be unable to import from Iran under the current US sanctions. In addition, the two sides agreed to use the Jordanian port of Aqaba as one of the Iraqi oil export platforms in the coming period.

According to the communique, the two sides agreed to open the Jordanian-Iraqi border crossing (Karama-Trebil) to transport the perishable goods starting in early February, and to include the remaining types of goods at a later stage. It was also agreed to grant the goods imported through Aqaba port a discount of 75% of the fees charged by the Aqaba Special Economic Zone Authority (ASEZA).

Moreover, the Iraqi Airways and Royal Jordanian Airlines concluded an agreement for cooperation in various fields, including aviation and air transport. The two sides agreed to finalize the allocation of the agreed-upon land on the Iraqi-Jordanian border to reach a depth of 2 km on both sides of the borders and a length of 6 km of the Jordanian-Iraqi industrial zone, as well as granting it the necessary exemptions in order to prepare the technical specifications of the Jordanian-Iraqi industrial zone.

4- Syrian attempts to restore its Arab relations after years of alienation in the aftermath of 2011 events, sparking off a widespread controversy over the possibility of Syria’s return to the Arab League. Numerous analysts have attributed this controversy to the recent developments in Syria, as the Syrian Army regained control of two thirds of Syrian territory.

5- Taking action against groups supporting the practices of previous regimes, as in the case of the Iraqi University of Anbar. It suspended several students for one academic year after drawing up a sketch of former Iraqi President Saddam Hussein at the Faculty of Agriculture at the anniversary of the university foundation, according to the remarks of the university president, Khalid Batal al-Najm, at the end of last December. The university said that “such behaviour constitutes a corrupt promotion of criminal ideology, which destroyed the country and dragged it into war and tragedies”.

It is not clear yet whether the students will be prosecuted under the provisions of the De-Baathification Law, which stipulates that any attempt “to engage in any political or intellectual activity that would encourage, promote or glorify the ideology of the Ba’ath Party or encourage its affiliation” is punishable by imprisonment for 5 to 15 years.

This incident was not the first of its kind, previous ones happened in Karbala governorate, where protesters chanted in early 2018 “long live Saddam Hussein”, to protest the performance of the current political elites and the poor conditions of water and electricity services,  and the most fundamental rights of the Iraqi citizen.

The Past of the Future

In short, what some writings suggest as a new history of the Middle East in 2019 is not accurate in its entirety. Events in previous years will continue to shape the Middle East interactions, to varying degrees and forms, and according to various situations. Such influence may affect different actors starting from states through armed militias to individuals. Real history is not the past as much as the future, which will entail variables associated with memories and precursors of old transformations.