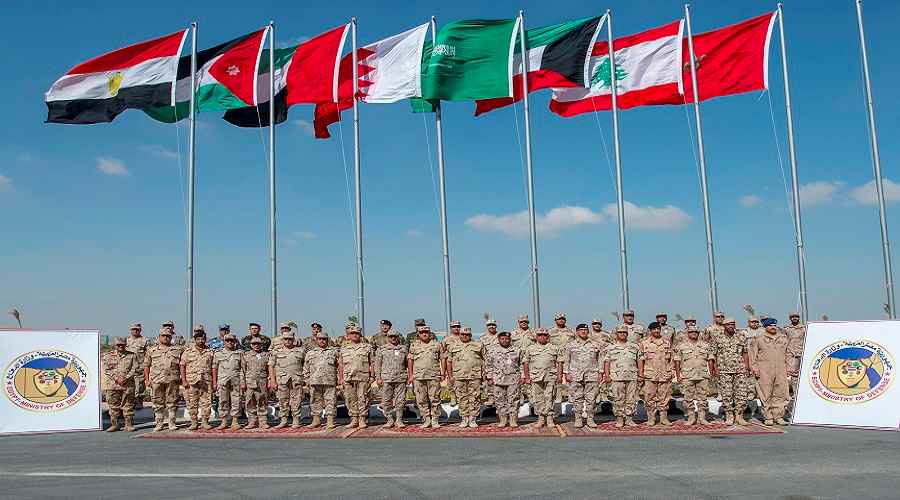 The Arab tour of the Saudi Crown Prince, Mohammed bin Salman, who visited the United Arab Emirates, Bahrain, Egypt, Tunisia, Mauritania and Algeria from November 23 to December 3, 2019, can be seen through different lenses of analysis. The most intriguing one is security cooperation, given also his Minister of Defense role. The implications of this visit will further impact the UAE, since the Saudis and the Emiratis are jointly engaged in the promotion of new regional security architectures.

As a matter of fact, the Crown Prince’s tour started few days after “Arab Shield 1”, the massive land-air-water joint military drills held in Western Egypt and joined by Saudi Arabia, the UAE, Kuwait, Bahrain, Egypt and Jordan (with Morocco and Lebanon as observers). For the first time, a number of Arab armed forces gathered to carry out comprehensive military exercises, defense cooperation and inter-operability, represented goals and messages at the same time.

Riyadh and Abu Dhabi are consistent donors of the “G5 Sahel”, the regional organisation encompassing Mauritania, Burkina Faso, Chad, Mali and Niger, as well as they are the leading forces of the “Middle East Strategic Alliance” (MESA), the United States’ suggested security alliance to counter the influence of Iran and its network of militias in the region. Both the G5 Sahel and MESA were, implicitly, at the centre of the Crown Prince’s Arab tour, testifying how much Arab multilateral defence cooperation and emerging security architectures have been gaining momentum in regional politics. During the 39th Annual Summit of the Gulf Cooperation Council, held in Riyadh on December 9, King Salman of Saudi Arabia put regional security cooperation at the top of the shared agenda to counter terrorism and Iran’s expansion, as outlined also in the final and joint Riyadh Declaration. In all these military formats, the formal or informal role of Egypt is pivotal, especially for counter-terrorism, as Cairo joined the Islamic Alliance Against Terrorism in late 2015.

Egypt is a political and security pillar for the Arab nations, especially for the Gulf partners: on several occasions, Gulf monarchies’ leaders have underlined this close interdependence. Notwithstanding relations sometimes dialectic, Egyptians and Saudis perceive the Sinai Peninsula, the Red Sea area and the Suez Canal as part of a shared perspective of national and security interest. These territories are critical not only for the development of infrastructural projects and new cities, such as NEOM, but they are also part of a common, geo-political vision of the Red Sea as region, increasingly threatened by Sinai’s instability and the Yemeni war. In fact, any strategic investment in the Red Sea should include a securitization/stabilization path along the geopolitical axis encompassing the Eastern Mediterranean, the Sinai Peninsula, the Red Sea and the Horn of Africa. During the visit of the Saudi Crown Prince to Cairo, the 5 billion dollars project for the “King Salman Causeway”, linking the Saudi city of Tabuk with Sinai via the Aqaba Bay, was re-launched: this would turn these interdependent zones into a single macro-region based on shared economic and security interests. In this context, “Arab Shield 1” is a first step along this path, although the position of Egypt regarding establishing permanent military alliance is not clear yet.

In the Maghreb-Sahel region, Saudi Arabia’s antagonism with Iran is certainly less intense, if compared with the Levant. At the same time, the Saudi-Emirati rivalry with Qatar and Turkey has been still producing effects at a local level, as confirmed during Mohammed bin Salman’s recent regional tour, with Libya representing the most evident case. Looking at security cooperation, Mohamed bin Salman’s visit to Mauritania was a remarkable step: in 2017, Riyadh and Nouakchott signed a first-ever military cooperation agreement. Mauritania is an influential player in the G5-Sahel, whose latest summit was held in Nouakchott on December 6: the Saudis and the Emiratis are betting on this regional organisation not only for security reasons, but also to widen their influence along the Saheli belt. In December 2017, Saudi Arabia promised 100 billion dollars for the establishment of a G5 joint force to fight against terrorism in the region (the UAE pledged 30 billion dollars), a promise reiterated during the recent summit in Nouakchott. For Riyadh and Abu Dhabi, this security organisation is a tool of influence in such a volatile, but crucial region; moreover, it is also a way to deter any rival from gaining a foothold in the area. In exchange for the financial support, Saudi Arabia is bringing into alignment Sahel countries’ policies, distancing local players from its major contenders. For instance, Chad, Mauritania and Niger severed diplomatic ties with Qatar in 2017. The Chadian President, Idriss Déby, went further accusing Doha of hosting his main rival Timan Erdimi, leader of the Union des forces de la résistance (UFR).

MESA is still a “work in progress” initiative and the G5 Sahel is not fully operational yet. However, the road towards enhanced security cooperation in the MENA region has been taking shape, with Saudi Arabia and the UAE as leading forces. Military to military cooperation and interoperability, as testified by “Arab Shield 1”, are the only way to technically support a (geo)political strategy based on the regionalization of security assumption.  In the defence domain, time is ripe for strengthened ties: Gulf monarchies understand now the value of military self-reliance, and has tested it in Yemen. Moreover, many Arab armed forces have collapsed due to the civil wars and need to be rebuilt and trained to face post-conflict challenges and reconstruction. The United States’ current administration is friendly with the Saudis and the Emiratis, but at the same time, Washington has never been so reluctant to engagements abroad, especially in the Middle East. Russia, China and even India can be other actors to differentiate defence procurements, but they could not represent alternative security providers for the Gulf at least in the short term. From jihadi terrorism to Iran, threats are multiple and risky for the Arab region: the question is whether common threat perceptions will prevail on national interests and sometimes on selfishness, or not.