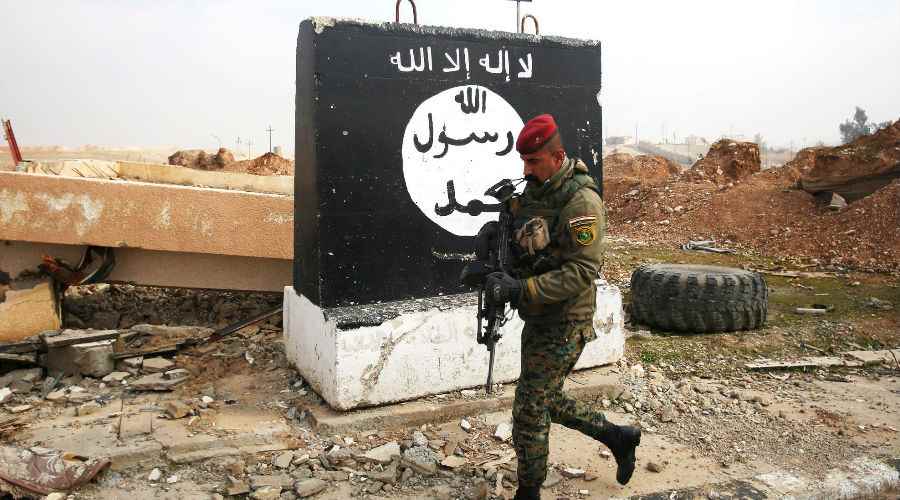 Despite that ISIS may have dealt with heavy blows, whether in the previously-dominated areas or the emerging ones, it is still able to stage terrorist attacks by employing various tactics, key among them the “lone- wolves” and “sleeper cells”. This has been evident in the recent terrorist operations in many countries, such as Tunisia and Morocco, as well as several European countries, which ISIS have threatened to target by using explosive belts, car-ramming and stabbing during Christmas holidays. Notably, some of such attacks have been carried out using tactics and methods that have not been widely used in the past. This raises questions about the ideological transformations that ISIS, its sleeper cells and sub-groups may have witnessed, given the new realities brought about by the war on the organization.

Recent terrorist operations in Arab and European countries indicate that some of the terrorists who carried out these attacks have quickly moved from the mere intellectual affiliation to the practical application of ISIS’ approach, a norm adhered to by most of those who joined the organization. This is because they deem their allegiance to ISIS remains incomplete unless they put that ideology into practice.

Indeed, these operations reveal the imminent threat that could be caused by the so-called “ISIS sub-groups”, which the organization may come to rely on more often in the coming period. It was remarkable, for example, that the Moroccan authorities’ announcement that one of the four suspects in the terrorist attack, which killed two European tourists (Norwegian and Danish), was a known radical and that he had been arrested in 2013, on charges of involvement in recruiting young people who want to move to the countries and regions where ISIS is active.

ISIS may head to step up the activity of these groups, if it is unable to establish organizational structures or branches in some countries. This was evident in ISIS’s call, through a new video posted online on December 24, for its members and supporters to “hide among the people and target gatherings during Christmas celebrations in European countries in any way possible, by explosive belts, vehicle-ramming and stabbing”.

Numerous analysts point out that the recent terrorist attacks reveal new patterns. The most important of which is that some ISIS-affiliated groups have begun to cross the boundaries set out by the ISIS in their activities in Iraq and Syria, regarding how certain terrorist operations are carried out. This suggests that more violent terrorist groups may emerge in the upcoming period.

On the other hand, this development could lead to disagreements not only between ISIS and other terrorist groups, but also within the organization itself, due to the outstanding differences over the mechanisms for dealing with the pressures and military strikes and its relations with other terrorist organizations.

Such possibility may increase with the growing use of this new pattern of terrorist operations carried out by some of ISIS sub-groups and cells. It may help ISIS to attract more terrorist elements, both those who have not previously joined terrorist organizations or those who are already active within some terrorist organizations, chiefly al-Qaeda, which has begun to strengthen its influence in some areas, such as the East African region.

Video footage of operations carried out by various terrorist groups demonstrate that the leader of ISIS, Abu Bakr al-Baghdadi, still wields a considerable influence over the organization, despite all the blows and defeats it has faced in the past period, as all such groups were keen to pledge allegiance to him in these footage.

This may reveal that pledging allegiance to the leader of the main organization is one of the prerequisites for joining it. This influence may undermine other groups and sub-organizations; some groups that carried out terrorist operations, outside Syria and Iraq, declared their allegiance to al-Baghdadi only, not the leaders of the sub-organizations in their regions, such as ISIS in the Sahel and Sahara.

Accordingly, this influence may trigger a sudden crisis in the organization because disagreements over a successor to al-Baghdadi, who may be eliminated from the scene at any time, could provoke conflicts over leadership within the organization. That would weaken ISIS or lead some cadres and elements to split and join other organizations.

Against this backdrop, the coming period may witness new patterns of terrorist attacks, carried out by ISIS or its sub-groups and sleeper cells, in different parts of the world. This, in turn, calls for the need to broaden security cooperation between international and regional powers to fight ISIS to erode its ability to implement such operations.