Will the Sleeper Cells Make a Comeback to Tunisia? 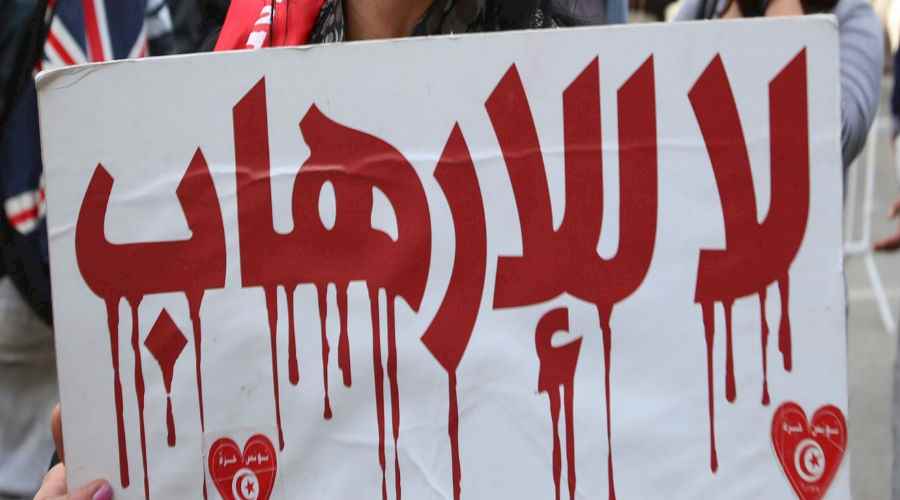 The suicide bombing in Tunisia which occurred near a security patrol on Habib Bourguiba Avenue in the Tunisian capital, on October 29, 2018, injuring 20 people, including 15 policemen, marks a new shift in terrorist operations in the country. The latest terrorist operation was carried out in November 2015, when ISIS targeted a security patrol in the center of the capital, which suggest that the repercussions of the defeats of terrorist organizations, particularly ISIS, in both Syria and Iraq, began to spill over to Tunisia, which showed particular interest in the developments of military operations against these groups, and has increased the level of coordination with the many international powers involved in confronting them.

The suicide bombing in the Tunisian capital has many implications, key among them are:

1- A new precedent: Carrying out the attack by a woman is a new precedent in the terrorist operations in Tunisia. It may indicate either the return of Tunisian women, who have been recruited by ISIS in recent years, to the country, or a real crisis facing terrorist organizations, due to the decline in their human capabilities as a result of the defeats and blows they suffered in the recent period.

2- Consequences of political polarization: Strikingly, the latest operation coincided with the exacerbation of lingering differences between the various political forces, notably Nidaa Tounes and Ennahda. The former accused the latter of “continued attempts to control the various levels of the state power”, which prompted many commentators to warn that the persistence of such disagreements may undercut the ability of the state to confront terrorist organizations, which always seek to exploit instability, at the security and political levels, to achieve their objectives and expand their influence.

In this context, Tunisian President Beji Caid Essebsi pointed to the direct correlation between the growing political differences and the surge in terrorist operations. One day after the latest operation, on October 30, he said “The climate created by the partisan conflict helps terrorism gain strong ground”, arguing that “political conflicts are a factor that has a negative impact on peace and security, and those who lie in wait always exploit these conflicts and the ensuing lax security”.

3- Lack of experience: The modus operandi of the attack suggests that the female bomber does not have sufficient experience to carry out such a type of suicide attack, which is also true of those who prepared the explosives, which indicates that the terrorist organization responsible for this operation is primarily seeking to recruit the largest number of loyal elements at the expense of having the necessary capabilities and expertise to carry out its operations.

4- Unknown operatives: Numerous reports indicate that the woman who carried out the attack was not known to the security services, especially since she had no precedents for joining any of the existing terrorist organizations, which led many commentators to call for a review of the Security Services’ measures in dealing with such terrorist operations.

Undoubtedly, the growing calls in the recent period cannot be divorced from the fears voiced that fear Tunisia may be on the threshold of a new stage that could see a surge of terrorist operations, a prospect that is based on many indicators: the first is the attempts of ISIS to control new areas after a clear decline of its influence over the previously controlled areas. Although it is currently seeking to return to those areas, for example, to Deir ez-Zor and Raqqa governorates, it has shown greater interest in new areas where it may seek to strengthen its presence.

ISIS is not alone in doing so, al-Qaeda seems to adopt the same goal, seeking to expand its scope of operations by activating the role of Uqba ibn Nafi Brigade, one of the key branches of the organization in the region, especially with regard to waging attacks against the army and police forces and targeting foreigners. Tunisian police forces in killing Bilel Kobi, one of the most dangerous leaders of al-Qaeda in the Islamic Maghreb (AQIM), on January 21, 2018, after he entered Tunisia to arrange for the return of al-Qaeda to the country.

The second is the proliferation of Salafi-Jihadism, which explains why Tunisia has, in recent years, become one of the key recruiting countries in the region from which fighters move to join terrorist organizations in both Syria and Iraq. This may also entice those organizations to return to Tunisia again in a bid to recruit more elements.

The third is the presence of sleeper cells, belonging to both ISIS and al-Qaeda, whose role has grown markedly in the recent period, evolving into one of the main mechanisms employed by these organizations to enhance their ability and revive their activities within Tunisia or to persuade some elements to join them.

To conclude, it can be argued that although the latest attack was carried out in a rather improvised manner, it does not diminish the likelihood that Tunisia may see a new wave of terrorist operations, as part of the repercussions of terrorist organizations’ defeats in both Syria and Iraq.