Will Tehran opt to Negotiate with Washington? 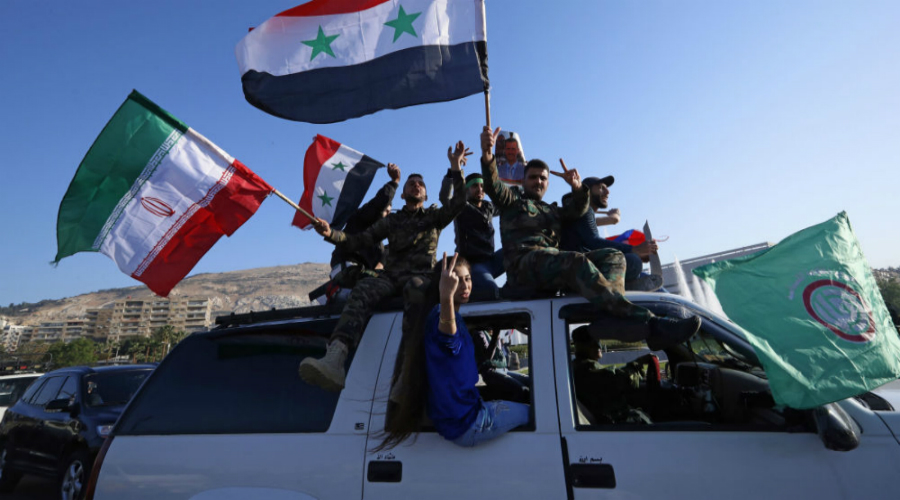 Currently, Iran is facing tough choices amid deepening disagreements with the US, which has not only withdrawn from the nuclear deal and imposed new sanctions, but also called on oil-importers to halt oil imports from Iran and search for other exporters. Moreover, Washington threatened to take more robust measures against Tehran to prevent it from redeveloping its nuclear program once again if the latter withdraws from the nuclear deal.

Undoubtedly, the pressure on Iran is compounded by its reliance on the possibility of keeping the nuclear agreement in place with the participation of European states, Russia and China. However, this has not proved to yield positive results, given the failure of European states to take measures to push their companies remain in the Iranian market, as many of those companies have been quick to withdraw following US threats to impose sanctions if they continue to operate in the Iranian market.

Thus, negotiations with Washington could become one of the options that Tehran might consider in order to head off the repercussions of other available options, which are basically few. Yet, this does not negate the fact that this option may have considerable costs the Iranian regime might not afford, for many ideological and political reasons.

A controversy is raging in Iran over the call by some Iranians for negotiations with Washington, considering that this option may be better serve Iran’s interests than other options. Those who prefer this option argue that it may help Iran avoid clashing with the US as a result of the current tensions.

Consequently, the outbreak of direct confrontation between Iran and the US is no longer excluded amid current tensions between the two sides, which will have dire consequences on the former, not only because of the huge imbalance of power between the two parties, which tilts in favour of the latter, but also because Iran has not been used to such pattern of confrontations. Iran has always avoided it and resorted instead to the “proxy war” policy through assigning terrorist militias, it has formed and trained, the task of defending its interests outside the country’s borders.

This is, of course, inseparable from the confusion that marked the stance of Iranian officials following the implicit threats made by President Hassan Rouhani during his meeting with the Swiss Confederation President Alain Berset on July 2, 2018, that Iran will block the export of oil from the region if pressure continues to stop the purchase of Iranian oil.

“Iran cannot close the Strait of Hormuz, which is the most important waterway in the world”, said Heshmatollah Falahatpisheh head of the Foreign Policy and National Security Committee of the Shura Council.

Here, numerous estimates have not overlooked the significance of the visit to Switzerland by President Hassan Rouhani in particular at this time, given the role played by the latter, as Switzerland represents US interests in Tehran since the break of diplomatic relations between the two parties at the beginning of the 1980s. The visit concurred with the recent meetings between officials from Tehran and the Sultanate of Oman, which have mediated between the two sides more than once, most recently prior to the announcement of a nuclear agreement on July 14, 2015.

Those who call for negotiating with Washington, seem to base their argument on the current negotiations between the US and North Korea, considering that tension and the conflict between the two countries did not prevent them from exploring other options that might help them settle the outstanding differences and reach a deal, despite the obstacles and the mutual threats made by each party over the past period.

Nevertheless, these justifications have not gained momentum from many entities in Iran, which continue to view the US withdrawal from the agreement as an important indication that they cannot trust reaching a “permanent" deal with the US, which has withdrawn from more than international treaty, and hence it cannot engage in strict international commitments.

The camp, which rejects negotiating with the US, argues that there are obvious differences between the two cases: the Iranian and North Korean, which diminish the importance of relying on it to justify the call for negotiations. Pyongyang has reached a stage where it possesses nuclear capabilities and a strategy that bolster its negotiating position with Washington, besides it will benefit from the experience of Iran’s nuclear agreement and the P5 + 1 group to try to obtain guarantees and enhance the chances of maintaining any possible deal with Washington.

Most importantly, any possible deal with the US- in the event of renegotiation-will not be confined to the nuclear program, but it will include many other issues and might entail new demands that the Iranian regime might not be able to fulfil.

In addition to the regional issues that Iran threaten to use when it faces multiple international and regional pressures, such as the Syrian, Lebanese and Yemeni issues, the ballistic missile program will be at the forefront of the issues that Washington will demand to be placed at the negotiating table.

Washington pays special attention to this program, not only because of the constant Iranian threats to use it in the event of a military strike, but also because the former is keen to make a link between the program and accusing Iran of trying to possess the nuclear bomb, since these missiles will be the delivery system that will carry the bomb to its target locations.

According to this vision, Israel would not be far from such negotiations; they expect the US to include normalization with Israel and hence ceasing support for organizations such as Hezbollah, Hamas and Islamic Jihad movements as a condition for the success of any possible negotiations with Iran.

But delving into such issues does not seem to be an easy option for the regime, although it has already reached understandings and deals with Washington and Tel Aviv in earlier stages, particularly during the war with Iraq (1980-1988).

Dossiers such as the missile program, the stance towards Israel, the terrorist and armed organizations present in some countries in the region are joined at the hip with the ideological construction upon which the regime has been founded from the beginning, for which the Islamic Revolutionary Guard Corps (IRGC) was formed, which would of course rush to put obstacles in the path of any call for taking steps to conduct such negotiations.

As well, the regime cannot easily sell that point of view to the Iranians at home because it runs contrary to the principles that it has tried to establish since coming to power, which could exacerbate its crisis and possibly its “isolation” at home.

In light of these tough choices and contradictory trends, Iran seems to be on the threshold of unprecedented strategic decisions that will have a profound impact on the future of its regime, which is currently facing internal, regional and international pressures that may be radically different from the crises seen over the past four decades.