Can the East Mediterranean Avoid a Scenario of Military Escalation? 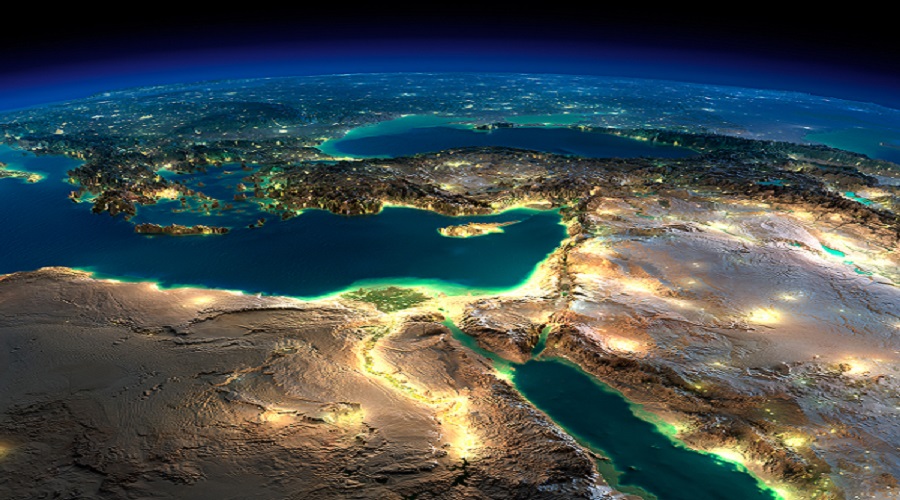 The increasing pace of exploration for new natural gas reserves in the east Mediterranean has caused an escalation of disputes among regional parties. This is driven in particular by their political disagreement which has been widening over the past years, as well the long-faltering process of their maritime border demarcation. The dispute resurfaced and recently became more visible between Israel and Lebanon on the one hand, and Turkey and Cyprus on the other, pushing all these parties to threaten a military option to settle the dispute over the offshore gas resources.

Amid the intensifying dispute, major world powers such as the United States and Europe proactively offered to intervene as diplomatic mediators to contain the development and avoid any possible military escalation that would further exacerbate an already complex security situation in the Middle East. Such diplomatic efforts can mitigate the current dispute, but cannot ensure a permanent settlement, especially because none of the involved parties, including foreign energy companies, is prepared to relinquish economic interests in natural gas development in the Mediterranean.

No doubt, Natural gas discoveries made in recent years in the east Mediterranean basin have strengthened the positions of the Mediterranean countries on the global energy map. According to the the US Geological Survey,  the eastern Mediterranean Levant basin, holds about 122 trillion cubic feet of recoverable gas and 1.7 billion barrels of oil, a huge wealth that made the region a central focus of global attention not only for global oil and gas companies but also for Western governments planning to diversify sources of their natural gas imports.

When global energy markets recovered in late 2017, global companies were able to continue drilling and exploration for natural gas in the east Mediterranean. Italy’s Eni launched operations in Cyprus in early 2018. A global consortium  made up of Eni, France’s Total and Russia’s Novak, is yet to start drilling off Lebanon’s coast this year, paving the way for more gas discoveries in the coming period.

For the east Mediterranean countries, natural gas discoveries are vital. For countries such as Egypt that continue to suffer energy shortages due to a growing gap between domestic production and consumption. Other countries such as Cyprus and Lebanon rely on foreign gas or oil imports to meet increasing domestic demand for power.  Additionally, new gas resources and increasing exports to foreign markets can generate foreign currency income.

From a European perspective, these discoveries come amid a general tendency in the continent to reduce dependence on Russian gas which accounts for 39.5 per cent of Europe’s total gas imports.  Other suppliers include Norway, Qatar and Nigeria. This tendency became more visible following political and security tensions between Europe and Russia over the Crimea crisis in 2014, which made Europe look at Russia as an unreliable supplier.

Within this context, European officials, highlighted the importance of the Mediterranean natural gas for meeting the continent’s demand. Recently on January 29, 2018, Claudio Descalzi, CEO of Italian energy giant Eni, was quoted by Reuters as saying that Gas projects in east Mediterranean countries such as Egypt, Cyprus and Israel will be key to help Europe diversify its gas imports. Descalzi added that Egypt could play the most crucial role in gas exports thanks to existing infrastructure and could become a hub, shipping as much as 20 billion cubic metres of gas annually in a few years.

It is no surprise that natural gas finds in the east Mediterranean have caused an escalation of tensions among regional players against the backdrop of their long-standing political disagreement, which was further exacerbated recently amid failure to demarcate maritime borders. The development comes at a time when settling the border dispute through international arbitration is considered an unacceptable, long and complicated process for several parties.

Accordingly, once the east Mediterranean countries started exploration drilling for natural gas in late 2017, two disputes broke out over how to share gas resources. One of the dispute involves Israel and Lebanon, and the second involves Cyprus and Turkey. Moreover, the scramble between regional countries to get a share of exports to global markets, in Europe in particular, as well as regional energy corridors, is likely to intensify in the future.

Regarding the dispute between Israel and Lebanon, the latter has already signed the first contract with foreign companies to jump start gas exploration. The move angered Israel, with Defence Minister Avigdor Lieberman describing a tender issued by Lebanon on a gas field, including Block 9, as “very challenging and provocative conduct.” Lieberman even urged  companies bidding on the offshore tender not to launch exploration activity in the disputed area.

The Lebanese government defied Israel’s warnings and  vowed to go ahead in its gas exploration tender near its maritime border with Israel, while Hezbollah pledged to confront any threats to the country’s “oil and gas rights”. The Lebanese militant group even threatened  to attack Israeli offshore gas platforms. The development is fraught with potential for an imminent war between the two sides if Israel conducts military action to prevent Lebanon from starting gas exploration in the coming period.

For years, Israel and Lebanon have been caught up in a dispute over a triangular area of sea of around 330 square miles that overlaps with Israeli claims. Moreover, Lebanon opposes a maritime demarcation agreement sealed in 2010 between Israel and Cyprus and claims an area of sea involved in the agreement.

Cyprus and Turkey too were involved in another dispute recently. On several occasions, Turkey voiced opposition to efforts made by Cyprus to demarcate maritime border with east Mediterranean countries, and Egypt in particular, before a plan to unify the island. Although it did not oppose Cyprus’ ownership of the Aphrodite gas field in the past years, Turkey strongly opposes plans to develop Cyprus' natural gas fields unless Turkish Cypriots get a share of income generated from the gas resources.

Based on these considerations, the Turkish Navy on maneuvers in the Mediterranean stopped the Saipem 12000 vessel, chartered by Eni, while on its way from an area between south-southwest  to southeast Cyprus to drill for gas in the waters off Cyprus. The move came as a Turkish warning that Cyprus cannot launch development of its resources without permission from Turkey. This can practically slow down gas exploration in Cyprus in the coming period.

Although Cyprus insists on its rights to oil and gas exploration in its territorial waters, the new tensions pushed Eni to move its drilling ship to a new area outside the Cypriot territorial waters in a bid to contain Turkish escalation. At the same time, the Italian company appears to be interested in distancing itself from any potential conflicts between the two sides that can cost it wide interests with any of the two parties to the conflict. According to its statements, the company adopted the same position in Lebanon.

To prepare for a potential conflict in the east Mediterranean, regional countries such as Israel worked on strengthening their naval capabilities. Germany will deliver corvettes to the Israeli navy that will protect offshore gas rigs and economic enterprises in Israeli waters.  The Israeli navy noted that the warships reflect its prioritization of protecting strategic economic assets in the country’s territorial waters.

But these signs of a potential conflict cannot overshadow the fact that the giant natural gas resources helped launch several initiatives for cooperation involving regional countries over the past years. Most importantly, two major alliances were created, with the first involving Greece, Cyprus and Egypt, and the second involving Greece, Cyprus and Israel. The two groups worked together to bring views closer together on natural gas production and exports as well as linking up gas resources in these countries.

These alliances resulted in practical steps taken towards demarcation of maritime borders and proposals to build pipelines, between the involved countries, and in particular from Egypt to both Israel and Cyprus. Moreover, a US$15 billion deal was signed by Egyptian firm Dolphinus Holdings with the developers of Israel’s Tamar and Leviathan offshore gas fields, to import around 64 billion cubic meters of Israeli natural gas  over 10 years.

In fact, the deal reflects a pragmatic approach to cooperation between the east Mediterranean countries that can expand outside the scope of the said two alliances. On the one hand, it will help meet Egypt’s current demand for natural gas. Additionally, it will consolidate Cairo’s position as a regional energy hub by 2021, as planned by the Egyptian Ministry of Petroleum. On the other, Israel will be able to overcome geopolitical and logistical barriers to its natural gas sales to foreign markets.

Major world powers such as the United States and some European states offered diplomatic mediation to ease the dispute among the east Mediterranean countries and avoid a potential military escalation in the coming period that can further exacerbate security hardships across the Middle East.

In a bid to calm the dispute the energy drilling between Lebanon and Israel, David Satterfield, the acting U.S. assistant secretary of state for Near Eastern Affairs, met with officials from both countries on February 18, to put pressure on both sides to defuse the situation and pledge not to seek military escalation. However, this bid cannot be separated from the fact that U.S. firms have interests in drilling activity in east Mediterranean countries such as Cyprus and Israel and seek to provide a safe environment for its operations in the whole Mediterranean Sea.

At the same time, Italy, which is a major partner to the development of Cypriot natural gas resources, worked towards containing recent tensions between Cyprus and Turkey. The Italian Ministry of Foreign Affairs recently underscored the need for seeking a solution that is satisfactory to all involved parties, including Eni, through international arbitration. Additionally, Eni, on February 22, said it had moved its drilling ship to a new area outside the Cypriot territorial waters, a clear indication that Italy is not interested in any escalation with Turkey. Russia too, through its Ministry of Foreign Affairs, stressed the need for interested parties to refrain from taking steps that could escalate existing tensions in the east Mediterranean that can add to security complications in the Middle East.

In light of these diplomatic efforts, the world powers may be able to contain the current energy dispute in the east Mediterranean for instance through putting pressure on involved parties to put gas exploration in the disputed areas on hold. But this does not mean that any of the parties, including foreign firms, is prepared to give up its economic interests in this region. This would mean that the dispute is likely to escalate in the future unless a comprehensive settlement to all disputes and issues is reached between all regional countries, especially regarding maritime border demarcation. 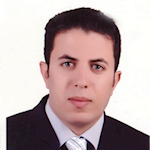