A War of Necessity

What if there Was No Intervention in Yemen? 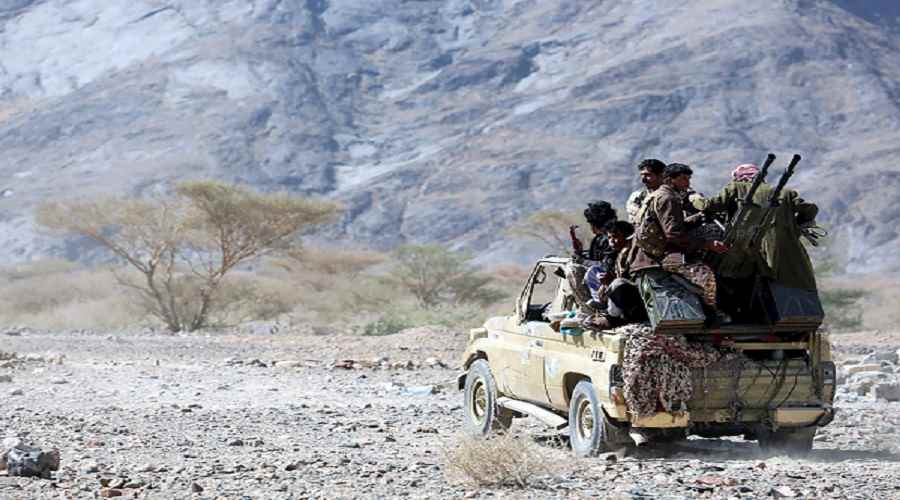 Long historical debates about the necessity of launching wars date back centuries. Some, for instance, still debate the utility of British involvement in the First World War, and argue that London should not have entered the war against Germany([1]). The Yemeni war should not be seen as an exception in this context. Nonetheless, rising criticism in western media questioning the rationale of this war and demanding its abrupt stop requires a further investigation of these demands and its logic, especially in light of western involvement in various Middle Eastern conflicts, notably Iraq and Libya.

A War of Necessity

“Richard Haass” defined “Wars of necessity” as essentially unavoidable. They involve the most important national interests, a lack of promising alternatives to the use of force, and a certain and considerable price to be paid if the status quo is allowed to stand. Examples include World War II and the Korean War([2]).

The Yemeni war could be seen from this perspective as a war of necessity. The Houthis, who aligned themselves with Iran, led a military uprising against the Yemeni transitional government led by interim president Abd-Rabbu Mansour Hadi, and recaptured the Yemeni Capital Sana’a in September 2014, and led an offensive to control the southern parts of the country. This put an end to the government, which was responsible for organizing democratic elections to hand over power peacefully. Thus, the Houthis were responsible for negating all options, except the military solution.

The Houthis move was not intended to only alter the internal power balance between Yemeni factions, but have external repercussions as well, and the Iranians were quick to highlight this fact. After the Capture of Sana’a by Houthis, Iranian Lawmaker Ali Reza Zakani, a trusted adviser to Ayatollah Khamenei, bragged that Sanaa now joins “three Arab capitals (Beirut, Baghdad and Damascus) which are already a subsidiary of the Iranian Islamic revolution”([3]).

It is under these circumstances that the Arab coalition decided to intervene military after the Security Council passed resolution 2216 under chapter VII of Charter. The resolution called “Houthis to withdraw from all areas seized during the latest conflict, relinquish arms seized from military and security institutions, and fully implement previous Council resolutions”. Furthermore, UK delegation in the Security Council supported Saudi-led military action at the request of the Yemeni President([4]).

Not an end in itself

The Prussian strategist Major General Carl von Clausewitz considered war as a political instrument and a tool of statecraft([5]). War is in fact not an end in itself, and the Arab coalition is aware of that as it did utilize the only available option which is military force to pressure the Houthis to respect UNSC binding resolutions. The resolutions reiterate that elections are the only means for reaching power, after the different parties in Yemen agree on the rules that will govern any future Yemeni political system.

However, Houthi rebels refused to take part in any negotiation process under the auspices of the United Nations, citing unreasonable conditions for participating like stopping the military campaign([6]). Moreover, they adopted escalatory measures such as forming an illegitimate government in November 2016([7]).

The Houthis only started to seriously consider peaceful negotiations, after the Arab coalition in Yemen managed to increase military operations against them, after the dissolution of their alliance with Ali Abdullah Saleh, the former president of Yemen in December 2017([8]). The Arab coalition moved on to cease the opportunity and managed with Saleh supporters to mount operations, in the western coast of Yemen, against Houthi strongholds in Northern Yemen.

Only after the military pressure on the Houthis intensified, did they start to change course, and reconsider negotiations, as Houthis officials were in Muscat by the end of January 2018 in a bid to restart U.N.-sponsored peace talks([9]).

In the words of John Mearsheimer; “The sad fact is that international politics has always been a ruthless and dangerous business”. He attributed this to the fact that the overriding goal of each state is to maximize its share of world power, which means gaining power at the expense of other states. This will alert other states who will try to counter these attempts by forming a balancing coalition, as evident in various coalitions in Napoleonic France, Nazi Germany, and the Soviet Union([10]).

Tehran tried to upset the balance of power after the American invasion of Iraq, where it managed, under the US occupation, to enhance its influence in a way unprecedented in the modern history of Iraq. The Arab spring in Syria presented the Iranians with another opportunity to utilize the chaos there to achieve hegemony over the Syrian state.

Tehran's aim was not directed to have a strategic relation with the Syrian Assad regime, but to turn it into a satellite state in the Iranian orbit. Various evidence supports this fact. Tehran developed Several militias in Syria such as the "Syrian Hezbollah" and integrated foreign Shiite fighters in these militias to guarantee a lasting leverage in Syria's security affairs([11]).

Moreover, the Iranians even tried to engineer a demographic change in Syria in order to expand its influence beyond the war. One of these attempts are the valleys between Damascus and Lebanon, where it is being repopulated with Shiite Muslims not just from elsewhere in Syria, but also from Lebanon and Iraq, rather than witnessing the return of their original predominantly Sunni Muslim families([12]).

Yemen, again, was no exception. The Iranian role in supporting Houthis militarily was documented. Vice Admiral Kevin Donegan, the Commander of the US Fifth Fleet, confirmed that the nine ships of an Iranian convoy that turned back before reaching Yemen in April 2014, were "filled with coastal defence cruise missiles, boats that we believe were explosive boats, [and] other weapons that were clearly on the decks" ([13]).

A recent United Nations report revealed that Tehran supplied Houthis with ballistic missiles (Borkan-2H short-range ballistic missiles), that the latter utilized to target several Saudi cities([14]). The report emphasized that Iran provided them with other arms as well as unmanned aerial vehicles. Thus Iran was in non-compliance with paragraph 14 of resolution 2216 (2015) by failing to stop its military support to Houthis"([15]).

In addition, the Houthis utilized the Yemeni coast in order to undermine maritime security, and threaten the military and oil shipments coming from the Arab Gulf and passing through the Bab-el-Mandeb strait. One prominent example in this context was the attack launched against a Saudi frigate in January 2017 by Houthi unmanned boat provided by Iranian Revolutionary Guard Corps forces, according to the U.S. Navy([16]).

Most importantly, Tehran is attempting by getting a foothold in Yemen  to entangle the Arab gulf states from the north (Iraq and Syria) to the south (Yemen). In this vein, the Saudi-led coalition in Yemen should be considered as not only as a countermeasure to the Iranian regional bid to threaten and undermine Arab gulf security, but to ensure global maritime security.

Several European countries demand ending the war in Yemen by halting the Arab Coalition attacks on Houthis and holding immediate negotiation with the Iranians to stop regional turmoil. However, such arguments miss the fact that the Iranians are concurrently pursuing expansionist policies, where negotiations are utilized to buy time to ensure that their allies of armed non-state actors managed to consolidate their power.

Furthermore, the demand to stop the Yemeni war comes at a time when the Arab Coalition Forces and the Yemeni National Resistance Forces continue their advance in the West Coast of Yemen in an attempt to liberate the strategic port city of Hodeida, and thus cutting off the supply lines of the Iran-backed Houthi militias([17]), in addition to opening another front to the north in the Houthi stronghold Saada and achieving considerable progress there.

The main aim of the war in Yemen is to restore the legitimate transitional government and prevent the Iranians from having a foothold in the Arabian Peninsula to undermine Arab national security. Citing Human right considerations to demand the end of the Yemeni war, without considering regional and global security considerations, ignores the fact the Americans fought side-by-side with the Iranian-led militias in Iraq, where the latter committed documented atrocities against the Arab Sunnis.  Safeguarding human rights should not ignore opening an investigation into the claims that more than 40,000 civilians were killed in the US-led battle to retake Mosul from ISIS, according to the Independent([18]).

[8]) Shoqi Maktary and Katie Smith, How Saleh’s Death Will Affect Prospects for Peace and Stability in Yemen, Search for Common Ground, January 2018, accessible at: https://goo.gl/WqDXeX

[18]) Patrick Cockburn, The massacre of Mosul: 40,000 feared dead in battle to take back city from Isis as scale of civilian casualties revealed, The Independent, July 19, 2017, accessible at: https://goo.gl/8h2HXw