How do Currencies Reflect the Arab Region’s Dynamics? 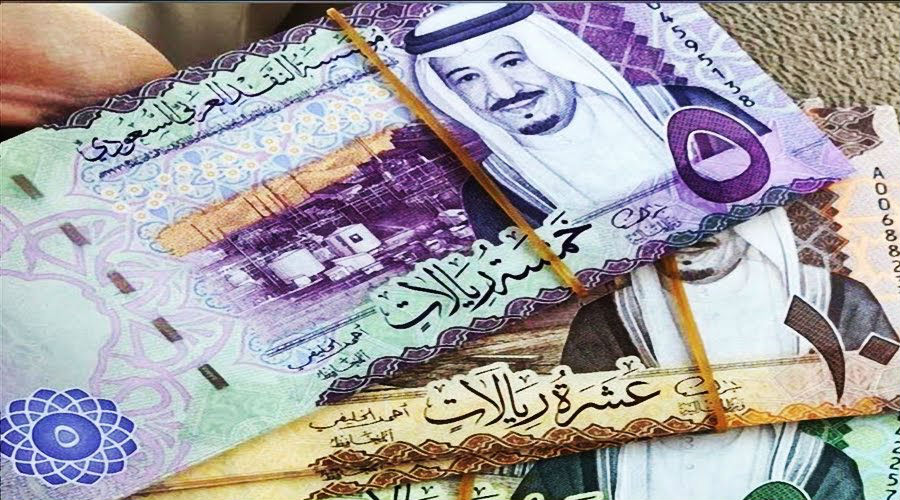 Currencies, whether paper or coins, real or virtual, digital or any other form, reflect the ongoing interactions in the Middle East region, as many developments demonstrate. The most striking events that demonstrated the dynamics of economic currencies within and among the Arab States are as follows:

1- Boosting the efficiency of cross-border transactions between states: “The United Arab Emirates is working with Saudi Arabia’s central bank to issue a digital currency that would be accepted in cross-border transactions between the two countries”, The UAE central bank governor Mubarak Rashed al-Mansouri stated on December 13, 2017. According to that approach, “digital currency would be used among banks, not by individual consumers, through a better understanding of blockchain”.

2- Allocation of financial deposits to prop up the national currency in another state: Saudi Arabia deposited $ 2 billion in Yemen central bank, on January 17, after a sharp decline in the exchange rate of the Yemeni rial over the past period, after the Houthi militia took over government institutions’ revenues, including sale of petroleum products, collecting the due amounts in Yemeni rial, manipulating the currency exchange rate, tampering with sovereign fund balances and civil and military retiree funds, and  seizure of exchange companies.

The central bank of Yemen said in a statement that the “Saudi deposit will provide Yemen with real opportunities to fulfill the commitments and overcome the problem resulting from the depletion of foriegn reserves by the Houthi militia after seizing the capital, Sana'a, and causing severe damage to the banking sector”. “The Saudi deposit came in response to the need of the Yemeni economy to open up new horizons to improve its ability to match supply and demand for foreign exchange, and to improve the overall balance of payments”, the statement added.

3- Expanding foreign exchange companies: In mid-2017, several Egyptian government banks began to expand into the foreign exchange market after the decision of the central bank to float the exchange rate of the Egyptian pound.

In this context, the vice president of the National Bank of Egypt (NBE) Yahya Abul Fotouh, said in a press release on September 16, that the “bank opened two branches in Cairo last August, and plans to open 13 new branches over the next six months in Cairo, Asyut and Mansoura, among other governorates. The bank plans to establish 30 branches until mid-2019. The objective of Al-Ahli Exchange Company is to improve the performance of the exchange market and to have more flexibility in dealing with individuals throughout the day and on holidays”.

4- Maintaining export competitiveness: The central bank, known as Bank al-Maghrib, introduced a more flexible currency exchange rate system for the dirham, beginning January 16, as part of reforms recommended by the International Monetary Fund (IMF). The Moroccan dirham is, to a large extent, pegged to the euro. As part of the recent reforms, Bank al-Maghrib reduced the relative weight of euro in the exchange rate to 60% instead of 80%, and raised the relative weight of dollar from 20% to 40%, to maintain export competitiveness and protect Morocco’s hard currency reserves.

In a recent statement, the government of Saad Eddine El Othmani said: “The gradual floating of dirham aims at strengthening the resilience of the national economy to external shocks, supporting its competitiveness and improving its development. It will also enable it to cope with the structural transformations that the Moroccan economy has gone through over recent years, particularly on the level of diversification, opening up and integration into the world economy”.

5- Renewed cycle of violent protests as seen in several Tunisian cities over the past few weeks, coinciding with the seventh anniversary of the revolution that toppled Zine al-Abidine Ben Ali's regime. The protests erupted against the backdrop of a complex crisis facing the country due to the decline in growth rates, budget deficit, worsening external debt compared to the gross domestic product, falling hard currency reserves, soaring inflation, increasing poverty and unemployment rates.  The Tunisian government needs to take decisions and pursue policies to introduce structural reforms to avert the “Greek scenario”.

6- Reducing the erosion of financial savings: At the end of 2017, conditions in Algeria eroded the savings of Algeria’s Revenue Regulation Fund (a financial institution established in 2002 by President Abdelaziz Bouteflika, with the aim of saving the difference of the surplus between the price of crude oil sales and the price approved in the general budget law for each year) which has served, over a decade and half, as a safety net to finance the budget deficit and balance of payments. Therefore, the prospects for 2018 point mostly to increasing inflation and declining purchasing power of broad sectors of society, amid government moves to print money to finance the budget deficit.

After 232 votes in approval of the amendments out of the 460 MPs, the government amended, in early October 2017, the Money and Credit Law which regulates the banking system, in order to adopt non-traditional financing that allows public treasury to borrow directly from the central bank and print more banknotes (dinar). The aim of this approach, according to various statements by the Algerian Minister of Finance (Treasury) Abderrahmane Raouia, is to avoid resorting to external debt, heal from the Black Decade of the 1990s, and bridge the oil shock gap.

7- Issuance of special coins as was the case with the authorities in eastern Libya, coins were made in Russia and arrived in Benghazi through the port of Benghazi, which was opened after three years of closure due to infighting between armed factions, and the currency went into circulation starting from 2 November 2017. This measure reflects the reality of the two rival governments, one in Tripoli in the east and the other in Tobruk in the West, as well as two parliaments and two central banks, each supported by armed groups. These currencies have been introduced to overcome cash shortages.

8- Easing pressure on fractured regimes: This is particularly true in al-Assad regime in Syria, with the central bank of Syria offering a new 2,000-lira banknote that went on circulation on July 2, 2017, in various towns and villages under the control of the regular Syrian army. The new banknote has the largest value among Syrian banknotes. At a press conference held in Damascus on July 2, the governor of the central bank, Duraid Durgham, said that “In view of the increased wear and tear of banknotes currently in circulation, the bank found that the time was right to put the 2,000 lira in circulation, which enjoys high security features, difficult to falsify or counterfeit, and easy to differentiate”. This comes six years after the outbreak of armed conflict, devaluing lira more than tenfold against the currency basket. The currency has plunged in value from 46 Liras to the dollar in 2011 to 537 to the dollar in 2017, according to Syria’s central Bank.

Syrian armed opposition institutions have refrained from using the new banknote, citing fears that the Assad regime aimed to withdraw foreign currencies such as the US dollar and the Turkish lira from areas under the opposition forces and use them to cover part of the accumulated financial burden due to the long years of war. District councils in the areas under the control of the armed opposition forces have also banned trading in the new banknote, chiefly the local council of Akhtarin in the northern Rif Aleppo, which imposed a one-year prison sentence on any person to use this new banknote.

Putting the brakes on 'federalism'

9- Suspending financial transactions with secessionist regions: On 3 October 2017, the Central Bank of Iraq informed Kurdistan Regional Government that it would stop selling dollars to the four Kurdish banks and stop all foreign currency transfers to them. These threats came in the aftermath of the air embargo imposed on direct international flights to Kurdistan. The looming suspension of financial transactions with Iraqi Kurdistan may explain the financial liquidity crisis that may face Arbil if it does not bow to regional pressures, from Iraq, Iran and Turkey.

10- Drying up the sources of funds for political opposition figures: It is the policy espoused by the Qatari government against some opposition figures abroad, such as Sheikh Abdullah bin Ali al-Thani, because of his mediation with Riyadh to open the Saudi border to Qatari pilgrims and King Salman bin Abdul Aziz’s allocation of planes to transport them, as well as replacing the Qatari currency with the Saudi riyal. Commenting on the incident, Sheikh Abdullah tweeted on the evening of October 14, 2017, saying that “The Qatari regime has honored me by freezing all my bank accounts”.

11- Isolating countries with suspicious bank transactions: Global banks exercise caution with Doha’s financial transactions following actions taken by the anti-terrorism quartet since June 5, 2017. Although this concerns Doha’s support for terrorist groups and organizations, Doha fraudulent as usual, drives its media to portray this measure as a foreign campaign targeting its currency. In this context, Qatar Central Bank stated, on 21 December 2017, that it had launched a probe into what it termed “attempts to damage Qatar’s economy” through manipulating the currency and securities markets, however it did not say how those entities are trying to sabotage its markets.

12- Issuing religious fatwas prohibiting trading in virtual currencies (bitcoin) as they do not have serial numbers and are not subject to the control of governments and central banks compared to traditional currencies, but are traded through the internet only, with no physical presence. Bitcoin was traded for $1,000 in January 2017 and hit $13,000 in January 2018. The exchange rate of this virtual currency is spiking day after a day with the growing tendency to extract currencies from central banks' control, a phenomenon that may spread in fragile financial positions- states, posing significant risks to users.

Against that backdrop, the Egyptian Fatwa House confirmed, on January 2, the forbiddance and prohibition of trading in the virtual currency, whether it be through selling, buying, among other things. Egypt’s Grand Mufti, Dr.Shawki Allam has attributed the prohibition to the reason that “the virtual currency may be an easy way to secure stable and safe financial resources for terrorist groups and facilitate financing of prohibited practices, completion of trade and illegal transactions such as the sale of arms and drugs in communities”. In addition, Palestinian Fatwa House issued fatwa, in mid-December 2017, forbidding trading in the virtual currency because it is associated with gambling and it poses serious risks.

In short, currencies, in their various forms, have become a major determinant not only of the strength of the Arab national state and its economy but also the nature of its interactions abroad, where economic and financial dimensions have evolved to encompass politics and security as well.