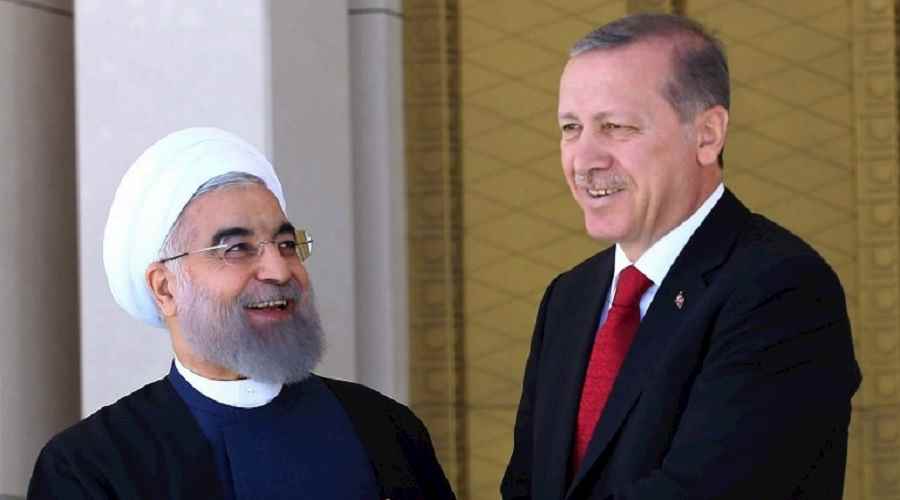 The Iranian regime has moved to forestall the crisis, sending messages at home and abroad that the protests will subside over time. The next step might be to rearrange the domestic balances and political map, as Iran after the #IranProtests would not be the same as before it. This means that some key institutions in the regime may seize the current situation to settle scores with its adversaries.

Hence, if the current internal tensions ease and protests recede, the Iranian regime may follow Erdogan’s method in dealing with his adversaries, i.e. the policy pursued by the Turkish President Recep Tayyip Erdogan against anti-regime groups in the wake of the coup attempt that took place in July 2016.

The Iranian government has begun to reinforce the impression which the regime is trying to promote, as it resumed internet services to some areas where calm has been restored after the clashes that erupted between protesters and security forces, following a request to the Supreme National Security Council that was managing the crisis politically.

Some members of the Council, especially security officials, insisted on maintaining restrictions on the use of social media networks due to the situation facing the state, since those networks played a major role in fueling the protests after some demonstrators had used them to publish the timings and locations of protests in different regions. In this context, officials pointed to the high number of Iranians using these networks, particularly Telegram, which is used by about 58.4% of young people over 18 years of age.

The government has continued to adopt measures to relieve economic pressures program on farmers, reducing the value of agricultural crop insurance, from 1350 billion tomans ($3 billion and 750 million) to 1,000 billion ($2 billion and 777 million), and allocated 1000 billion tomans for export promotion, on the hope that the Budget Committee would endorse it. Several Iranian reports also talked about the possibility of repealing the VAT Act, which had aroused considerable resentment within the grassroots community in the  period before the outbreak of protests.

In tandem with that, there are signs that the regime could take advantage of the protests to settle  scores with its opponents, even if they were not directly involved in supporting the protests. This aims at rearranging internal political alignments and balances before the election of a successor to the Supreme leader, Ali Khamenei, in case of his absence from the scene, amid fears of the possibility of renewed protests following his death at any moment. One of the main slogans raised during the protests was against the Supreme Leader’s positions and policies.

Here are the main indicators of the move towards settling scores with some parties:

1- Accusing some leaders of the reformist movement of supporting the protests. key leaders of this movement have been keen to steer away, even some of them sought to send messages that they denounce the violence and the U.S. backing for the protests.  Leaders include former president Mohammad Khatami, who has been placed under political and security restrictions by the Iranian authorities since 2009.

Moreover, the Public Prosecutor’s office in Mashhad, the starting point of the protests, summoned reformist leaders Gholamhossein Karbaschi and Hamidreza Jalaeipour based on a complaint filed by the office of Imam Juma of Mashhad, Ahmed Alam-al-Huda. Alam-al-Huda accused the two leaders of spreading lies and misleading public opinion in order to dismiss the accusations levelled at al-Huda himself of stoking the protests.

One of the leaders of the fundamentalist Conservatives Hamidreza Taraghi, a member of the Islamic Coalition Party, also warned the reformers against exploiting protests for political gain, saying that this could prompt fundamentalists to reveal documents on private meetings held by reformists in the past days to discuss the position that can be taken to deal with recent developments.

However, the stance of the regime on some of the movement’s key figures like Khatami, and on pending issues such as the house arrest placed on Mir Hossein Mousavi and Mehdi Karroubi, is not yet clear, as there are two trends. The first trend calls for putting an end to this issue and ease the restrictions imposed on the leaders of the Green Movement gradually until their final exemption. The second sees the current circumstances do not permit ending this issue, adopting more hardline stance about their amnesty, as they are responsible for the 2009 crisis, and there even those who call for bringing them to trial and sentencing them to death.

2- Announcing the arrest of 70% of the instigators of protests, signaling that the regime will take advantage of these developments to pursue a new policy based on what some of its supporters have called “purging the state and institutions” from anti-regime elements and agents of foreign entities.

In this context, the authorities have focused on social media activists who have helped organize the protests, through providing maps of the locations and timings of protests. Thus, some security officials, such as the Police Chief Brigadier General Hossein Ashtari expected that protests would gradually subside over the coming days as the bulk of the organizers have been rounded up.

3- Ratcheting up pressures on Rouhani and his government to weaken his political standing and to exert severe pressure on the moderates in general. In this vein, it was remarkable that some media outlets associated with the fundamentalist conservatives published reports that did not rule out the possibility of changing the whole government, considering that the economic policies of the current government, according to their allegations, were the main reason behind the recent developments.

This coincides with widespread criticisms leveled at Rouhani's government by the fundamentalist conservatives as the former accused political opponents of stoking the protests. This also came after reports that fundamentalists led the protests that had started from Mashhad before spiraling out of control.

4- Turning up the heat on certain ethnicities, particularly the Kurds, who participated in the protests, as indicated by the maps of protests published by some Iranian websites. Accordingly, the Kurds can be subjected to strong pressure from the regime in the post-crisis phase.

This is due to numerous considerations, the most important of which is that the Kurdish regions have often witnessed strong protests against the practices of the regime, such as Mahabad protests that erupted in May 2015. In addition, tension is a hallmark of Iran’s relations with the Kurds in general, amid the recent developments, such as the attempt of Kurdistan to secede from Iraq and establish an independent state.

5- Crack down on those accused of aligning with opposition groups abroad, chiefly the National Council of Resistance of Iran and Mujahedeen-e-Khalq, after they tried to rally more citizens to participate in protests and hold demonstrations in some Western capitals to call on Western countries to change their positions towards Iran.

Furthermore, the Iranian authorities announced that, in parallel with the arrest of 70% of the instigators of protests, they detained a European citizen in Borujerd county, as he was “leading and directing the agents of chaos” adding that “He has been trained by European intelligence services”, according to the authorities.

In sum, the Iranian regime is gradually moving towards changing the map of political alignments at home after the current protests end, heralding a new phase that will alter the political balances governing interactions between the major political forces and institutions within the regime.